Five Things to Do Around Alberta This Week - Part III

Well hello there, nice weather! After our typical “is it spring or is it an extended winter” season in Alberta, which was compounded with the loneliness of the pandemic, it’s nice to have beautiful weather again, just in time for the increased gatherings that are on the way.
Jun 3, 2021 7:00 AM By: Nerissa McNaughton 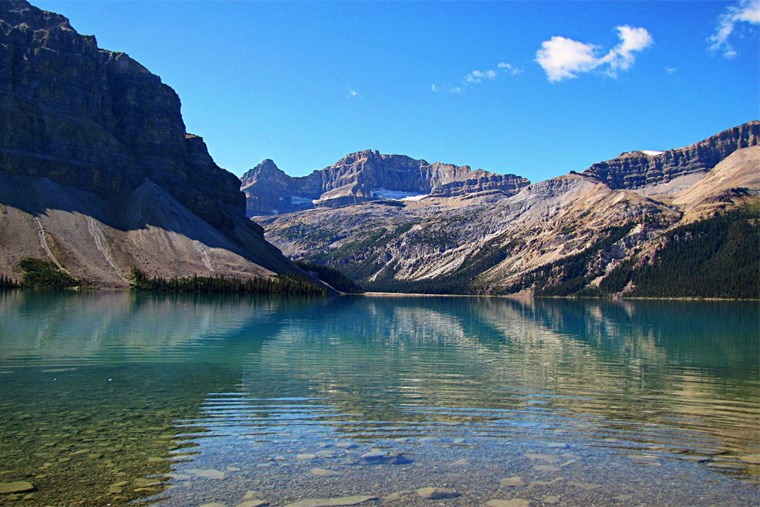 This also means attractions that have scaled back during the pandemic are opening up more fully again. Here are five you can enjoy in the sun with your friends or family (depending on restrictions as they ease – please continue to be safe to protect yourself and others and follow recommended guidelines).

Nordegg is home to one of Canada’s largest industrial heritage sites. The Brazeau Collieries, until the mid-1950s, produced coal briquettes that powered trains. When the switch was made to diesel engines, the mine, and the town, faltered. At one point operations ceased and the mine became frozen in time. Briquettes sit ready to move. Structures stand in defiance of time. Even some personal effects remain left behind. While mine tours are closed during the 2021 season due to COVID, Nordegg itself remains a great place to visit during the summer. It’s famous for a variety of campgrounds and is one of the places in the province where you can spot herds of wild horses. There are plenty of trails, the stunning Abraham Lake, a town with amenities, and endless opportunities for an affordable getaway in one of the most picturesque locations in the province.

Handle-Bar’s goal and motto is to “make the extreme accessible.” To this end the company provides backcountry adventures tailored to all skill levels. From family adventures to trips for singles, and adventures for specific age groups, everyone can get out and enjoy the great outdoors. Day trips, overnight trips, kid camps and more provide choice among incredibly unique experiences such as the Early Morning Caffeinator and the After Work Breather, beginner bike rides and full day trips, to mention just a few. With all the options, there is a way for you to enjoy nature no matter your schedule or your budget. Handle-Bar is open and operating safely during COVID, so choose your adventure at www.handle-bar.ca today. 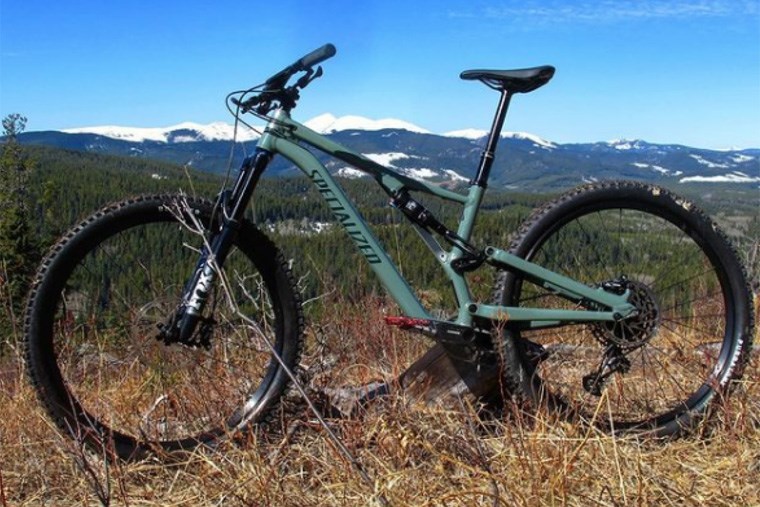 The Specialized Stumpjumper, a fantastic trail bike you can rent from Handle-Bar

In the wee hours of April 29, 1903, a roar started, then gained momentum. It was so loud that people in the town of Cochrane, more than 200 kilometres away, heard the sound. Clearly something distressing was happening, but what? It was the tragedy of the Frank Slide. Rock and limestone fell from Turtle Mountain burying about three square kilometres up to 150 feet in some areas. More than 90 people perished, and many bodies have never been recovered. The Frank Slide Interpretive Centre provides an interactive look at the tragedy, honors the victims, and explains the lessons learned in both geography and overcoming trauma since the event. The Centre is going to reopen soon, so like their Facebook page for the latest updates.

Creeeeeek! What’s that sound? You’re standing on the plains. The area is abandoned, save for a sight seldom seen in Alberta. Giant, old windmills tower above you. The blades turn slowly though nobody is around. Creeek! It’s haunting. And it’s beautiful. But mostly haunting so if you like a good ghost town, here is where you want to be. It’s not just the gentle giants turning year after year that haunt this place. In an incident a little too close to home, the population was wiped out in the Spanish Flu of 1918, and was further plagued by drought, storms, grasshoppers, and harsh winters. Now, 100 years after it was established, less than 50 people live in the shadow of the endlessly turning windmills.  Etzikom’s Canadian National Historic Windmill Centre collects and preserves the windmills so you can enjoy how time can appear to stand still despite its relentless march onwards. Open seasonally, the Center is a favourite stop for Albertans and tourists alike.

You literally cannot have a town named Vulcan and not honour Star Trek. This town has more than embraced its name with a large Starship Enterprise replica in front of a spaceship…ahem…museum. After reading the greeting at the Enterprise in Klingon (or Vulcan if your Klingon isn’t so good, and English if you don’t speak either fictitious languages) proceed into the museum where Star Trek is prominently celebrated through real props and artifacts from the series and movies. It’s a small museum but packs a big impact for Trekkies and non Trekkies alike. To live long and prosper while enjoying the site, take a peek at what to expect on their Facebook page.

Nerissa McNaughton is a freelance writer and a contributor to Great West Media. This story was written for the Hot Summer Guide advertising feature. It is not written by and does not necessarily reflect the views of the editorial staff.