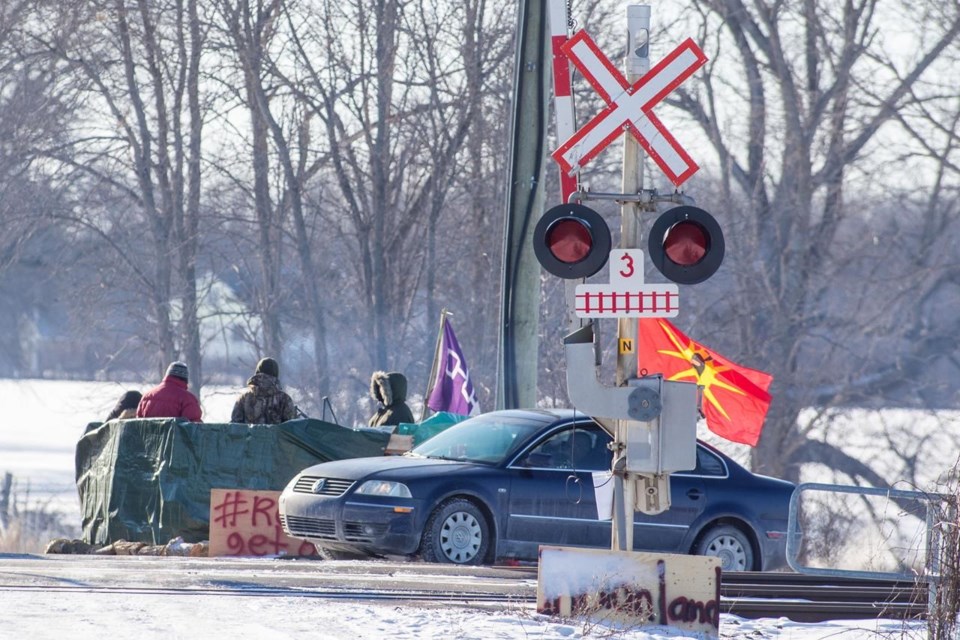 Kenney says Canada is a commodity-producing country and most of those go by rail.

He says if rail service isn't restored soon, thousands of jobs are at risk because of what he calls "angry fringe groups."

The blockades started with a protest by some Indigenous groups over the Coastal GasLink natural gas pipeline that would pass through First Nations territory in British Columbia.

Prime Minister Justin Trudeau says the disruptions must be resolved through dialogue, not by ordering in the police.

Kenney won't say what he thinks Trudeau should be doing.

But he did say Friday that he believes "this is not just a regional issue and it's not just isolated. This has become a national economic crisis."

Kenney noted there are domino effects from the shutdown that are affecting people, including rail workers and agriculture producers.

"It means that our farmers here in the West are going to have a harder time getting their products to market," said Kenney.

"And guess what? Our farmers — they don't have defined benefit pensions. They don't have job security. They don't get paid unless that grain gets loaded onto the trains. Trains that are now being shut down.

"I think Canadians are losing patience with this. I know Indigenous people are."

This report by The Canadian Press was first published Feb. 14, 2020

Alberta doctors getting ready for court fight against new pay, benefits deal
Feb 21, 2020 4:57 PM
Comments
We welcome your feedback and encourage you to share your thoughts on this story. We ask that you be respectful of others and their points of view, refrain from personal attacks and stay on topic. To learn about our commenting policies and how we moderate, please read our Community Guidelines.