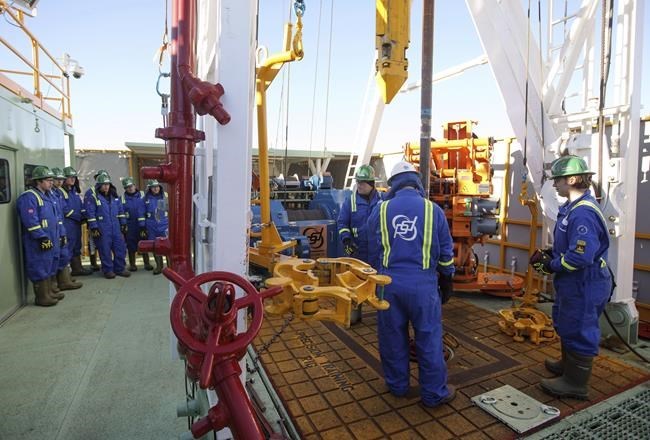 CALGARY — Progress in getting oil export pipelines approved is boosting optimism in Western Canada's oilpatch, leading to more demand for rigs and hundreds of crew members being called back to work, the CEO of Precision Drilling Corp. said Thursday.

But while brighter outlooks have boosted the number of rigs it has in the field, Kevin Neveu said his forecast for 2020 growth is modest, with average activity likely winding up flat compared with last year.

"Today we are running 80 rigs, versus 55 at this time last year," he said on a conference call to discuss fourth-quarter results.

"We expect Precision's Canadian activity will remain in the mid-70s through the end of February, and that the seasonal spring breakup slowdown will be weather driven, rather than a function of budget exhaustion.

"Overall, with a 40 per cent increase in rig activity year-over-year, Precision has added 450 new field personnel since mid-2019," he said.

Increased demand is coming from producers tapping liquids-rich natural gas reservoirs in the Montney and Duvernay areas of western Alberta and northeastern B.C., and in heavy oil, including thermal oilsands, he said.

The two go hand-in-hand as producers use condensate, a light petroleum produced with natural gas, to dilute heavy oil so that it will flow in a pipeline.

While sentiment is up based on advances in getting the Trans Mountain expansion, Keystone XL and Line 3 replacement pipelines built, Neveu warned the Canadian oil and gas sector remains "highly sensitive" to macro economic news.

Precision's report follows a forecast from the Canadian Association of Petroleum Producers two weeks ago that predicted a jump of about $2 billion in capital spending in the oil and gas sector this year, after spending declines in four of the past five years.

That will take the total to about $37 billion, which is less than half as much as in 2014 when investment levels reached $81 billion, the group said.

Meanwhile, the Petroleum Services Association of Canada recently revised its 2020 drilling forecast to 4,800 wells, an increase of 300 wells or seven per cent from its October estimate.

Precision shares jumped by more than 10 per cent on the Toronto Stock Exchange Thursday after it reported fourth-quarter revenue and earnings that beat expectations.

The figures beat analyst expectations of a net loss of $16.6 million on revenue of $357 million, according to financial markets data firm Refinitiv.

The company's 13 per cent decline in revenue in the fourth quarter was blamed on lower oil and gas drilling activity in both Canada and the United States, offset by higher activity in its international operations.

It reported a net after-tax loss of $15 million in the quarter due to decommissioning drilling and other equipment that no longer meets technology standards.

This report by The Canadian Press was first published Feb. 13.

Companies in this story: (TSX:PD)

Alberta doctors getting ready for court fight against new pay, benefits deal
Feb 21, 2020 4:57 PM
Comments
We welcome your feedback and encourage you to share your thoughts on this story. We ask that you be respectful of others and their points of view, refrain from personal attacks and stay on topic. To learn about our commenting policies and how we moderate, please read our Community Guidelines.