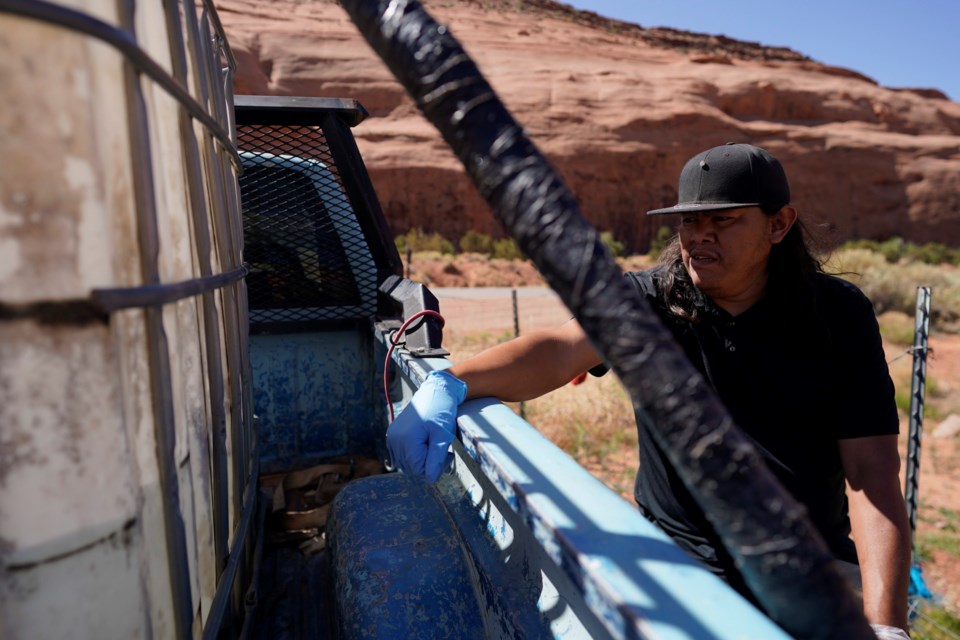 ORLANDO, Fla. — Even though they're , two New Mexico counties couldn't be further apart in the rate of people answering the 2020 census.

Los Alamos County, where the atomic bomb was born and many people are highly educated, has one of the nation's highest response rates at 79%. Rio Arriba County, where a language other than English is spoken in over half of homes, is at the bottom at 9%.

The reason for the difference? Households in Rio Arriba and other rural counties across the U.S. rely on census workers to drop off their questionnaires, which was on hold for a month and a half because of the coronavirus pandemic.

While the U.S. Census Bureau is restarting that work, leaders in rural America worry it will be difficult to catch up in communities that are already among the toughest to count. Ultimately, it could cost them congressional seats and federal funding for highways, schools and health care that the once-a-decade count divvies up.

“We have historically been underrepresented in the past, and there’s an unfortunate precedent to show we will be underrepresented again. This pandemic makes it all the more challenging,” said Javier Sanchez, mayor of Espanola, a city of 10,000 in Rio Arriba County. “I think we are struggling like every other rural community and doing the best we can amid these problems when so much is at stake in the next 10 years.”

A rolling census count shows that states with large rural populations are lagging behind the rest of the nation in answering the 2020 questionnaire. They have the largest concentration of households dependent on receiving forms from census workers in the spring.

Around 5% of U.S. households fall into that category, but it accounts for anywhere from about 17% to almost 30% of homes in Alaska, West Virginia, New Mexico, Wyoming, Maine, Vermont and Montana.

These are places where homes are spread apart and often hidden from main roads. Internet access is poor, and this is the first census that most people are encouraged to respond online.

Many people lack traditional city-style addresses, get their mail by P.O. box or live in areas with high concentrations of vacant, seasonal housing. While they wait for hard copies from census workers, the rest of the U.S. mostly is contacted by mail — either with invitations to respond online or with a paper form.

Two months after most U.S. residents could start answering the 2020 census, response rates in states that have many households without city-style addresses ranged from 40% to 50%. The national rate is 59% as of mid-May.

Households without traditional addresses are especially common on tribal lands, which have a history of being undercounted.

“It’s like criticizing someone for not voting when you never handed them a ballot,” said Jose Viramontes, a spokesman for I Count NM, which is leading census outreach efforts in New Mexico.

For Mayor James Schell of East Helena, Montana, an inaccurate count could jeopardize the potential for another U.S. representative pushing for federal funding to upgrade roads and wastewater infrastructure.

“By having that extra representation, more monies could be introduced for roads, water, sewers,” Schell said.

The Census Bureau will “absolutely” be able to catch up with the rural count, said Tim Olson, associate director of field operations. When work was suspended in March, only about 10% of households without city-style addresses had received questionnaires. Now, it's at 30% two weeks into restarting door-to-door work in some places, he said.

But in some tribal areas, response rates were below 15% as of mid-May.

“It’s looking like there’s a real possibility of an undercount, given the obstacles we are facing,” Ta’jin Perez, program manager at Western Native Voice, an advocacy group in Montana.

During the last census in 2010, American Indians and Alaska Natives living on reservations were undercounted by 4.9%, according to the Census Bureau, by far the highest undercount of any group.

Olson acknowledged that some tribal lands have closed themselves off to stop the spread of the virus, and census workers won't be able to drop off questionnaires until they reopen.

“There may be some pockets that are further delayed," he said.

The pandemic has forced the Census Bureau to push back its deadline for finishing the count from the end of July to the end of October.

The agency says it’s restarting operations this week in Puerto Rico, where census forms are required to be dropped off at homes because of the devastation from Hurricane Maria in 2017. The island has a very low response rate as of mid-May — over 8%.

In West Virginia, almost 30% of households don't have traditional addresses, and the state's response rate is 47%.

While the state is getting back to pushing rural residents to fill out the census, halting work on the ground in March was like playing a ballgame “with three players off the field,” said Andy Malinoski, a spokesman for the West Virginia Department of Commerce.

White House forces reporters to ditch social distancing
Jun 5, 2020 3:07 PM
Comments
We welcome your feedback and encourage you to share your thoughts. We ask that you be respectful of others and their points of view, refrain from personal attacks and stay on topic. To learn about our commenting policies and how we moderate, please read our Community Guidelines.