Laura Walker hoping to finally break through at provincial championship
Jan 5, 2020 11:30 AM By: Bruce Campbell 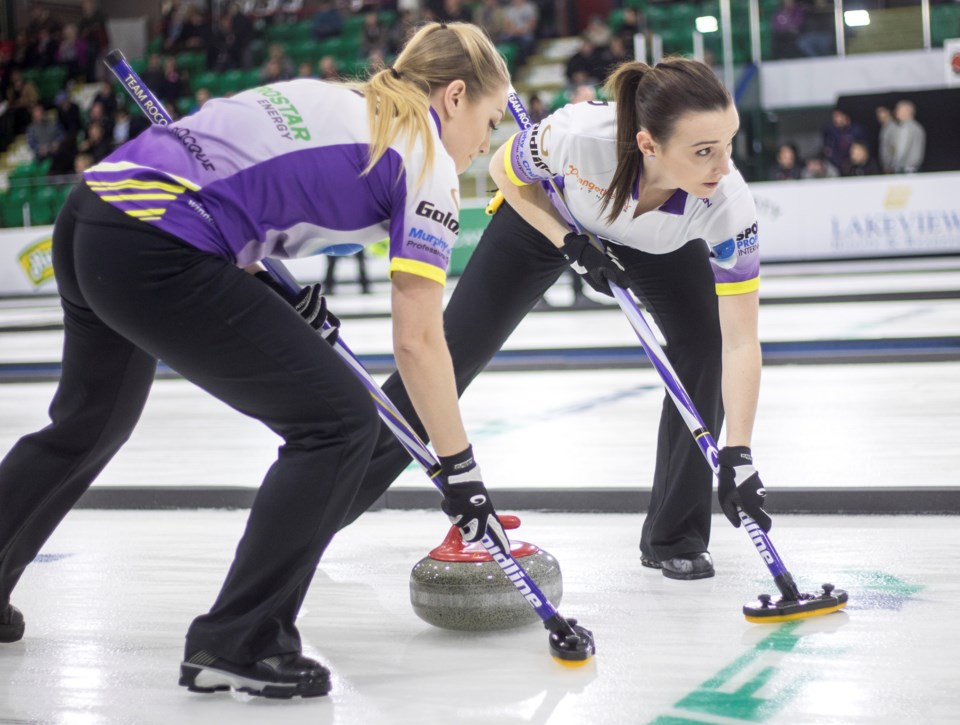 An Alberta skip may be hitting her stride with her new team as it prepares for the 2020 Alberta Scotties Tournament of Hearts in Okotoks later this month.

Laura Walker from the Saville Curling Centre in Edmonton, earned her ticket to the Scotties in convincing fashion by going 3-0 at a qualifier in Calgary in December.

She downed Hollie Vincent 7-3, dispatched Okotoks Curling Club’s Sheena Engel 7-1 and then edged Ryleigh Bakker 10-2 in the A final to advance to Okotoks.

“We won all of our games fairly easily, but we also got a little bit lucky with the right miss at the right time from the other teams. It was just the right timing for us,” Walker said.

This is the first year for Walker’s new rink which consists of Kate Cameron at third, Taylor McDonald at second and Nadine Scotland at lead.

“I used to play for a long time with Taylor McDonald, who is our second, so we had a pretty good relationship which kind of started things off,” she said.

Walker grew up in the Toronto area and curled with Rachel Homan, who now lives in St. Paul, Alta., as a junior before moving to the Wild Rose province in 2012.

Walker, then Laura Crocker, won a silver medal at the Junior Worlds in 2010 with Homan.

She has knocked on the door in the Alberta Scotties in the past, but has not ever broke on through to the other side to qualify for the Scotties national championship.

Walker’s best showing was in 2015, when as a third on a rink skipped by reigning Canadian champion Chelsea Carey, they lost in the finals to Val Sweeting.

Last year, she was knocked out of the Alberta Scotties by Jodi (Marthaller) Vaughan.

Vaughan is one of five rinks who have qualified for the 2020 Alberta Scotties, along with Casey Scheidegger, Kayla Skrlik, Kelsey Rocque and Walker.

Three more teams will qualify at a playdown at Jasper Place in Edmonton on Jan. 10-12.

Walker said whoever comes out of the Scotties in Okotoks, will have more than earned it.

“Alberta is always a strong field,” she said. “We know that we have to play really well to do well, but we feel like we are starting to jive as a team and we are starting to figure out what we all need to do to click and play well together.

“If we play the best that we can, we should have a good shot at the end of the week.”

Walker has some experience in solid curling relationships. She is married to Geoff Walker, an Albertan who curls with the Brad Gushue rink, which represents the not-so-close Newfoundland and Labrador.

The winner of the 2020 Alberta Scotties will advance to the Canadian Scotties in Moose Jaw in February.

“The (Canadian) Scotties is the one thing, besides from the Olympics, is the goal of mine that I haven’t yet achieved – it’s never quite been our year,” she said. “We want to go there (Okotoks) and we want to win it.”

The 2020 Alberta Scotties Tournament of Hearts is Jan. 22-26 at the Murray Arena.

For ticket information go to https://okotokscurling.com/eventTickets.php/2020-ab-scotties-tournament-of-hearts

About the Author: Bruce Campbell

Bruce Campbell is the editor for Okotokstoday.ca and the Western Wheel newspaper. He is a graduate of Mount Royal College journalism program, 1991. For story tips contact bcampbell@okotoks.greatwest.ca
Read more