Alberta ends carding, brings in new rules on when police can stop and question 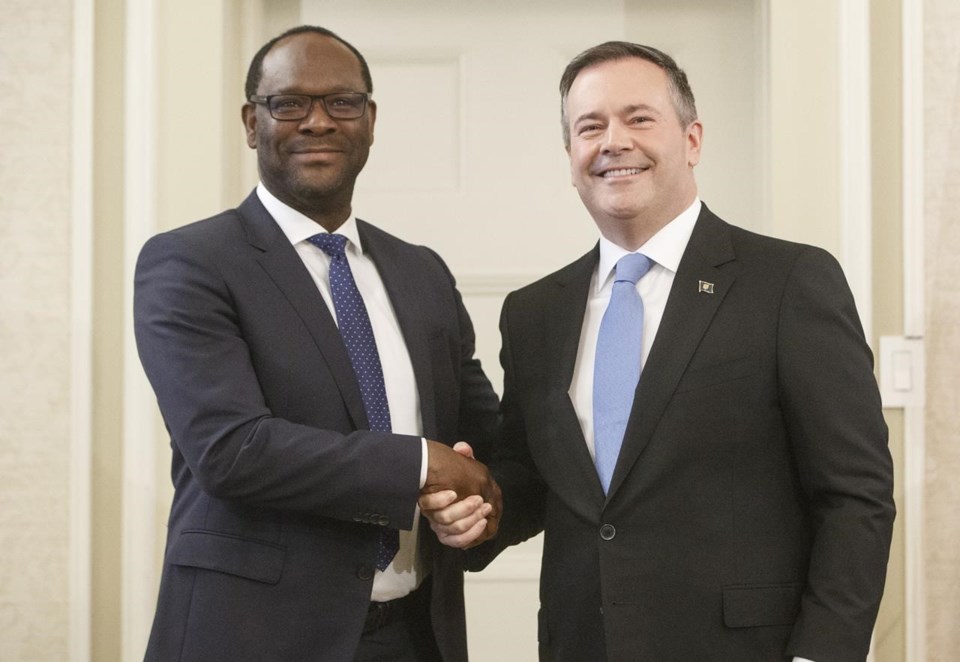 EDMONTON — The Alberta government has banned the practice of carding by police and is bringing in new rules on when officers can randomly stop and question people.

Justice Minister Kaycee Madu says members of Black, Indigenous and other communities have expressed concerns that they are unfairly targeted and harassed.

“It creates distrust and alienation between law enforcement and the communities they serve,” Madu told a news conference Thursday.

“It creates a dynamic of opposition instead of partnership co-operation. We cannot allow this to continue.”

Police services in Alberta currently have a patchwork approach to carding and to street checks.

Street checks will continue, but Madu said new guidelines that take effect immediately make it clear that police can collect personal information from the public only in specific circumstances, such as when investigating a crime.

Police must also make it clear that citizens questioned during street checks have a right not to answer questions and are not obliged to provide personal identification.

Alberta’s police services are to train officers on how to comply with the new rules and help get the word out through online messages and public forums.

There will be more oversight. Police services are being required to review their street check data four times a year and provide annual reports to the province.

Edmonton police Chief Dale McFee, president of the Alberta Association of Chiefs of Police, said the changes strike the right balance between the need for street checks and strengthening public trust.

Rollout of the new rules is critical so that citizens are clear about their rights and about the operational value of street checks, he added.

“Unfortunately, I’ve seen this play out in other provinces where they didn’t do this part,” said McFee.

“This perceived harm associated with street checks is part of a much larger leadership piece with diverse communities across Alberta.

“The practice or absence of street checks is not the balance point for community trust. There’s an important foundational piece in building and maintaining robust relationships with communities we serve.”

Kemoh Mansaray with the Africa Centre said the carding ban was long overdue.

“Carding has not proven to yield the benefits that the police claimed for years was helping effectively investigate crime,” said Mansaray, chairman of the Edmonton-based organization that assists and advocates for the African community in Canada.

“In fact, (carding) had far more unintended consequences on Blacks in Alberta. Many racialized adults and communities had their personal information documented, which eventually becomes a police record on them.

"This has created distrust.”

Councillor Samuel Crowfoot, speaking for the Siksika First Nation, said the announcement is a start, but just the start.

“If your words are true and you’re taking steps to reduce racial profiling and discrimination in policing, I say thank you. But I also say, ‘Show us,’” he said.

“Back your words up. First Nations people are sick of hearing empty words and promises. Show us that this isn’t just a PR stunt.”

"RCMP members are guided by the organization’s Bias-Free Policing policy, based on principles of equality and non-discrimination," it said.

"Street checks are never to be made on the basis of race or discrimination, and officers are always required to have an articulable cause.

This report by The Canadian Press was first published Nov. 19, 2020.

Calgary panda pair heading home to China after pandemic crimps zoo's bamboo supplies
Nov 27, 2020 10:41 AM
Comments
We welcome your feedback and encourage you to share your thoughts. We ask that you be respectful of others and their points of view, refrain from personal attacks and stay on topic. To learn about our commenting policies and how we moderate, please read our Community Guidelines.