Alberta legislature to resume with COVID work, other bills, sitting into July 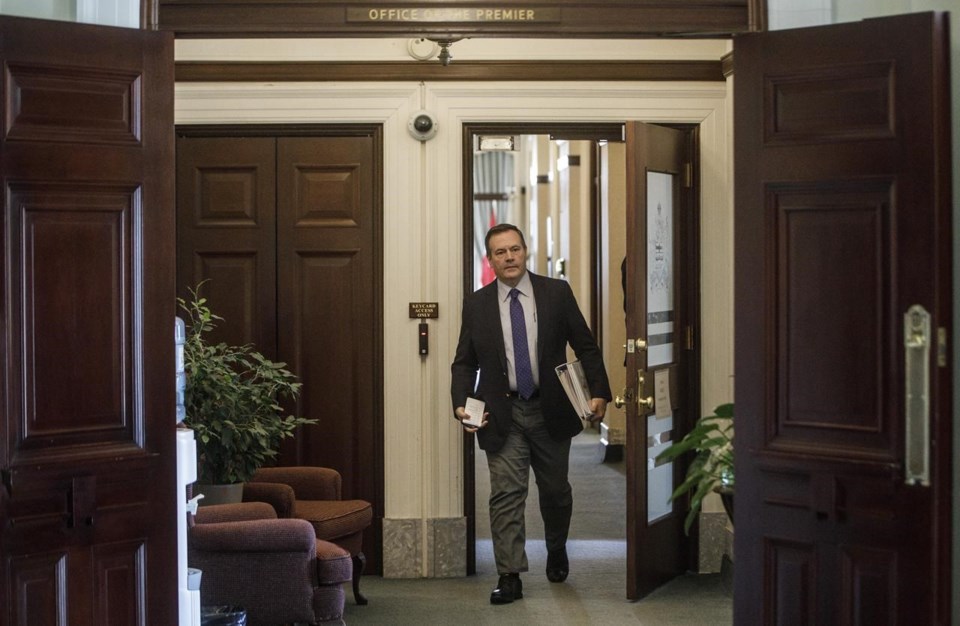 EDMONTON — Alberta politicians are going back to the legislature this week with a plan to sit until late July and pass 10 bills, while physical distancing and dealing with COVID-19.

Government house leader Jason Nixon said Premier Jason Kenney and his United Conservative cabinet ministers are to deliver an update on the pandemic in the house Wednesday and take Opposition questions on the government's handling of the crisis.

Later this week, the government is to introduce bills that would set maximum timelines on decisions for oil and gas projects, expand the scope of a fund for victims of crime, and expand parental prerogatives in a child's education.

Nixon said house will continue to observe rules to prevent the spread of COVID-19, such as limiting the number of politicians needed to pass legislation.

"I'm looking forward to the chamber opening tomorrow and us returning to some semblance of normal inside the legislature," Nixon said Tuesday.

One bill follows through on a UCP election promise to speed up reviews for energy projects.

"This legislation …. will enable the government to set maximum timelines for the Alberta Energy Regulator to review applications and make decisions in an efficient and timely manner while ensuring environmental protections and public safety," said Nixon.

The UCP, citing research from the Canadian Association of Petroleum Producers, has said well-licensing times range from 79 to 220 days in Alberta — twice the length for similar approvals in Saskatchewan and four times the wait in other oil jurisdictions such as Texas.

Nixon said another bill will aim to fulfil another election commitment "to affirm parents have the primary responsibility for education of their children."

Nixon declined to be more specific on what that will address, but the party promised during the campaign to expand alternative programs in public schools and maintain funding for independent schools and home-schoolers.

NDP house leader Heather Sweet said the government should be fixing public education before embarking on new reforms. She noted the province laid off thousands of support staff, including substitute teachers and educational assistants, after schools closed and moved to online learning in March.

"What this government needs to do is reinstate our educational assistants (and) make sure we have enough teachers in our classrooms to meet the needs of students before they start looking at making changes to the public education system," said Sweet.

During the session, the government is also to keep moving on its rollout of an economic recovery plan as COVID-19 infections continue to flatten.

Barber shops, hair salons, retailers and restaurants have been allowed to reopen, subject to health restrictions, and movie theatres, spas and personal care services could be allowed to resume services June 19.

This report by The Canadian Press was first published May 26, 2020

Pace, health, return to winning form the goals at Flames training camp, says GM
Jul 12, 2020 5:23 PM
Comments
We welcome your feedback and encourage you to share your thoughts. We ask that you be respectful of others and their points of view, refrain from personal attacks and stay on topic. To learn about our commenting policies and how we moderate, please read our Community Guidelines.