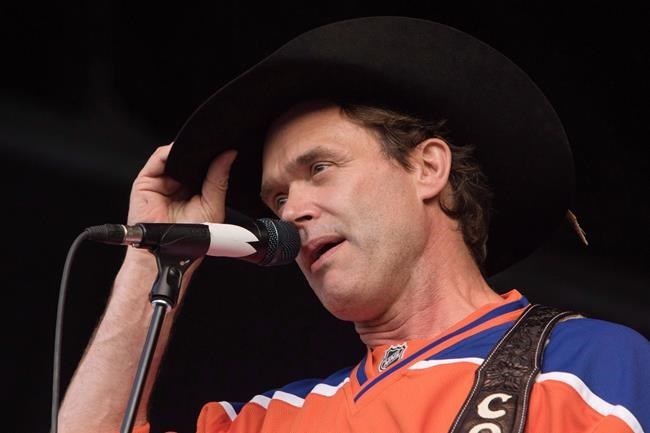 "I've seen this coming for a while," he said from his home in Lethbridge, Alta., the day after posting a Facebook video lambasting the province's plans to open a vast stretch of its Rocky Mountains to open-pit coal mining.

"I wrote this song about 15 years ago. It's called "This Is My Prairie."

In it, a rancher laments the industrialization and destruction of the landscape — exactly what Lund fears may happen to his beloved Alberta foothills as coal companies snap up thousands of hectares of previously unmined mountaintops and valleys.

"The scope of this thing — it's huge," Lund said in an interview. "I'm from the foothills and it threatens the hell out of our water. And the mountains. It's a big one."

Lund has released 11 albums documenting the life and culture of those who ride horses to work, labour outdoors, and know what it means when the truck gets stuck in spring gumbo. He regularly tours Canada and around the world and is just as popular with the boots-and-Wranglers set as he is with urban hipsters.

In his video, Lund talks about the province rescinding coal policy dating from 1976, which made those landscapes off-limits to that kind of development.

"There's a lot of bad things about it," he said on Facebook. "It's scary. I'm spooked."

Lund, a sixth-generation southern Albertan, points out the area contains the headwaters for freshwater on which millions depend. Coal mining can release selenium, a highly toxic element that is already poisoning watersheds downstream of coal mines in British Columbia.

Perhaps just as bad is the way the change was made, he said.

"I don't like how it was done, with seemingly no public consultation of potentially affected parties."

That's one of the reasons he made the video — to let people know what was happening.

"I asked them why this is a good idea. I wasn't satisfied with the answers,'' he said.

"They're basically asking us to trust them but I don't trust anyone on this stuff."

Lund said coal mining is not a divisive issue in his circles. People oppose it.

"I haven't really run into too many people who think it's a good idea to rip up the mountains and poison the water."

"I understand (the government is) trying to help the economy, but this is short-term, silly thinking."

The eastern slopes, where the prairies vault into the spires of the Rocky Mountains, are too close to Alberta's sense of itself to mess with, he said.

"I've travelled a lot. Every time I get off the airplane in Calgary and start driving south, it's a magical feeling for me. It's a pretty damn special place and anyone who visits and hasn't seen it is like, 'Oh my God.'"

Alberta has a long history of taking shots from entertainment figures who disagree with its environmental policies. The list includes Jane Fonda, James Cameron, Neil Young and Leonardo DiCaprio.

Lund doesn't want to be added to that folder.

Lund isn't sure what his next step will be, or if there is a next step.

"I don't know," he said. "I've always stayed out of current events because I feel I have a different role to play.

"But this one's such a big deal I just can't stay out of it."

-- By Bob Weber in Edmonton

This report by The Canadian Press was first published Jan. 13, 2021.