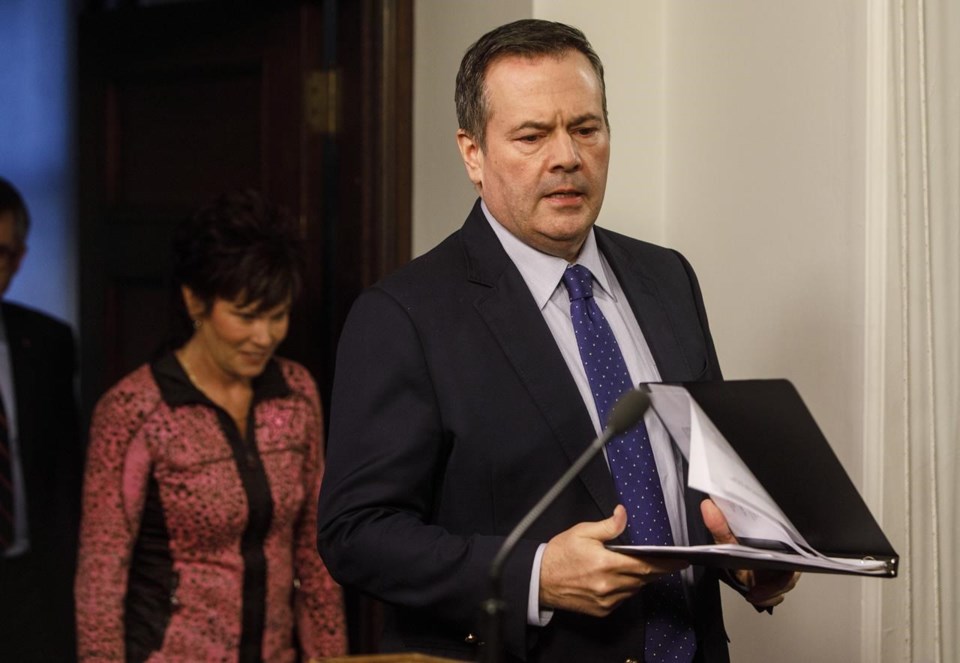 EDMONTON — Alberta's United Conservative Party says it is applying for the federal wage subsidy program during the COVID-19 pandemic while the Opposition NDP says it is holding off.

UCP spokesman Evan Menzies said Monday it is the best option for its workers with the locked-down economy leading to a reduction in fundraising opportunities.

"We have lost fundraising events in our 2020 calendar due to the restrictions on gatherings," Menzies said in a statement.

"Rather than fire staff, we plan to apply for the temporary federal program, like thousands of other business and non-profits have across the country, to help maintain our eight staff and the families that rely on them.

"The alternative was laying off staff and putting those individuals on the Canada Emergency Response Benefit (CERB)/Employment Insurance."

"Our team has worked hard since mid-March to make sure that our fundraising respects the very real health and economic anxieties of Albertans," Stevens said in a statement Monday.

"To date, we have met our fundraising goals and have not had to apply for the federal wage subsidy or the federal rental assistance program.

"We continue to closely monitor our fundraising so that, if needed, we can make adjustments to keep staff employed and maintain our operations."

Alberta's United Conservatives, led by Jason Kenney, won the provincial election in the spring of 2019, but finished the year with a $2.3-million deficit and net liabilities of $1.1 million.

In Manitoba, the governing Progressive Conservatives and the Opposition NDP say they have not applied for the benefit.

In Saskatchewan neither the governing Saskatchewan Party nor the Opposition New Democrats are taking the subsidy.

Federally, the Liberals, Conservatives, the NDP and the Green party have all applied for the subsidy.

The Bloc Quebecois did not apply, saying the subsidy is designed to rescue those facing bankruptcy.

Under the $73-billion program, Ottawa will cover 75 per cent of wages — up to $847 per week, per employee — for companies and organizations that have seen revenues from January and February decline by 15 per cent in March, or 30 per cent in April and May.

The program was initially intended to apply to payrolls between March 15 and June 6, but has now been extended to the end of August.

Political parties as non-profit entities are eligible to apply.

In Ottawa, Prime Minister Justin Trudeau didn't answer repeated questions Monday about why his party needed to access that support.

Instead, Trudeau spoke broadly about the aim of the program to support families and workers through the pandemic crisis.

Alberta is continuing to see flat or declining caseload numbers.

Dr. Deena Hinshaw, the province's chief medical officer of health, reported 19 new cases Monday, bringing the total active cases to 762. There are 45 people in hospital with COVID-19, five of whom are in intensive care.

Also Monday, Calgary and Brooks were allowed to join the rest of the province by opening restaurants, barber shops and hair salons. Reopenings in those two cities were delayed by comparatively higher case numbers.

The next phase of the relaunch is set for June 19, when spas, movie theatres and other businesses could reopen.

Hinshaw said if the cases continue to decline, they could discuss an earlier relaunch date.

"That's really up to all of us together to keep those numbers low," Hinshaw said.

This report by The Canadian Press was first published May 25, 2020.

CFL's Edmonton Eskimos plan to talk to Inuit communities about team name
Jul 3, 2020 8:25 PM
Comments
We welcome your feedback and encourage you to share your thoughts. We ask that you be respectful of others and their points of view, refrain from personal attacks and stay on topic. To learn about our commenting policies and how we moderate, please read our Community Guidelines.