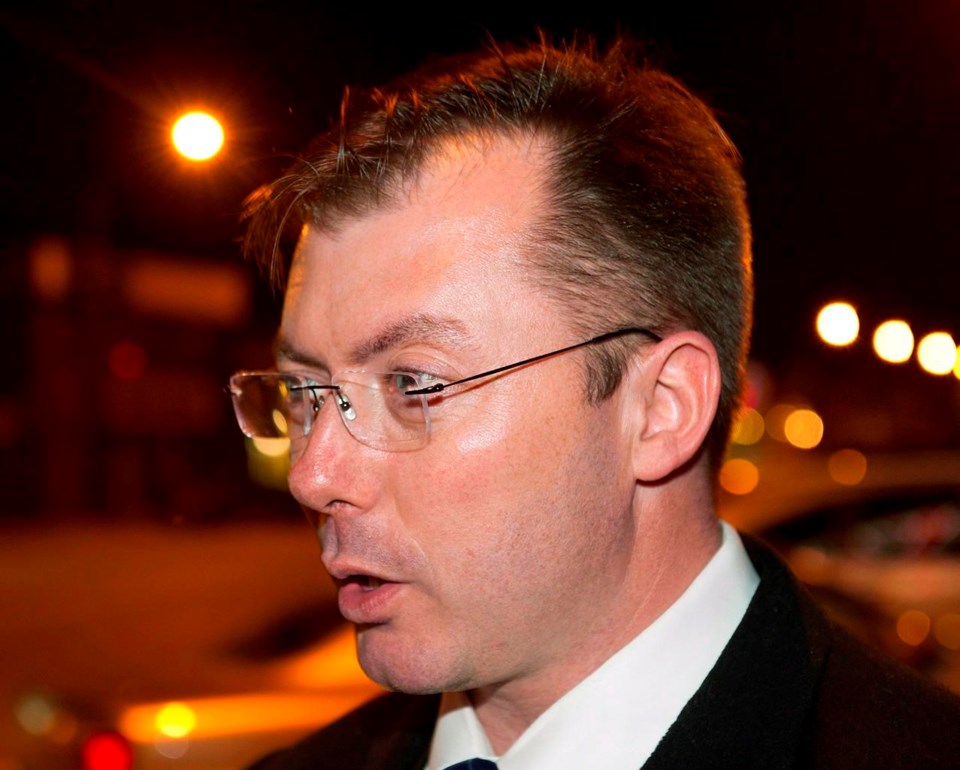 CALGARY — A court case involving former Conservative MP Rob Anders has been adjourned a month to give his lawyer time to review an extensive amount of material related to tax evasion charges against his client.

He faces five charges, including tax evasion, some of which date back to his time as a member of Parliament.

He did not appear in court in person Friday, but his lawyer, Paul Brunnen, asked for the matter to be adjourned until Dec. 18.

Anders has reserved his plea.

The government alleges that in 2012, 2013, and 2014 Anders under-reported his income, which led to multiple charges of making false statements on a tax return.

An application to obtain a search warrant for his Calgary home was filed in March 2013 by the Canada Revenue Agency and outlines some allegations in the investigation.

The charges stem from an audit in 2012 and 2013 that found reported net rental losses on properties in Alberta, British Columbia and Ontario at the same time as there were ``unexplained'' deposits in Anders's bank account. It's alleged he understated his income by $750,000.

None of the allegations has been proven in court.

This report by The Canadian Press was first published November 20, 2020.

'No crying': Venezuelan refugee Kenney cited says interaction was less dramatic
Nov 26, 2020 8:24 PM
Comments
We welcome your feedback and encourage you to share your thoughts. We ask that you be respectful of others and their points of view, refrain from personal attacks and stay on topic. To learn about our commenting policies and how we moderate, please read our Community Guidelines.