Bereza moves on, moves out 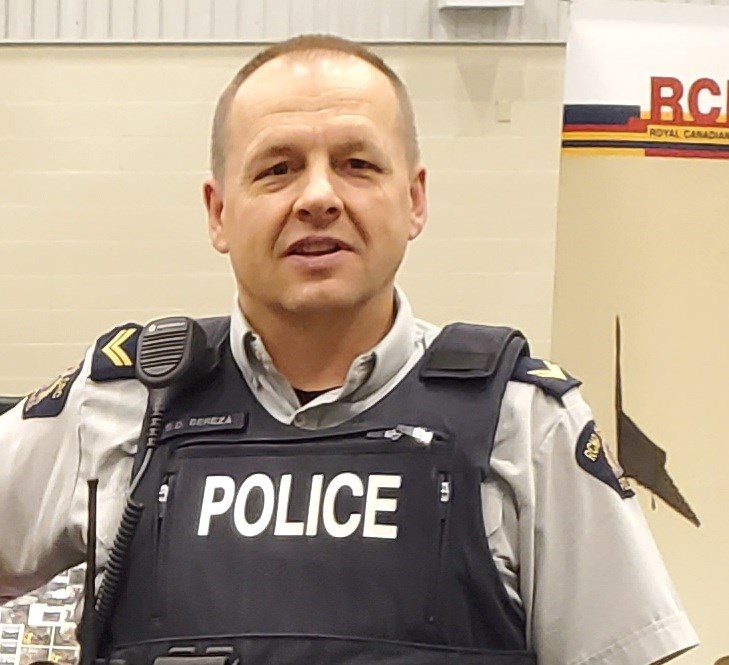 Cpl. Steve (Dale) Bereza worked his last day in Athabasca on April 23, the last step before his transfer to the Sherwood Park detachment. Supplied

ATHABASCA – A fixture of the Athabasca area for the last four years is moving on, but he'll always look back at his time here fondly.

With his easy, deep laugh punctuating his thoughts, RCMP Cpl. Steve (Dale) Bereza reminisced on his career and the time he has spent in Athabasca during the last four years as he packed up his desk April 23, before officially moving to the Sherwood Park detachment.

Hailing from Lac La Biche, Bereza became an auxiliary RCMP member in his early twenties and applied to become a regular RCMP member several times before finally being accepted when he was 36, which prompted him to leave his civilian life and he has never looked back.

“I’m originally from Lac La Biche. My dad moved a lot so we moved a lot and my schooling was all over Edmonton, all over the place, (but) I ended up graduating in Lac La Biche,” he explained. “(I) moved back to Edmonton for a while and eventually came back in 1987 and settled in there and worked for the municipality (and) Alberta Transportation. I had my own video store business in Lac La Biche at the same time ... When this job came a’callin’ I just dropped it all and said, ‘See ya!’”

He credits his time as an auxiliary member with helping prove to himself his decision to keep applying to become a full RCMP member was the right choice and he was accepted for training in 2003.

“It was good because it was like training really, to see if I really liked it or not,” Bereza explained. “I was applying before I even became an auxiliary, but it just verified what I thought I already knew. So, being in auxiliary I just said 'Yeah, this is what I want to do.'”

Bereza was first posted to Whitecourt before moving to Crowsnest Pass, Olds and finally Athabasca in July of 2016. And while he prefers smaller detachments, he and his wife have decided they want to live in a larger community.

“(We’ve) never really been in big centres ever since we moved back to Lac La Biche from Edmonton,” he said. “We just decided that we wanted to do that and finally maybe settle down and not move so much anymore. The ideal situation would be living in the city and policing in a small detachment, but that's pretty tough to do.”

In his time in Athabasca, Bereza has also been a stalwart supporter and contact for the different organizations who interact with the RCMP like Victim Services and other programs and institutions. He appreciates the sense of community Athabasca has to offer, he said.

“I like the area – it's a beautiful area,” he noted. “The people here have been really nice. It's amazing how many times people are willing to help and the nice things that are said about the police and all the different events that we've attended as an organization.”