Designation gives another level of law enforcement for the town
Jul 29, 2020 4:10 PM By: Heather Stocking 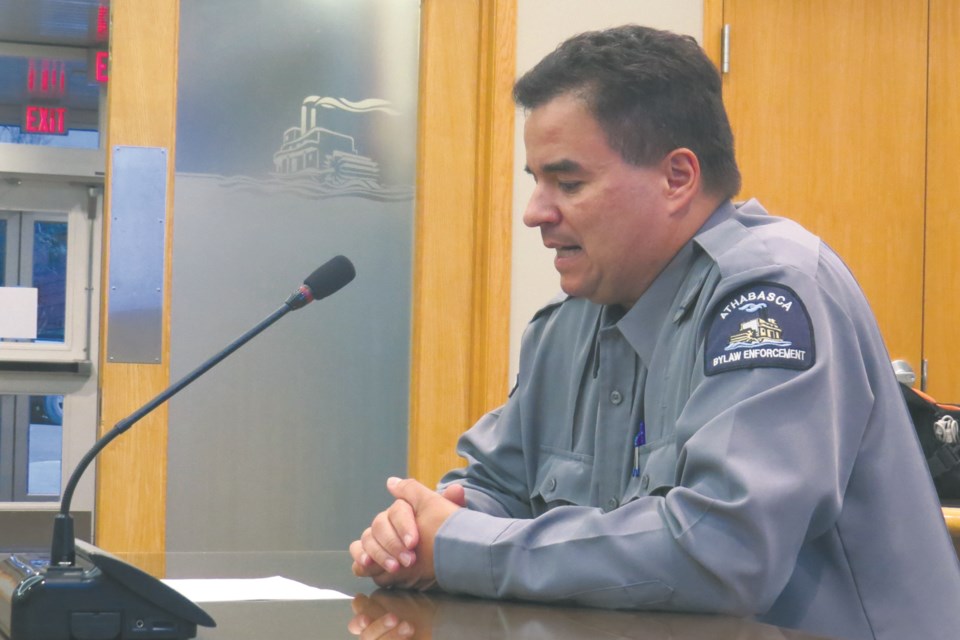 Town of Athabasca bylaw officer Brian Bandura has now received his CPO-1 designation from the province and is able to enforce provincial laws as well as town bylaws. File

ATHABASCA – Town of Athabasca bylaw officer Brian Bandura has received his peace officer designation, which gives him the authority to enforce local and provincial laws.

“I got my Community Peace Officer designation from the province and now I am a CPO-1,” he said, adding he now has double duty enforcing laws passed by the municipality as well as the province.

Bandura also informed council at the meeting that between June 11 and July 8 he handled 45 cases and issued 11 municipal violation tickets.

Cases included one resolved instance of nuisance barking and the dog owner was cooperative and proactive with correcting the problem. He added he attended four residences where people had requested firepit inspections. Three required changes before being compliant.

Other files were related to two occurrences for business bylaws, one for a land use bylaw, one noise complaint and 10 traffic bylaw infractions, 22 unsightly properties and three were for disorderly conduct, vagrancy or property damage.

The final occurrence had to do with an off-highway vehicle being driven on the east side of town.

“I attended one occurrence relating to an off-highway vehicle being driven in Cornwall; a motor vehicle ticket was issued to the vehicle operator for bylaw contravention,” he said.

Three more COVID-19 cases reported in T&C region
Aug 4, 2020 4:35 PM
Comments
We welcome your feedback and encourage you to share your thoughts. We ask that you be respectful of others and their points of view, refrain from personal attacks and stay on topic. To learn about our commenting policies and how we moderate, please read our Community Guidelines.