Grade 9 students from Athabasca off to Quebec 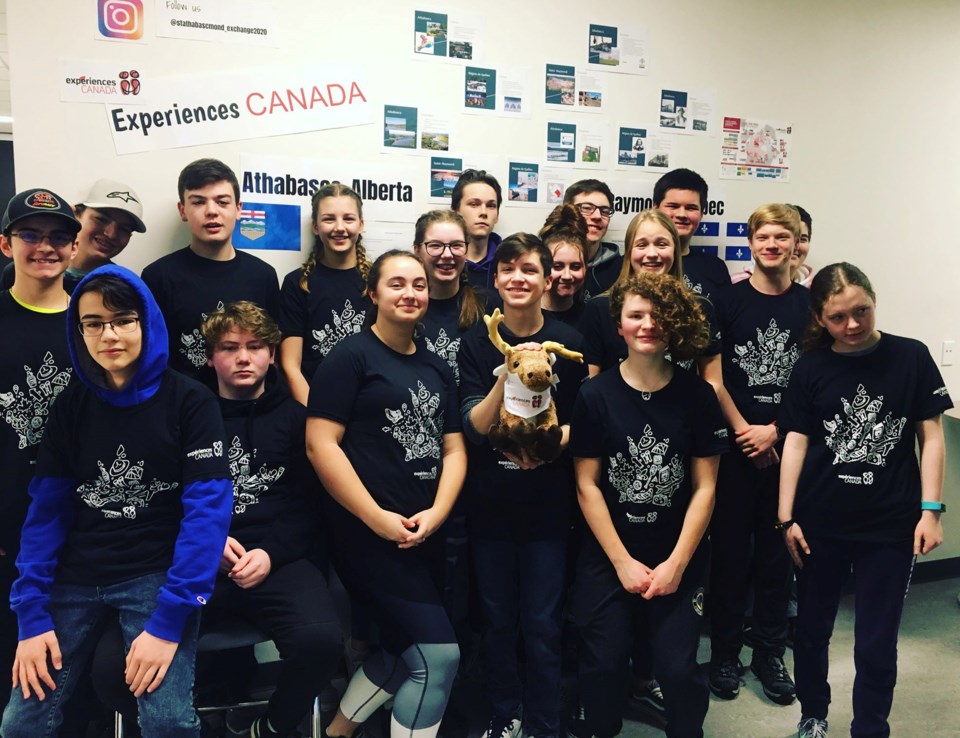 According to the Experiences Canada website, students ages 12-17 get to discover a new community, deepen their knowledge of a second language, form new friendships and gain greater self-confidence.

Margaret Benham, the trip’s coordinator and one of EPC’s junior high French Immersion teachers, said this is the first time her students are going.

“I have previously run it when I worked at R.F. Staples School in Westlock,” she stated. “I coordinated the trip on five occasions from Westlock, with one trip going to Quebec City and the other four going into the province’s Beauce region.”

She said when she approached EPC principal Desmond Nolan about applying for this trip just over a year ago, he was ecstatic.

“We got confirmation in May that we were accepted in the program,” Benham explained. “Then in October we learned who our twin community was going to be. The school were paired up with was École secondaire Louis-Jobin. The process then starts with the two coordinators, myself and my counterpart from Quebec, making sure that our goals and objectives are perfectly aligned.”

One of the 20 students going is Avery Kamelchuk, who was picked as the spokesperson for the group. She said the class is really excited about the trip.

“The trip allows us to learn about Quebec’s history and improve on our language skills,” Kamelchuk said. “Saint-Raymond is only about 40 minutes outside of Quebec City, and we get to go sightseeing around Quebec’s capital and we even get to go on a ferry too.”

Her mother, educational assistant Janet Kamelchuk, will be one of two chaperones accompanying the trip with Benham and the students. She said they also get to visit a place called Village Vacances Valcartier.

“It’s a big sledding and winter outdoor space where they get to see the ice hotel,” she said. “They will get to see the Quebec legislature buildings as well as the old historical Quebec City. And of course, the students will experience some of the local Saint-Raymond infrastructure, resources and the economy.”

Benham added the children then do lots of research to see what the differences are between Saint-Raymond and Athabasca.

Benham also stated the similarities they have already learned that exist between the two communities.

“Both have a pulp mill within their area,” she said. “They also both have a river that goes through the community, and both still have the small-town feel.”

Avery Kamelchuk said the students from Saint-Raymond will be coming to Athabasca towards the end of April.

“We’re looking forward to showing our new friends what we have to offer in this community,” she continued.

“There’s some for human rights, sports and other exchanges,” she said. “To expose our youth into the diverse Canadian landscape when they go allows them to really know about speaking French, and to be able to showcase what their home community is and gets them to appreciate where they live.”

She added the best thing about this program is that Experiences Canada pays for the travel costs.

“The only thing we pay for here is for the activities that we will do when the Saint-Raymond students come here,” Benham explained. “If we choose to go to Edmonton, we pay for that for example. It just depends on what we want to showcase.”