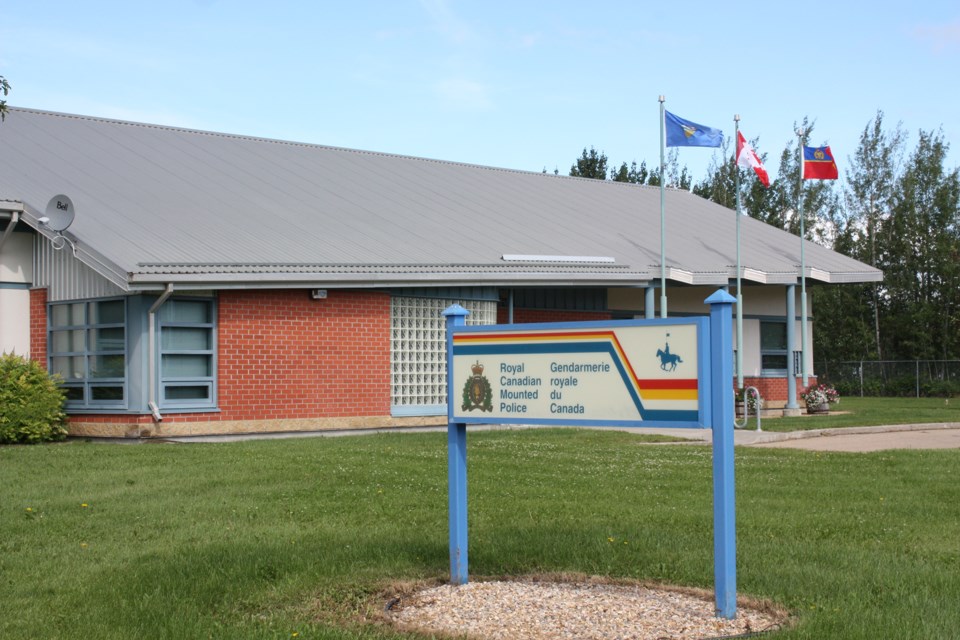 An Athabasca RCMP member was shot at July 29 during the pursuit of a car in Calling Lake. File

CALLING LAKE - Athabasca RCMP are still investigating after a shot was fired at a member during the course of an attempted traffic stop in Calling Lake last Wednesday.

At approximately 9:50 p.m. July 29, a black Mazda four-door sedan fled the scene traveling northbound on Calling Lake Dr. before veering off onto an ATV trail.

Police pursued the vehicle on to the trail where the back door opened and a shot was fired at the police vehicle.

Cpl. Dan Fenton at the Athabasca RCMP detachment said July 30 only one shot was fired.

“The suspect shot once at the members and no one was hit,” Fenton said.

A July 30 press release noted the pursuit was called off due to safety concerns and the responding officers contained the area.

The RCMP Emergency Response Team and Police Dog Services were then called in to assist with search efforts on the trail line.

“Suspects have not yet been captured,” said Fenton.

Later, at approximately 1 a.m., the car was located abandoned in a swampy area on the trail.

“(The) investigation is continuing,” Fenton said.

Athabasca RCMP are asking anyone with information about this shooting or the suspect(s) involved to contact them at 780-675-5122.

If you wish to remain anonymous, you can contact Crime Stoppers at 1-800-222-8477 (TIPS), online at www.P3Tips.com or by using the "P3 Tips" app available through the Apple App or Google Play Store.