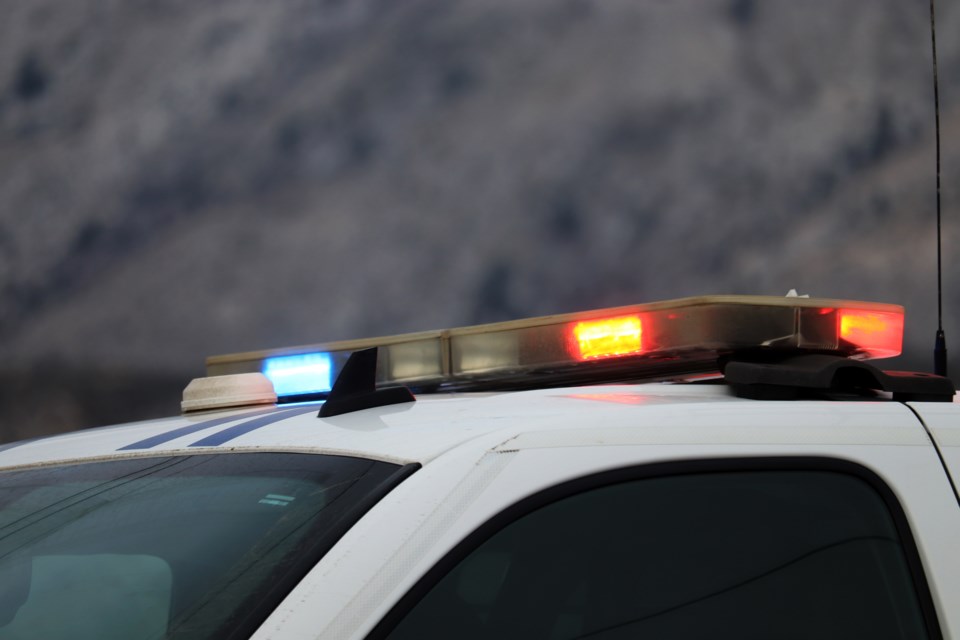 A Nov. 28 press release said when police arrived at the scene at 8:30 p.m., they learned that the vehicle, later confirmed to be a 2011 Ford Escape, was stolen out of Edmonton.

“We then learned that two men fled the area on foot,” Folk said. “With assistance, we conducted a track in the area that led to one suspect, 45-year-old Verne Johnson of Calling Lake, turning himself in on scene.”

He added the other suspect, 29-year-old Sheldon Johnson, also of Calling Lake, was located at Alberta-Pacific Forest Industries Ltd early the next morning.

“We received the call at about 4 a.m. that he had broken into one of Al-Pac’s outbuildings,” Folk continued. “All four suspects now face Criminal Code charges of possession of property obtained by crime over $5,000, possession of a weapon for a dangerous purpose, and another charge under the controlled drug and substances act with one count of possession for the purpose of trafficking methamphetamine.”

Sheldon Johnson was also charged with one count of break and enter and breach of recognizance, and also had an outstanding warrant from Athabasca RCMP for possession of a controlled substance and failing to attend court.

Makayla Noskiye, who was previously arrested by Athabasca RCMP Nov. 10 for a break and enter in Calling Lake and possession of stolen property for being inside a stolen vehicle, also now faces another charge for breach of recognizance.

“We appreciate our residents living within our rural areas who continue to report suspicious activity,” Const. Andrew Deme said in the press release. “This is a significant arrest, and recovery of stolen property, a dangerous weapon, and drugs that won’t be distributed into our community.”

County wants clarity on doctor situation
Jul 3, 2020 2:31 PM
Comments
We welcome your feedback and encourage you to share your thoughts. We ask that you be respectful of others and their points of view, refrain from personal attacks and stay on topic. To learn about our commenting policies and how we moderate, please read our Community Guidelines.