What exactly is the Higgs boson? 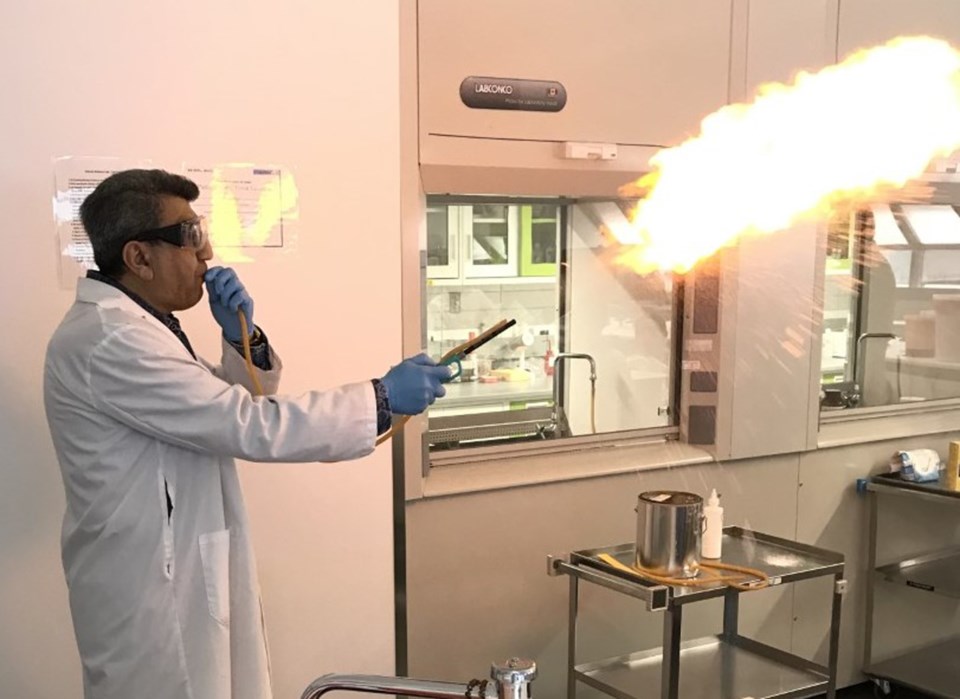 Dr. Rafael Hakobyan will discuss the discovery of the Higgs boson as well as the effects of low doses of radiation on Jan. 15 at 7 p.m. in Athabasca University's Governing Council Chambers.

ATHABASCA - Have you ever wondered what makes up the universe and everything in it?

Or, how much radiation is good for you?

Dr. Rafael Hakobyan, who has a doctorate in particle physics, will be explaining the 17 particles that make up everything focusing on the latest discovery, the Higgs boson or “God particle,” and radiation exposure at a Jan. 15 Science Outreach - Athabasca presentation at Athabasca University that runs from 7 to 8:30 p.m.

Hakobyan has been published over 100 times, either as author or co-author, and completed his PhD at Conseil Européen pour la Recherche Nucléaire/ European Organization for Nuclear Research (CERN), where he worked for 18 years.

He was then at the Thomas Jefferson National Accelerator Facility in Newport News, Virginia before becoming the senior science lab manager in the science lab for the Faculty of Science and Technology at Athabasca University.

Elementary particles, also called subatomic particles, are the fundamental components of all matter and the Standard Model, proposed since 1970, is the theory of fundamental particles and how they interact and describe the universe in terms of matter and force.

“Only five out of 17 particles in the Standard Model are bosons, namely there are 12 named fermions and five bosons,” he explained. “Bosons have zero or integral spin and follow the statistical description given by (Satyendra Nath) Bose and (Albert) Einstein (and) fermions have half-integral spin and follows the statistical description given by (physicists Enrico) Fermi and (Paul) Dirac.”

The last particle was experimentally discovered in 2012 at CERN in Switzerland by Drs. Francois Englert and Peter Higgs, who won the Nobel Prize in 2013 for their discovery.

The Higgs boson is what gives most other particles mass. Without it, nothing would exist and while theorized in 1970, they only were able to prove it in 2012.

“This particle is the heaviest particle and actually this was important to find because (it) explained that all other particles have a mass because of this Higgs boson,” explained Hakobyan.

In the 1960s Higgs proposed a theory that could explain where the mass of elementary particles came from and the detection of the boson became one of the biggest goals of physics. It required the construction of the $4.75 billion Large Hadron Collider at CERN to be able to accelerate particles fast enough through its 27-kilometre circumference to produce enough for scientists to prove the Higgs boson.

“The higher the energy the more particles you can find, especially heavy particles,” Hakobyan said.

This is based on Einstein’s theory of relativity where energy (E) is proportional to the mass; m is mass and c is the speed of light or, E=mc2.

And while the Higgs boson itself deteriorates quickly it was the presence of two gamma particles that proved its existence.

“I’m going to talk about this Standard Model that has been predicted and about the experiment,” Hakobyan said. “This fielded the theory (that) could explain all the experiments very successfully and that is why they understood that indeed this theory works well.”

Hakobyan will also speak about the particle and electromagnetic radiations that we are exposed in our everyday lives; radiation is the emission or transmission of energy in the form of waves or particles, like from sunlight.

“(Scientists at the University of Toronto) have found that actually low doses of radiation could have beneficial effects on health,” he said. “They found that UV radiation is a very useful tool for our health to get vitamin D.”