McMurray Métis has doubled the construction budget of the Métis Cultural Centre and hired the Casman Group of Companies to begin work on the project this spring.
Apr 1, 2021 10:45 AM By: Sarah Williscraft, Local Journalism Initiative Reporter 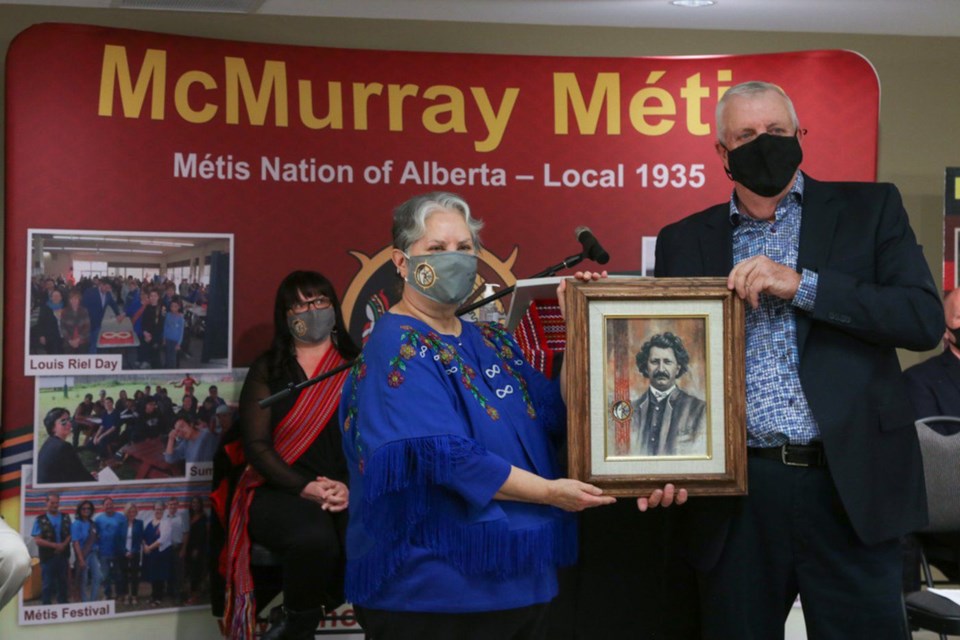 McMurray Métis has doubled the construction budget of the Métis Cultural Centre and hired the Casman Group of Companies to begin work on the project this spring.

Bill Loutitt, CEO of McMurray Métis, said the Local asked members what they wanted from the cultural centre that will be built on MacDonald Island Park. The initial quote for the project then came to $80 million, but planners scaled back to $44 million.

“We always knew that to build a world-class facility that will draw people from all over the world wasn’t going to happen for $22 million," he said.

McMurray Métis has secured $33 million in funds for the project, which have been evenly split between the Local and an Alberta Infrastructure grant. Other grants from the municipality, province and federal government are also being pursued, said Louttit.

Loutitt said members wanted to be able to look over the site of Moccasin Flats. The settlement along the banks along the Snye River was destroyed in 1981 by the government of the day to make way for the River Park Glen condominiums.

The cultural centre's height will need to be higher than originally planned for this to happen, said Louttit, and the unique infinity symbol is another design detail raising costs.

"This project will have the highest level of cultural awareness training we’ve done to date,” said Jeff Sandeman, chief operating officer of Casman Group of Companies, on Tuesday. He added the building's shape makes it "one of the most technically complex buildings.”

Sandeman said he arrived in Fort McMurray as a child in the final years of the fight over Moccasin Flats and has memories of people protesting the community's destruction.

“I’ve had some great success so far in my career, but honestly none are comparable to this in its meaning and historical significance," he said.

The cultural centre sits on 7.8 acres of the island after municipal council approved transferring the land in June.

The banks of the Snye River, however, have not always been a source of joy for Fort McMurray’s Métis. Beginning in 1975, Métis residents began getting eviction notices from the city government of the day. The Moccasin Flats residents were called “squatters” living in a “shanty-town community” by city officials, local residents and the editorial staff of this newspaper.

Once the community was destroyed, the poverty and racism many Indigenous people already faced worsened. For many families, a report found poverty, substance abuse, unemployment and depression followed.

A 2018 report—commissioned by the Local, and authored by researchers Hereward Longley and Tara Joly—concluded the destruction of cultural and social networks was still felt by survivors.