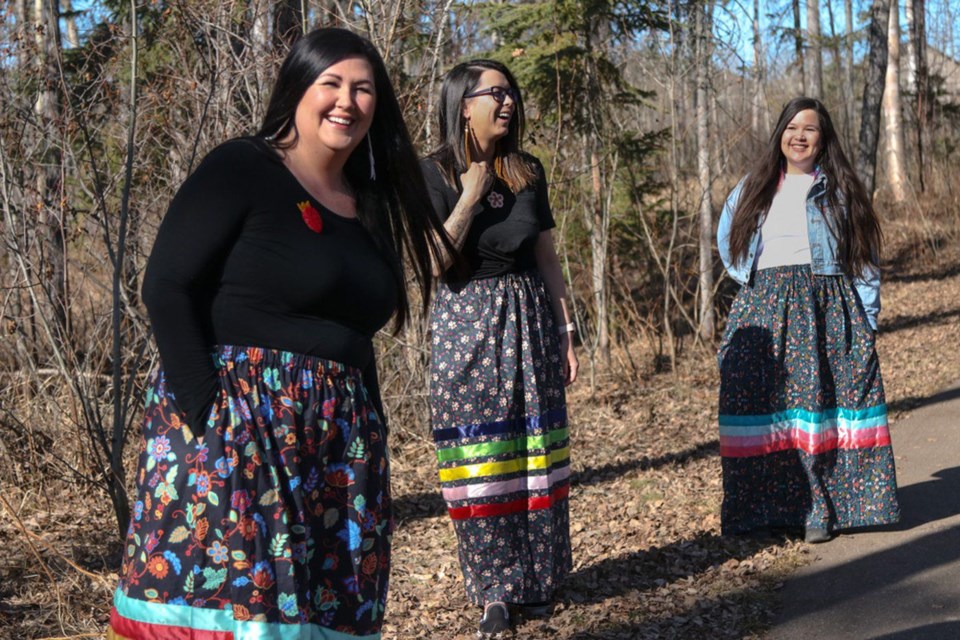 The 13-month course is offered through Indigenous Birth of Alberta. Students learn how to share Indigenous culture throughout the pregnancy and birthing process, run prenatal and postnatal programs, community outreach and postpartum support.

Graduates of the program can also lead community parenting courses reflect their culture. Elders can be included in birth ceremonies and parenting techniques.

Maddie Amyotte, a registered nurse with McMurray Métis and a student in the program, said the Indigenous birthwork program focuses on the individual and pregnancy needs.

“We’re now dealing with a crisis of the last several generations of babies being taken from homes for reasons that are not right,” said Amyotte. “New parents don’t really have anybody to teach them how to be a parent because they weren’t raised by their parents and haven’t witnessed it firsthand.”

Throughout the 20th century, Indigenous languages, culture and ceremony were forbidden by the Canadian government. This included midwifery and birth celebrations practiced in Métis and First Nation communities. Amyotte said tackling many of the cultural traumas in Indigenous communities can begin at birth.

“A lot of Indigenous families have been taught that they don’t know the right way to care for their babies,” she said.

The Indigenous Birth of Alberta website explains how many Indigenous people have reported negative birth experiences, such as travelling long distances for basic care or incidences of racism from hospital staff.

“It can be a very emotional, difficult and scary time for people in hospitals in particular and the best way to go about that is to have a buffer there,” said Amyotte. “Someone to just act as a support person to minimize whatever trauma is potentially going to come.”

Sheena Bradley of McMurray Métis said some ceremonies during and after birth are culturally important for families. Traditional birthworkers can organize smudging ceremonies, for instance.

“When a baby is brought into the world with a song and drum and they’re being spoken to in their language, it can create an immediate attachment to their culture and their people,” said Bradley. “There’s a natural comfort level where they know that we’re here to keep them safe.”

Bradley said another important part of Indigenous birthwork is helping with home births on traditional lands, instead of having families spend money on travel costs to give birth elsewhere.

“There’s been traditional midwives in our culture since the beginning of time,” said Bradley. “Being able to give birth surrounded by community and support can help rebuild our knowledge after the criminalization of our traditional practices and attempted genocide of our nations.”

Shelby Weiss, a member of Sturgeon Lake Cree Nation living in Fort McMurray, is studying to be a psychologist but hopes to apply what she learns from the birthwork course to her career. Weiss also hopes to use this knowledge to support her family and friends through pregnancy and parenting.

“It’s not just one person who can do all these things and know all this information,” said Weiss. “All of us working together to help other people and make connections, that’s how we strengthen our community.”