Anti-tank gun by Barrhead cenotaph to get a touch-up

Ordnance Quick-Firing 17-Pounder once considered the most effective Allied anti-tank gun in the Second World War
Sep 13, 2020 7:30 AM By: Kevin Berger 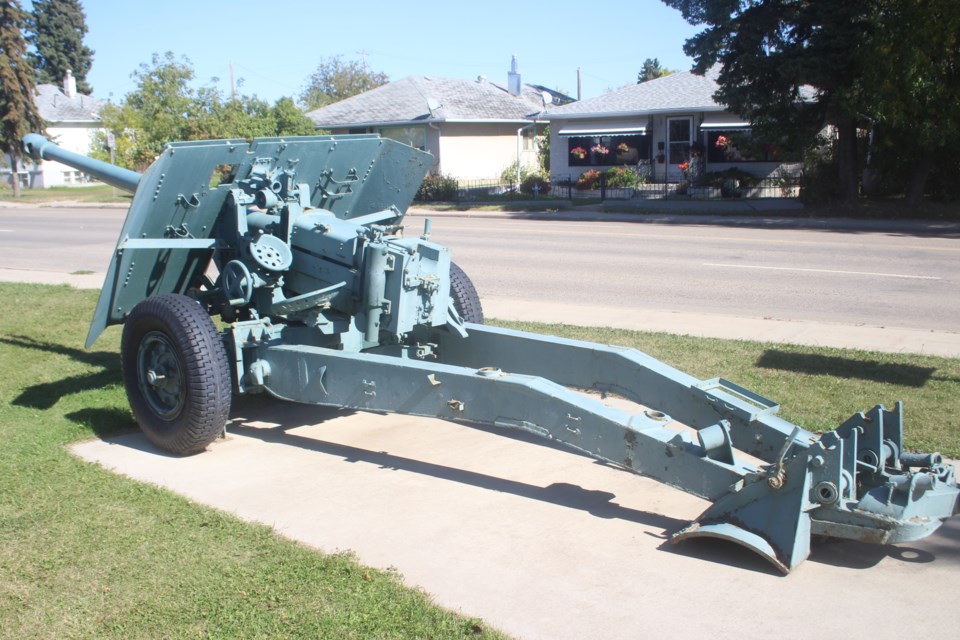 The Ordnance Quick-Firing 17-Pounder that sits by the Barrhead cenotaph will be disappearing for a few days so that it can be sandblasted and painted. The anti-tank gun was originally given to Royal Canadian Legion Branch No. 75 in 1962, and it was displayed by the Legion Hall until 2009, when it was moved over to its current home. KEVIN BERGER/T&C

BARRHEAD — The old anti-tank gun that sits by the Barrhead cenotaph will be disappearing for a few days in order to undergo some repairs.

The Ordnance Quick-Firing 17-Pounder is a 76.2 millimetre gun that was developed by the United Kingdom during the Second World War.

It is considered to be the most effective anti-tank gun used by the Allies, as it was capable of puncturing all but the thickest armour on German tanks.

A nearby plaque states that Dr. Hugh Horner, who served as the MP for Jasper-Edson from 1958 to 1967, arranged for the Royal Canadian Legion Branch No. 75 to receive the anti-tank gun in 1962.

It was displayed outside the Legion Hall in Barrhead until 2009, when it was moved over to the Barrhead Memorial Park.

Legion vice president Chuck Mortimer said the anti-tank gun will be removed from its site by a contractor sometime this week, though he didn’t have an exact date.

Mortimer said the gun is getting a bit rusty and it needs to be sandblasted and re-painted. He indicated it will be in the shop for a couple of days.

Capturing lightning in a bottle
Sep 18, 2020 6:37 AM
Comments
We welcome your feedback and encourage you to share your thoughts. We ask that you be respectful of others and their points of view, refrain from personal attacks and stay on topic. To learn about our commenting policies and how we moderate, please read our Community Guidelines.