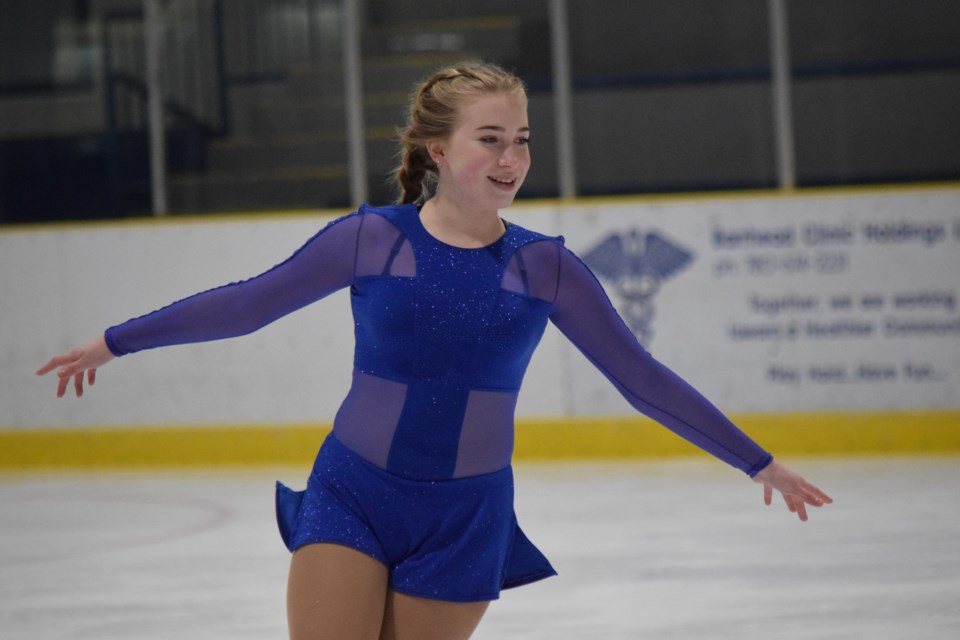 BARRHEAD-The Barrhead Skating Club is looking forward to having skaters back on the ice by the end of September.

However, if they do have a season, it will all depend on if they have enough registrations. In a normal year that would not be in question, but now due to the coronavirus, nothing is a given.

That is what Janelle Schlitter of the Barrhead Skating Club said.

"I think a lot of the [sporting and youth] organizations in town are seeing a decrease in registrations due to COVID and we are no different," she said.

However, the club expects interest to pick up now that kids are back at school and are getting back into a routine.

"Most families are looking forward to experiencing some sort of normalcy," she said, adding enrolling in extracurricular activities such as figure skating is one way to do that.

The club holds two separate sessions, one starting in late September going to the Christmas break. The second session begins in January and goes to March.

Schlitter said the club was fortunate that the coronavirus restrictions in the spring did not disrupt their season as it had concluded.

She added, regardless of COVID, the skating club is in the beginning stages of a bit of a rebuilding process.

"We have been trying to get the word out in the community that we are revitalizing the club, bringing in new ideas to not only keep figure skating in the community alive, but grow," Schlitter said.

Due to the lower expected number of skaters, the club has decided to go with one coach, Corrina Chessall from Onoway for on-ice sessions. If the club can host dry-land training session, they will be led by Barrhead native Katelyn Dietrich.

"We thank Misty Blake for the years she has given to the Barrhead Skate Club," she said.

Like most youth sporting organizations, the Barrhead Skating Club has to follow the rules and regulations set out by its governing body— Skate Canada, through its Alberta chapter. Among the requirements for skaters, coaches and volunteers have to go through a health screening process (questionnaire) before each session. Clubs are also required to maintain a contact tracking log, not only the skaters, coaches and volunteers but spectators.

The latter, Schlitter said they believed would not be allowed in the building. However, she was pleasantly surprised when she was informed that Town of Barrhead councillors, had approved to allow user groups access to the ice rink's change rooms and bleachers.

"A lot of parents were upset that they believed they wouldn't be able to watch their child practice," she said.

Schlitter said people were so upset that there was a petition circulating in the community asking the municipality to open up the Agrena for spectators.

It should be noted that although councillors voted to allow user groups to use the change rooms and the bleachers which enables spectators, the number allowed is governed by Alberta Health Services guidelines, which currently set the number at 100 people.

Schlitter said it has been a lot of work for the volunteer board (currently consisting of Schilitter and Anjeanette Klein) to prepare for the season, adding they started work on developing a reopening strategy in July.

"We could use more people to serve on the board," she said, noting board members have to be members of the club or parents of a skater.

Specifically the club would like to add three to four people. Potential positions include president, vice-president, treasurer, a carnival chair, a director at large and a director to help co-ordinate the club's COVID-19 response.

To register for Barrhead Skating Club's programs as well as more information visit www.barrheadskatingclub.com. They can also be found on Facebook.

Getting the public's input
Sep 21, 2020 12:49 PM
Comments
We welcome your feedback and encourage you to share your thoughts. We ask that you be respectful of others and their points of view, refrain from personal attacks and stay on topic. To learn about our commenting policies and how we moderate, please read our Community Guidelines.