By doing so councillors hope to raise awareness of farmers plight to the province
Sep 7, 2020 6:30 AM By: Barry Kerton 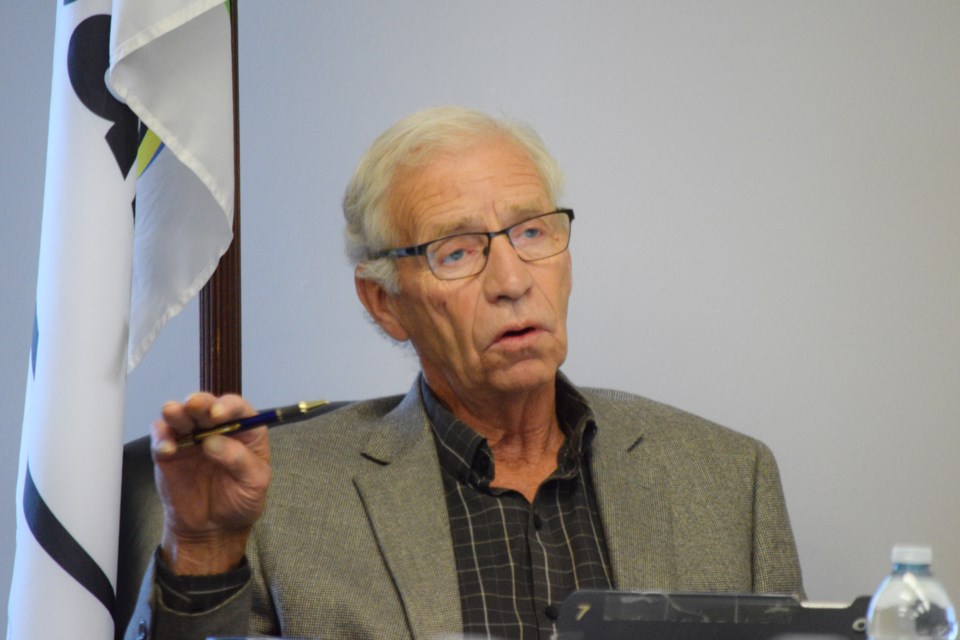 Coun. Dennis Nanninga said numerous years of wet conditions have meant yield averages are continuing to get lower, which is problematic when it comes to collecting crop insurance. Barry Kerton/BL

BARRHEAD-It is official, the County of Barrhead has declared a state of agricultural disaster.

Councillors unanimously voted to approve the Agricultural Service Board's (ASB) recommendation during their Sept. 1 meeting. Council first discussed the possibility during their July 21 meeting. At the time, deputy reeve Dennis Nanninga, who sits on the ASB, said the declaration was more a matter of when the board would make the recommendation than if.

Agricultural fieldman Kyle Meunier stated one of the reasons why the ASB delayed making a decision, was that even though the region experienced higher than average rainfall, it was very "patchy".

"Some areas were drowned out while some did not receive much at all," he said, adding it was the fifth year in a row in which precipitation was above average.

A declaration of agricultural disaster does not necessarily qualify farmers for funding.

"It is just another way to bring awareness of farmer's plight to the province in hopes the government might offer assistance or create a program," Meunier said.

County manager Debbie Oyarzun said despite not having any concrete financial implications declaring a state of agricultural disaster isn't a straight forward process.

"It is quite regimented. [Alberta Agriculture and Forestry] expects a certain amount of diligence," she said. "There is a science to this, with a lot of quantifiable measures that have to be taken. It is not just look out the back window and see what is happening."

Coun. Darrell Troock asked how the municipality or the ASB gathered the information.

"Is it based on each farm's percentages? Total acres planted?" he asked.

Oyarzun and Meunier said the data is collected by a municipality's fieldman and it is based on total acres in a particular region.

Information collected includes how many acres were seeded or harvested as well as the quality or condition of the crop.

"It is what we and the local offices are seeing," Meunier said, adding they also include data from local ASBs as well as individual farmers.

The report goes on to say that 10 per cent of farmable land was left unseeded due to standing water, with another 15 per cent drowned after seeding. Seeding was also delayed by three weeks to the end of May because many fields were inaccessible due to moisture from multiple storms, each dumping over three inches of rain.

Meunier noted the areas impacted were scattered throughout the municipality, but the arable land in the southwest and far north were the hardest hit. These lands primary grow wheat and canola, but also includes peas and beans.

Troock asked if declaring a state of agriculture emergency would be beneficial for farmers when accessing crop insurance.

Nanninga said it could.

"This year's results would be compared to their previous years," he said. "But you have to understand if your yield goes down that impacts your long-term average ... and it has been steadily going down."

Barrhead Curling Club prepares to smash some rocks
Sep 17, 2020 12:30 PM
Comments
We welcome your feedback and encourage you to share your thoughts. We ask that you be respectful of others and their points of view, refrain from personal attacks and stay on topic. To learn about our commenting policies and how we moderate, please read our Community Guidelines.