No Barrhead concert series this year 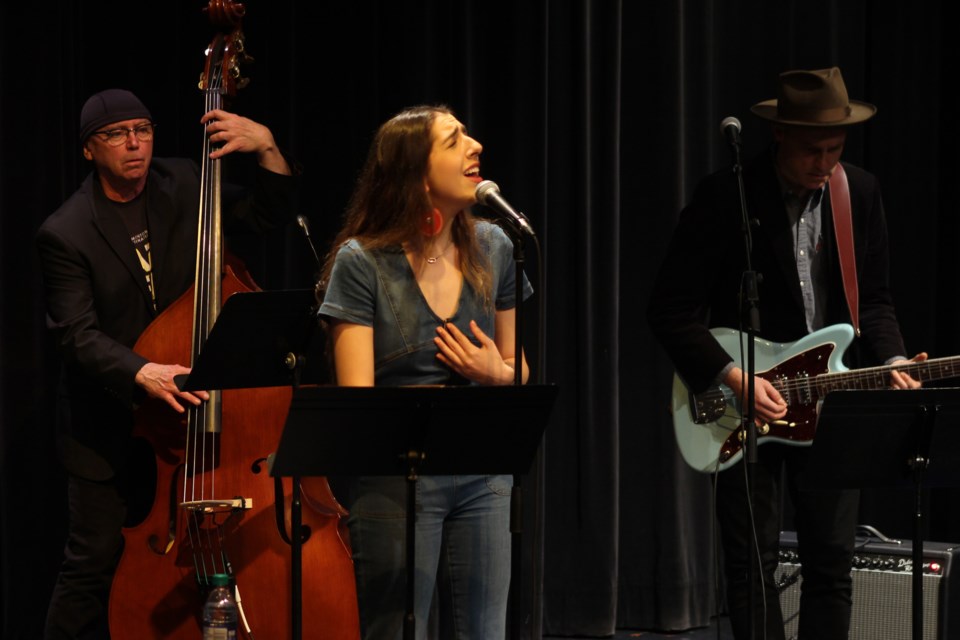 Jazz singer Maya Rae, pictured above, was the last musician to perform a show in Barrhead as part of the Barrhead Concert Series on March 7, 2020. There was supposed to be one additional show on April 23 featuring countertenor Terry Barber, though it was obviously cancelled due to the COVID-19 pandemic. Sadly, the threat of the coronavirus has also scuttled the 2020-2021 season of the Barrhead Concert Series.

The COVID-19 pandemic has claimed another victim on the local arts scene, as the Barrhead Arts Council has decided to cancel the 2020-2021 concert series.

Jennifer Lechelt, president of the Barrhead Arts Council, stated in an e-mail that the council decided to cancel this season because it was too difficult for the performers to travel and to maintain social distancing at the concerts, which are typically packed with attendees.

The season was originally going to begin on Nov. 5 with a concert by the Newfoundland group known as The Ennis Sisters, followed by a concert by John Wort Hannam on Jan. 28, 2021.

The third and fourth concerts would have featured classical musician and comedian Sarah Hagen on Feb. 26 and Edmonton area folk artist Martin Kerr on April 22.

Lechelt shared a letter she had sent out to ticket-buyers indicating that their tickets could be refunded at Comfort Corner in Barrhead.

She said the concert series will hopefully return next year, noting that artists are wanting to re-book their performances “post-COVID.”

Lechelt indicated they are hoping to reschedule a concert by countertenor Terry Barber, who was originally supposed to perform in Barrhead on April 23, 2020.

She said they are looking at alternative locations other than the Drama Theatre at Barrhead Composite High School (BCHS) that would better support the Alberta government’s social distancing requirements.

Hillcrest Lodge resident test positive for COVID-19
Oct 26, 2020 6:45 PM
Comments
We welcome your feedback and encourage you to share your thoughts. We ask that you be respectful of others and their points of view, refrain from personal attacks and stay on topic. To learn about our commenting policies and how we moderate, please read our Community Guidelines.