Alberta government working towards having as many campsites as possible open by June 1
0
May 8, 2020 5:06 PM By: Kevin Berger 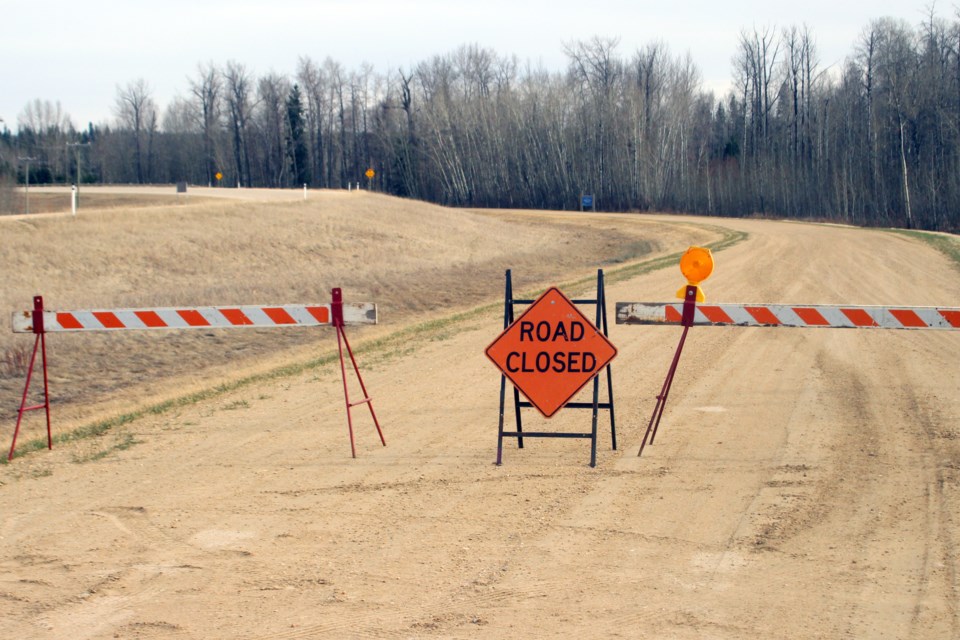 A barricade was placed across the road to the Mouth of the Freeman recreation site at Fort Assiniboine shortly after Woodlands County council passed a motion on April 29 ordering the closure to all of its recreation sites. However, residents can now access the parking lot at the Mouth of the Freeman site, along with the parking lots of Hard Luck Canyon and the Blue Ridge Recreation Area. All other sites remain closed.

In accordance with the provincial re-launch strategy, Woodlands County is allowing limited access to three of its recreation sites, but the majority of its sites remain closed.

On May 8, Woodlands County announced it was opening up access to the parking lots at Hard Luck Canyon, the Blue Ridge Recreation Area and the Mouth of the Freeman recreation site at Fort Assiniboine.

However, there is no access to washroom facilities or no garbage pick-up at any of the three sites. Visitors are asked to maintain physical distancing and plan to pack out any garbage.

During their April 29 meeting, Woodlands County councillors passed a motion ordering the temporary closure of all recreation sites within the municipality until provincial and federal parks and recreation sites have been re-opened.

Andre Bachand, director of infrastructure services for the county, indicated the recommendation was being made to align with the measures taken by federal and provincial government due to the COVID-19 outbreak.

He noted that anyone who paid a deposit to use the Groat Creek Campsite in either May or June will get a refund.

Bachand added that staff will be regularly visiting the sites to monitor for vandalism and to clear up any excessive litter.

Two days later, however, the province announced the details of its phased COVID-19 re-launch.

First off, vehicle access to parking lots and staging areas in parks and public lands resumed on May 1.

A number of boat launches in provincial parks were also re-opened last week and the plan is to have them all re-opened by May 14.

As part of the strategy, the province is also working towards having as many campsites open by June 1. Alberta’s online site reservation is supposed to be available by May 14.

However, out-of-province bookings will not be processed — Alberta’s parks are being limited to Albertans only.

It should also be stressed that access to washrooms and garbage pick-up will be limited until those services can be restored by Alberta Environment and Parks.

Group and comfort camping will not be offered. Campground facility access restrictions to areas such as showers, picnic and cooking shelters will also be posted to albertaparks.ca.

All fire bans remain in place, including the fire ban that was placed over the entire Forest Protection Area of Alberta, including Woodlands County.

All fire permits are cancelled or suspended, and there are no campfires, backyard firepits or barbecues with charcoal briquettes allowed on private or public land.

Popular grant funding reallocated indefinitely
May 29, 2020 11:08 AM
Comments
We welcome your feedback and encourage you to share your thoughts. We ask that you be respectful of others and their points of view, refrain from personal attacks and stay on topic. To learn about our commenting policies and how we moderate, please read our Community Guidelines.