Council passes motion on Jan. 19 to set up meeting with province regarding smoke, which has forced some residents out of their homes
Jan 23, 2021 11:00 AM By: Kevin Berger 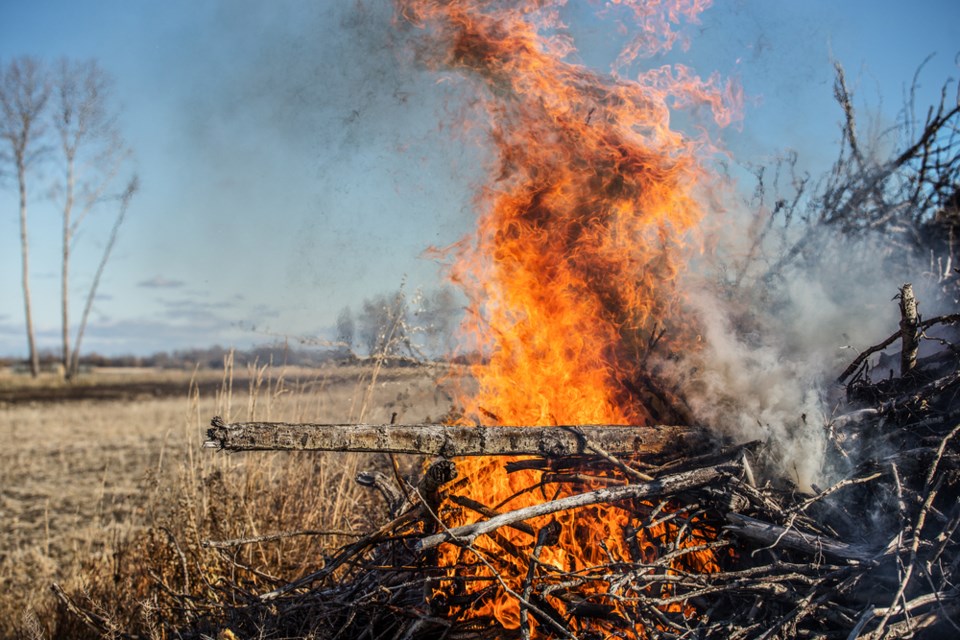 The problem of smoke rising off of smoldering brush piles was discussed at the Woodlands County council meeting on Jan. 19. Councillors resolved to meet with the province to see what could be done about the smoke from smoldering brush piles, which has apparently pushed some residents out of their homes.

BARRHEAD - Woodlands County will seek to hold a meeting with provincial representatives as soon as possible regarding the problem of smoke rising off of brush pile fires, which has apparently forced some residents out of their homes due to the putrid smell.

Councillors unanimously voted to pass a motion at their Jan. 19 to have administration arrange an "expedited” meeting with all relevant government agencies to discuss the problem of brush pile fires, as well as to bring up the issue in a future meeting with local MLAs.

Coun. Dale McQueen had raised the issue, noting he had recently spoke with a resident of his division about smoke drifting off of nearby brush piles that had been smoldering for over two months.

McQueen said the smoke had been drifting right along the creek where the resident lives, pushing him and his wife out of the area.

Noting he had driven out to the area repeatedly, McQueen said the piles of old peat moss and other material are just sitting there smoldering.

“It’s not the same as wood smoke … This stuff is just putrid, and I don’t know how many more days a guy can take like that,” he said.

McQueen said he had talked to other residents around the lake and they told him that when the wind comes straight out of the north, it settles in over the water and they can’t see anything for a week.

Coun. Bruce Prestidge said a similar issue had occurred earlier in January when Millar Western Forest Products had been burning brush piles in between Blue Ridge and Whitecourt.

He said that some of the farmers told him that they could only see about 100 feet in front of him.

One man said he and his family had to leave for three days because they couldn’t stand the smell, and he was concerned that the cattle might have issues with feeding or lose calves because of the stench.

“I know myself I went to Cottonwood and it took a week to get the smoke out of my truck,” he said. “We should be able to do something to regulate how they do this.”

It is worth noting that on Jan. 10, Millar Western posted to its Facebook page that it was aware of the problem. Burning brush piles is a necessity of its harvesting operations, and while the company looks for the right conditions to reduce fire hazards and improve air flow, the air conditions on Jan. 9 had changed and a lack of wind allowed heavy smoke to settle in the area.

“Millar Western apologizes for the very smoky conditions people encountered as a result of our work. We will review this event to learn if and how we can avoid a re-occurence in the future,” the company wrote.

Mayor John Burrows suggested passing a motion to have administration look into the issue and determine who had the authority to address smoke from burning brush piles.

However, CAO Gordon Frank said council had asked administration to do exactly that three years ago. They determined that because Woodlands County falls under the Forest and Prairie Rehabilitation Act, they have no jurisdiction regarding those brush piles or ability to enforce permits.

Frank instead suggested setting up a meeting with Alberta Environment and Parks to see if there are any protocols regarding burning brush piles in a certain timeframe.

Coun. Dale Kluin indicated this was an unfortunate aspect to living in an area like Woodlands County — somebody else makes the rules for things like this and “we’re the ones who basically have to put up with what goes on here.”

He added, “It’s about time that somebody who makes the rules hears the concerns of our ratepayers that have to live with this BS and come up with a plan.”

Kluin then introduced the motion to set up a meeting with the appropriate provincial agencies on the issue, accepting a friendly amendment from Burrows to also bring it up with MLAs.

McQueen said he supported the motion, but he noted that these residents have had to deal with this problem for months.

“If this meeting isn’t going to take place for a month or two months or three months down the road, that’s just too long,” he said. “I’d like to see something in place as soon as we can.”