With 92 out of 98 polls reporting, incumbent United Conservative Party MLA Glenn van Dijken is set to hold his seat in the new Athabasca-Barrhead-Westlock constituency.

Following the election April 16, van Dijken is one of 62 UCP MLAs who were leading in the polls at 10:15 p.m. A total of 25 NDP seats had been called by Elections Alberta at that time. 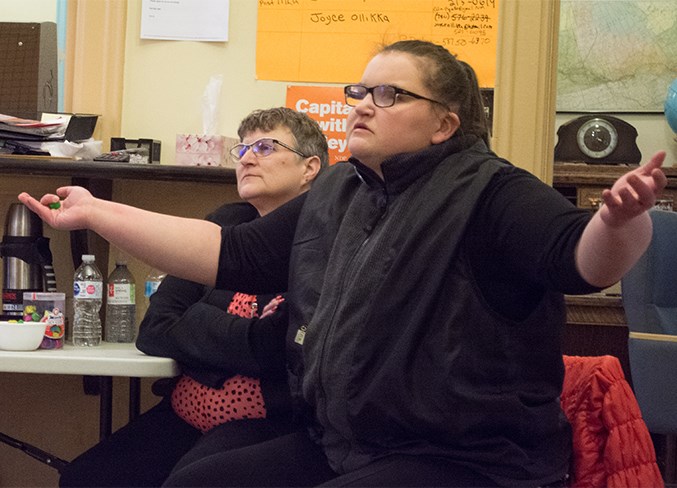 Watching results come in on CBC April 16, Shania Christensen of Newbrook (right) reacts as a reporter refers to the former NDP government as an “accidental government,” while Athabasca-Barrhead-Westlock candidate Therese Taschuk looks on.

"Thank you to the voters, for sure," van Dijken said. "It's the will of the people that's important."

He also said he thought the vast majority of conservatives knew that "we needed to get our house in order."

"If someone believes that our party stands for some ... they've called us many things, but that's not who I am and I don't believe that that's who the vast majority of our party members are," he said.

NDP challenger Therese Taschuk was at her headquarters in Athabasca April 16.

"It is what it is," she said. "I want to congratulate my opponent on his victory tonight. While I am disappointed, I respect Albertans' choice in this election. Our team ran a great campaign, and I want to thank all of my wonderful volunteers and supporters who believed in me and helped me to get here."

— With files from Chris Zwick