A new book published by Cochrane-based author Shelly Campbell is sure to give you your dark fantasy fix.
Dec 1, 2020 10:15 AM By: Tyler Klinkhammer 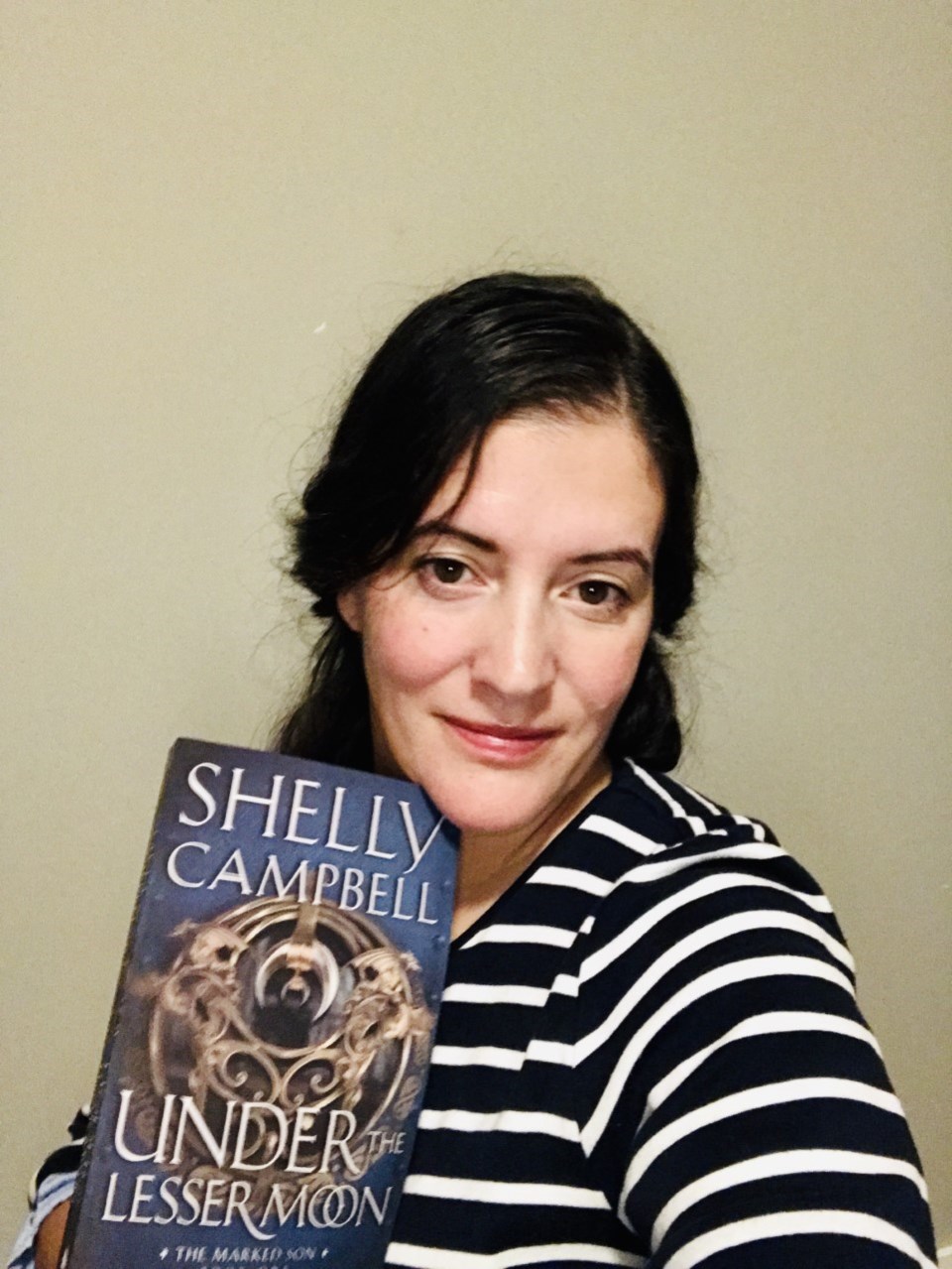 Shelly Campbell poses with her debut novel Under the Lesser Moon. Photo submitted.

COCHRANE— A new book published by a Cochrane-based author is sure to delight readers with a darker sensibility during this holiday season.

Under the Lesser Moon is the new grimdark fantasy by Shelly Campbell.

The book tells the tale of Akrist, the last eldest son of his village, raised in a world where dragons and humans lived in harmony with one another.

But humanity’s dragon-guides have long abandoned them, leaving the hapless hunter-gatherers lost in a wasteland with no way to find their ancestral hunting grounds.

As their society dwindles, the lead character Akrist befriends a boy from a neighbouring tribe and discovers a terrible truth about their fate— The eldest sons in their society are being raised as sacrifices to appease a vengeful Goddess with the hopes that their deaths will reunite humanity and dragons.

Under the Lesser Moon is Campbell's debut novel, and it is an idea that she has sat with for a very long time.

“Most writers, it takes them forever to write their debut novel. This one has been a long time in the making, and I’ve since gotten better at writing books to a timeline, but this one, it’s nice to see come to fruition because I’ve been playing with it probably since high school,” she said. “It was nice to finally get to a finished product with this one.”

Grimdark is a genre of fantasy that is usually quite macabre, and often violent, which Campbell said, has always come naturally to her.

“I just naturally tend to write that way, which is terrible to say. I never had a lot of darkness in my life, I’ve led a very sheltered comfortable life. So maybe it’s interesting for me to kind of explore what it’s like if you had a really difficult life and things are going wrong. I remember in Grade 6 my parents getting called into the Language Arts teacher at school and her saying, ‘she did it again, she wrote another disturbing story with an unhappy ending,’” she said with a laugh.

Campbell said she was inspired by works like Anne McCaffrey’s Dragonriders of Pern series, which is vastly different from her own style.

“My writing is quite a bit darker than Anne’s, she was a little more sci-fi,” she said with a chuckle. “She really explored this interesting, complex relationship between humans and dragons where they needed each other to survive. In her books, it was more science fiction, and they were genetically engineered— They were made for a task on this planet.”

In her work, she said, the dragon-human relationship is more of a natural symbiosis where the two species need each other.

Under the Lesser Moon takes place in a world where the relationship has been interrupted, and the balance of the world has been destroyed.

The book, published by Mythos and Ink, can be ordered into any bookstore and is available online on Amazon and Indigo. To learn more about it, visit Mythos and Ink’s website mythosink.com/.