In a statement Monday, PTW Energy Services confirmed three positive cases of the P. 1 variant first discovered in Brazil in its Alberta offices in Drayton Valley, Edson and Hinton.
Apr 6, 2021 10:15 AM By: Canadian Press 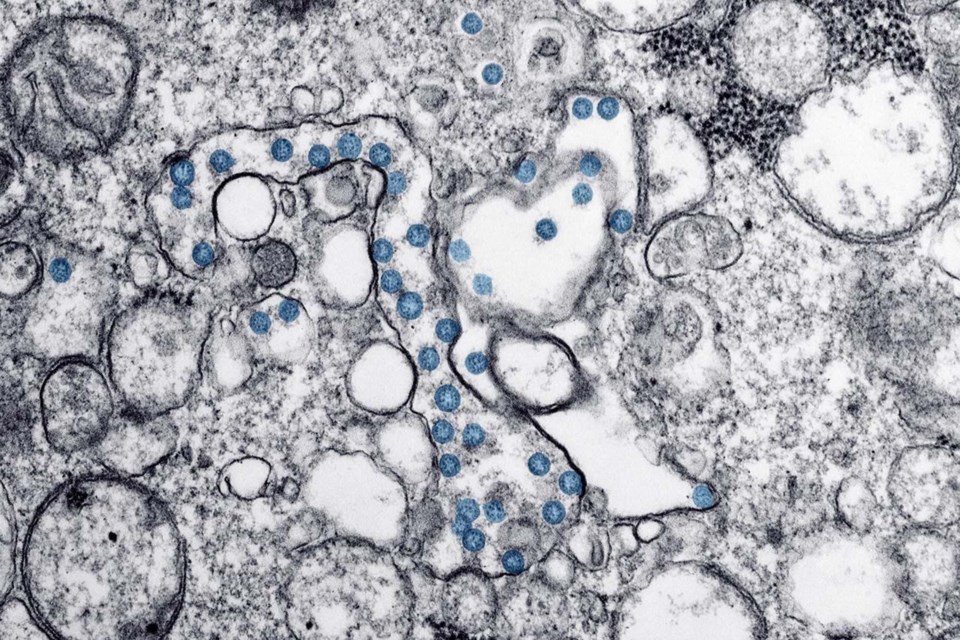 EDMONTON — An outbreak of the COVID-19 variant first found in Brazil appears to be linked to a large employer with multiple sites across Western Canada, Alberta's top doctor said Monday.

Chief Medical Officer of Health Dr. Deena Hinshaw said it's believed it started with a traveller returning to Alberta from out of province.

Hinshaw first posted Saturday about a "significant" outbreak of the P.1 variant, but gave no further details.

"These investigations are complex and it's important that we ensure information is accurate and that anyone at risk is directly contacted before sharing details," Hinshaw wrote.

"We also must balance the public desire for info with protecting patient confidentiality."

Hinshaw said the spread was confined to three work sites in the central and north zones in which employees travelled between locations. She did not reveal who the employer is or to what industry the infected workers belong.

Some 26 cases of COVID-19 have been linked to those sites and to household contacts. So far, three of those infections are confirmed to be the Brazilian variant, but she added that was likely to increase as more results come in.

"AHS has been working with the operator and cases to ensure anyone at risk of exposure is offered testing and quarantines to limit the spread," Hinshaw wrote.

"This includes employees at other sites who may have been exposed. Anyone at risk is being directly contacted and supported."

She said there was also an outbreak of five cases – one linked to the Brazilian variant – at a separate Calgary zone workplace.

In a statement Monday, PTW Energy Services confirmed three positive cases of the P. 1 variant in its Alberta offices in Drayton Valley, Edson and Hinton.

"Our immediate priority upon becoming aware of any employee symptoms is to ensure they get tested, isolate and follow all AHS protocols," the company said, adding that it has hired a third party to carry out a comprehensive review.

"We are working closely with AHS and Alberta Occupational Health and Safety to ensure we are enacting a consolidated effort to monitor, communicate and manage the situation, with the health and safety of our employees, communities and Albertans as our top priority."

Almost 10 per cent of tests done over the past day came back positive for COVID-19. There were 312 people in hospital, including 76 in intensive care. Four more deaths since Thursday were reported.

NDP Leader Rachel Notley said Premier Jason Kenney has done nothing to change course, even though he has warned that variant spread could cause hospitalizations to spike by the hundreds within a matter of weeks.

Notley wants a return to measures as they were in mid-January when there were tougher restrictions on indoor fitness, restaurants, bars and other businesses and activities.

The NDP also called for an urgent conversation on school safety with teachers and district boards, action on an Alberta learn-from-home fund and more support for families, businesses and workers.

Kenney pleaded with Albertans ahead of the Easter long weekend to follow public-health measures, but his government announced no further action.

Notley recalled that heading into the Thanksgiving weekend, cases were a fraction of what they are now and yet that holiday was a turning point that caused new daily cases to surge above 1,000 late last year.

"This premier has to stop blaming other people. He needs to take responsibility," Notley said. "We just can’t wait any further."

– By Lauren Krugel in Calgary.

This report by The Canadian Press was first published on April 5, 2021.