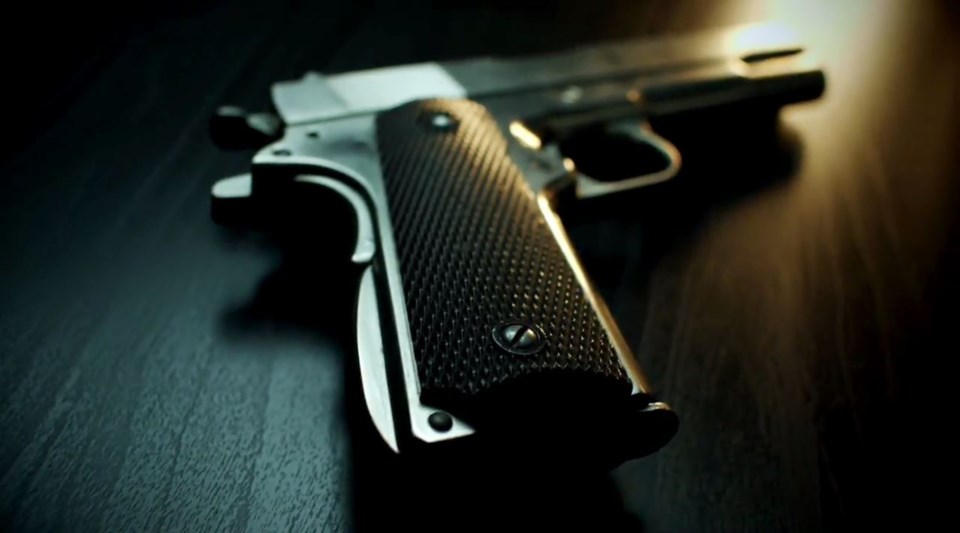 CANADA— New firearm control legislation introduced by the federal government is aiming to combat crime through a buy-back program of banned weapons.

Bill C-21 was introduced in February and came after the federal government announced a ban on more than 1,500 models and variants of assault-style firearms in May 2020.

The additional legislation was announced on Feb. 16 to amend the Criminal Code and Firearms Act to ensure these weapons cannot be legally used, transported, sold, transferred or bequeathed by individuals in Canada.

As part of the prohibition, the federal government is proposing the introduction of a firearms buy-back program.

Banff-Airdrie MP Blake Richards questioned the firearm buy-back program as it failed to not only take into account the perspective of rural residents, but also lacked clarity on the tangible safety it will provide and the full cost of the program.

“The idea that somehow taking guns out of the hands of law-abiding firearms owners will somehow make a difference in crime is absolutely a ludicrous suggestion to make,” Richards said. “Criminals are the ones that are using guns and crimes, they don’t obtain their guns legally— They smuggle them, they get them in other illegal fashions. This will do nothing to address crime.”

In his opinion, Richards said, the law will make it more difficult for law-abiding firearm owners who need weapons for farming or hunting.

“They’re the ones that will pay the price,” Richards said. "We’re not going to have any effect on criminals with this at all— Criminals by their very nature don’t follow the law.”

A spokesperson for Minister of Public Safety and Emergency Preparedness Bill Blair stated the measurement introduced by the federal government targets firearms, "that are tactical in their design, not weapons commonly used for hunting and sport shooting."

They added the regulation does not prohibit rifles and shotguns— Firearms most commonly used by hunters and farmers.

"It is targeted at assault-style rifles— Weapons that are designed in the manner of rifles used on the battlefield," said the spokesperson.

Firearms owners may keep the banned weapons following the expiry of the two-year amnesty period that began in May 2020, but will be subject to strict storage and reporting requirements.  Possession of one of the prohibited firearms without the proper license and registration carries a penalty of up to 10 years imprisonment.

The bill will also increase criminal penalties to fight gun smuggling and trafficking by enhancing the capacity of the RCMP and the Canada Border Services Agency to combat the illegal importation of firearms.

An additional goal of the legislation is to combat intimate partner and gender-based violence and self-harm involving firearms by creating "red flag" and "yellow flag" laws. The law would allow concerned citizens to apply to courts for the immediate removal of an individual's firearms. The Chief Firearms Officer would also be able to suspend and review an individual's licence to own firearms.

In preparation for the proposed buy-back program, Public Safety Canada awarded a contract to IBM Canada in Dec. 2020. IBM is working to obtain advice on options and approaches to develop the buy-back program based on firearms pricing and compensation.

However, the total cost of the buy-back program remains unclear.

"Public Safety Canada is looking at a broad range of considerations while pursuing efforts to advance the development of program design and implementation options," said Blair's spokesperson. "At this time, we are not in a position to share additional details regarding timelines and costs. Further information on compensation for affected owners and businesses, as well as the design of the program itself, will be communicated to Canadians in due course."

Richards said he finds it concerning the federal government has not indicated where the cash will come from to fund the purchase of the weapons or how much funding will be needed to facilitate the buy-back program.

“They have no details,” Richards said, “They have no clue what they’re doing or how they are going to do it.”

The effort put forward on the bill would be better spent on dealing with gangs and gun smuggling, Richards said.

“I would love to see us investing some dollars in policing and in our border services to catch and apprehend smugglers and those who are using guns illegally instead,” Richards said.

A major problem in Canada is the “revolving door” justice system where criminals can quickly return to the streets and reoffend. Richards said tougher laws are needed to punish appropriately and ensure habitual offenders are kept off the streets.

He noted the term “assault-style” weapon does not technically have a legal definition in Canada and this does complicate the buy-back.

“It seems to me what’s targeted are anything that looks scary to somebody,” Richards said. “What we need to see happening are laws and actions from a government that goes after people who are using guns illegally, goes after those who are smuggling guns— Those are the guns that pose a threat to society.”

Richards is concerned the lack of understanding about firearms is further scaring people because the bill does not present a full representation of how the weapons can be used. He added a focus needs to be placed on the person using the firearm and their intent.

“At the end of the day, it’s not the gun itself, it's the person whose hands it's in,” Richards said.