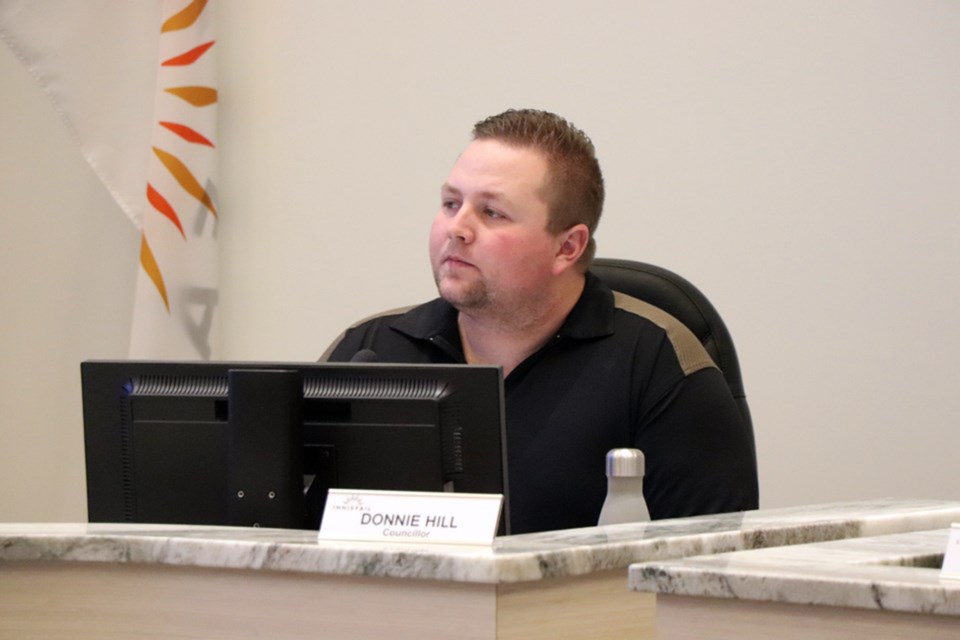 INNISFAIL - An Innisfail town councillor facing charges of sexual assault, unlawful confinement, assault and criminal harassment will be back in court next month, court officials said.

Donald D. Hill, 29, was charged with the offences on Oct. 23, 2020 and has been released on conditions, according to court documents.

A publication ban is in place prohibiting reporting on the identity of the complainant or any witnesses.

On Jan. 8 Hill provided the following statement to the Albertan:

“In October of 2020 I learned that I was being charged with a series of alleged offences dating back to 2013-2015. Specifically, I am being charged with sexual assault, unlawful confinement, assault and criminal harassment. Every one of these charges is false, and I intend to spare no effort in defending myself with every lawful means at my disposal. I have instructed my legal counsel to enter not guilty pleas to these charges, and I look forward to clearing my name in a court of law, at the earliest opportunity.”

Sexual assault and unlawful confinement each carry a maximum sentence on conviction of 10 years in prison.

Hill, who was elected to Innisfail town council in 2017, is scheduled to be in Red Deer Court of Queen’s Bench on Feb. 1 for arraignment, where he will be formally informed of the charges and may be asked to enter a plea.