"One skier was transported via STARS air ambulance to Calgary. The current condition of the patient is not known."
0
Jan 11, 2020 4:09 PM By: Alana MacLeod 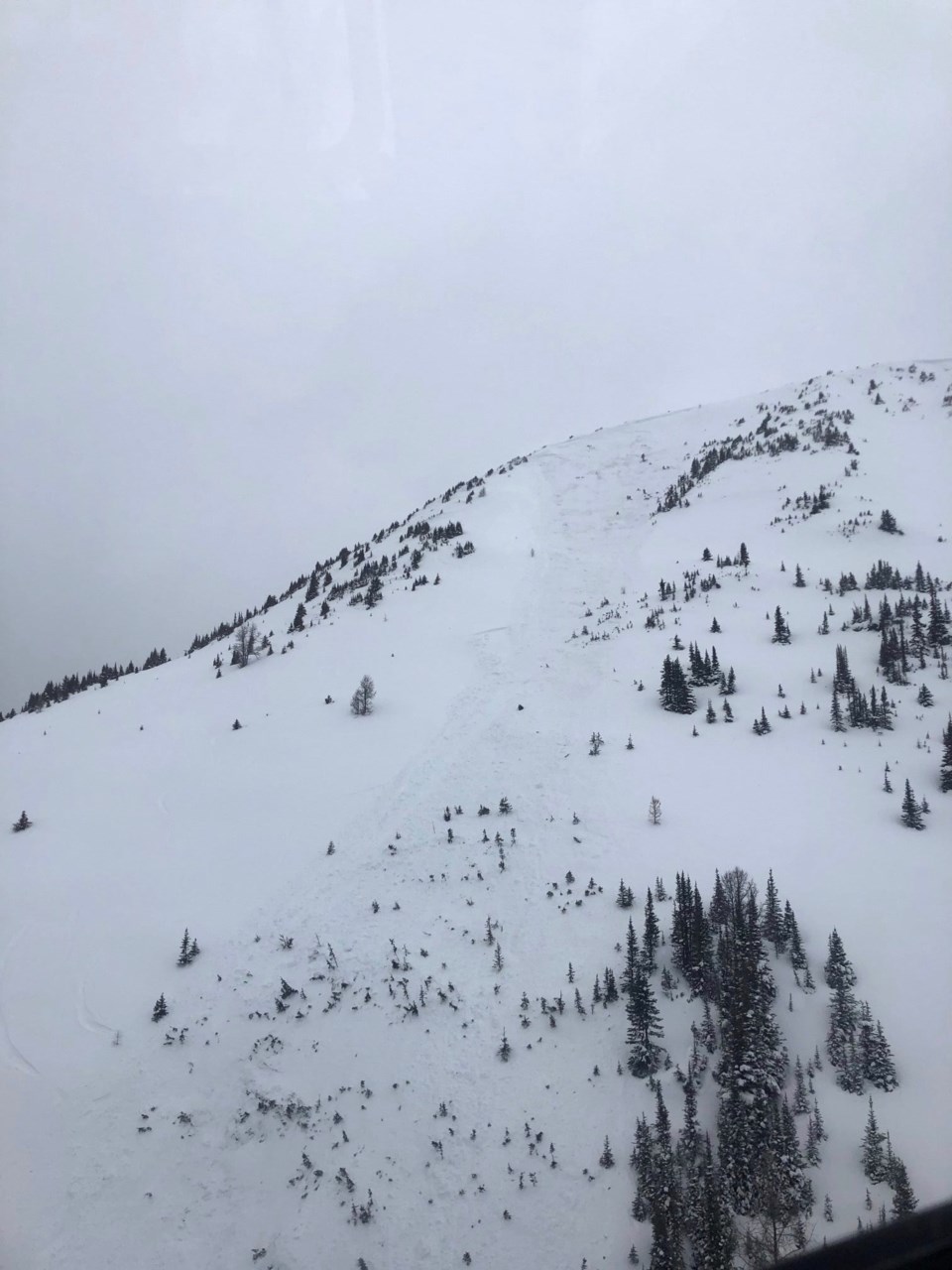 A photo posted on Avalanche Canada's website of the avalanche from Friday (Jan. 10) at Mount Hector in Banff National Park. SUBMITTED PHOTO

LAKE LOUISE –  A skier was flown by helicopter in life-threatening condition to Calgary after she was caught in an avalanche in Banff National Park.

The 32-year-old woman was in the Mount Hector area north of Lake Louise when the slide occurred Friday (Jan. 10).

A spokesperson from Parks Canada said three backcountry skiers were on the mountain when the avalanche occurred and confirmed one person was airlifted to a Calgary hospital by STARS air ambulance.

"One skier was transported via STARS air ambulance to Calgary. The current condition of the patient is not known."

Alpine Helicopters Inc. confirmed in a Facebook post that its crew transported the patient from Mount Hector to the Banff warden office, where she was picked up by STARS and taken to Foothills Medical Centre in Calgary at approximately 5 p.m.

STARS spokesperson Mark Oddan confirmed the patient, who was buried in the avalanche, was in critical condition when she was transported. However, he could not confirm her condition after arriving at the hospital in Calgary.

Oddan says their helicopter crew was told she was under the snow for approximately 45 minutes and that friends got her out.

A report on Avalanche Canada's website from Friday afternoon stated that there was a serious incident at Mount Hector. The post at 2 p.m. indicated the 2.5 sized avalanche was a "serious" incident.

"Serious accident today," reported Snow Safety on the site. "Party possibly remotely triggered the size 2.5 avalanche on Mount Hector. It may have started as a windslab release with possible involvement of the upper surface hoar/facet/stellar Dec. 31 persistent layer, which then stepped down to the weak basal deep persistent layer in places."

The web portal allows backcountry users to report avalanche conditions and incidents throughout western Canada. The non-government organization also issued a special avalanche warning after a significant snowfall prior to Christmas in the Rocky Mountains of B.C. and Alberta.

"Visitor safety is a top priority for Parks Canada and we work closely with other organizations to ensure that backcountry users receive the most up-to-date information on avalanche conditions so that they can make informed decisions," wrote Matheson.

With files from the Canadian Press

Tax revolt? Unpaid taxes from energy companies to Alberta towns more than double
Jan 20, 2020 12:23 PM
Comments
We welcome your feedback and encourage you to share your thoughts on this story. We ask that you be respectful of others and their points of view, refrain from personal attacks and stay on topic. To learn about our commenting policies and how we moderate, please read our Community Guidelines.