"We have now reached the point where variants of concern are the dominant strains of new COVID-19 cases in our province."
Apr 8, 2021 5:17 PM By: Jennifer Henderson, Local Journalism Initiative reporter 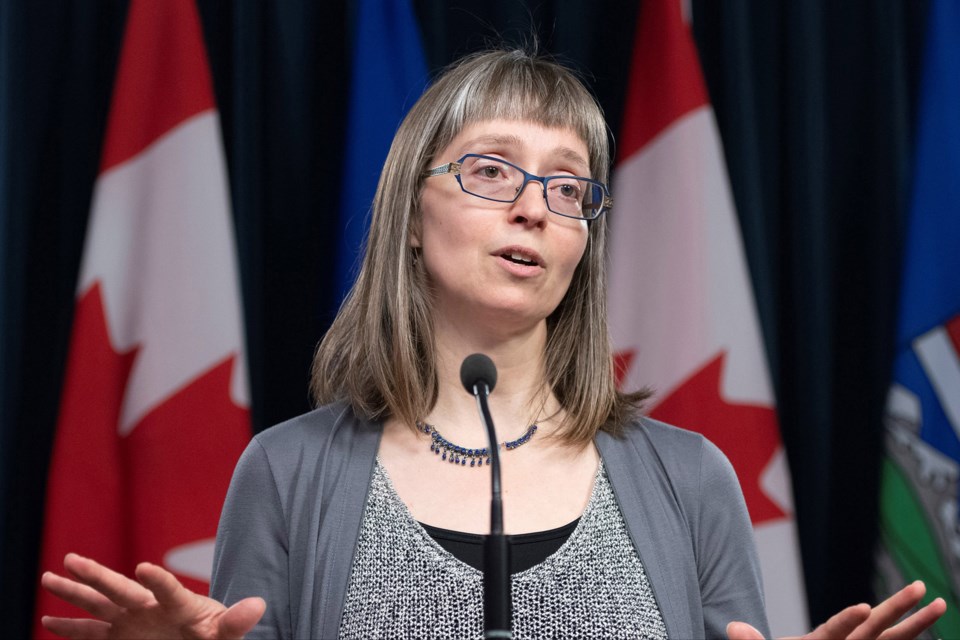 The B.1.1.7 COVID variant of concern is now the dominant strain in Alberta with 45 per cent of all active cases now reported to be the variant.

On Thursday, Alberta Chief Medical Officer of Health Dr. Deena Hinshaw said the more infectious variant that was first discovered in the United Kingdom is the dominant strain as the province added another 717 cases overnight.

"We have now reached the point where variants of concern are the dominant strains of new COVID-19 cases in our province," Hinshaw said on Thursday.

"We have now reached the point that if you test positive, you should assume that you have the U.K. variant."

"If you are a close contact, you will be offered testing as soon as you are notified, and if you test negative, offered testing again 10 days after your last exposure. By testing all close contacts twice, we have a better chance of quickly identifying new cases and stopping their spread," Hinshaw said.

The second test is important, the province's top doctor said, as it is able to pick up some cases that would have gone under the radar. Hinshaw said someone who gets tested during their 14-day quarantine period may be incubating the virus at that point and test positive a few days later and can leave the quarantine period and be infectious.

"So that second test is really important to be able to make sure that that individual is not potentially passing on that virus to others. That double test helps us with additional layer of security around all close contacts of all of our cases from today going forward."

The province is strongly encouraging those with COVID-19 to isolate away from the rest of their household during their infectious period and encourages those who can't effectively isolate at home to take advantage of the free hotels the province is offering or find a separate accommodation.

"If the case cannot isolate in a separate space from the rest of the household, and for all P1 and B1351 variant cases,  we will continue to consider household contacts to be continuously exposed during the infectious period if a case remains in the same house, even if they have a separate bathroom and bedroom," Hinshaw said, adding the close contacts would have to start their 14-day quarantine on the last day of contact with their sick housemate.

While the new more infectious and more severe variant cases are becoming the dominant strain, Hinshaw said the vaccines are effective against them.

Across the province another 1,429 cases were reported on Thursday, the highest number so far in 2021, bringing the total active cases to 12,187. The province ran 15,203 tests for a positivity rate of 9.4 per cent. There are currently 340 Albertans in the hospital with 83 of them in intensive care. Another three deaths were reported, bringing the provincial total up to 2,005.