Lessons were learned and passed on to AHS after positive cases at Edwin Parr Composite in Athabasca and H.A. Kostash School in Smoky Lake
Sep 14, 2020 11:30 AM By: Heather Stocking 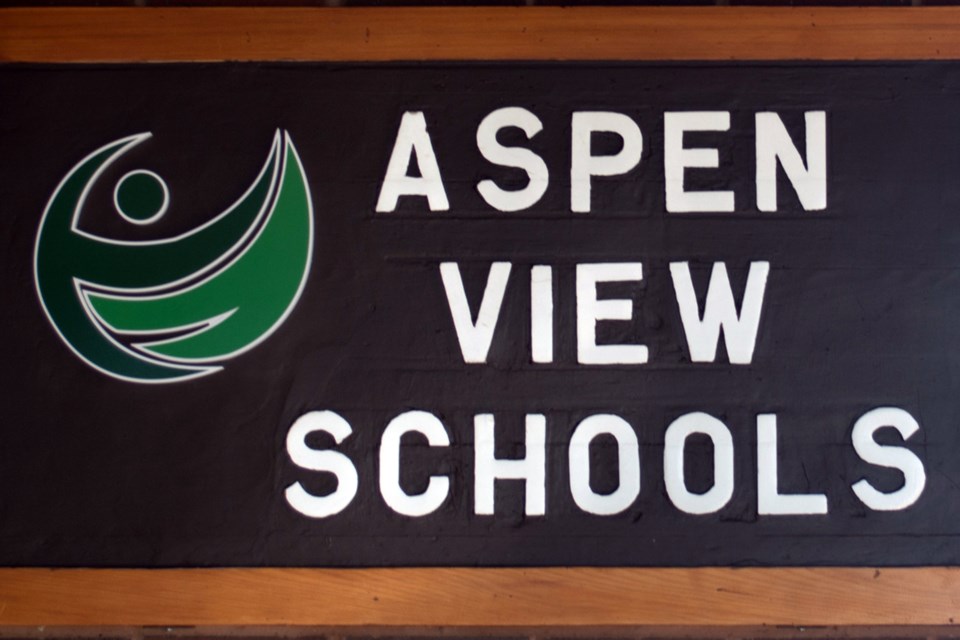 Aspen View Public Schools had two cases of COVID-19 identified last week — one in Athabasca and one in Smoky Lake. File

ATHABASCA - One of the top topics of discussion at the Aspen View Public Schools first trustee meeting of the new school year Sept. 10, was the reaction to two individuals within the division being identified with COVID-19.

Supt. Neil O’Shea gave the trustees the timeline of when the cases were confirmed by Alberta Health Services (AHS), when the schools were informed and what took place after.

“(There was a) little bit of a delay on Tuesday between getting information out to our community; Alberta Health Services had asked us to send our communications to them prior to sending it out. They wanted to make sure that it was aligned with what they like to communicate out, and (communications officer) Ross (Hunter) and I were waiting with bated breath for that email to come back saying ‘Yep, it's good to go,’” O’Shea said.

“And that didn't come until about 1:30 or two in the afternoon so I know there was some angst in the community because they're getting sent home at 8:30 in the morning. They weren't receiving any information until 1:30 in the afternoon. That was something that was beyond our control.”

O’Shea added that while the response from AHS was “phenomenal in both cases” there are still tweaks being made about the dissemination of information from the health authority.

The second part is that it is cumbersome for AHS to have contact information for the hundreds of school principals across the province and when a case is identified over the weekend like it was over the Labour Day long weekend for Edwin Parr Composite (EPC) in Athabasca, it slowed down notifying the school division and school.

“CASS (College of Alberta School Superintendents) and Alberta education now worked together in the last couple of days to put together a contact list for at least the 61 superintendents in the province,” O’Shea said. “So, if there is a case, identified on the weekend, they now have my emergency number. So, they're tweaking their process a little bit so that they can actually let somebody know from the school board so that we can actually be prepared.”

Trustees then questioned why entire classrooms were sent home instead of those who could have been identified as being within two metres for 15 minutes or more. But AHS defines close contact as anyone in contact for 15 minutes or more in a classroom regardless of where they were sitting in relation to the individual.

"It makes it much easier rather than having to take that close contact list and having to figure out distance and time,” said Hunter.

Once the staff and students are identified they are sent home to self-isolate for 14 days as mandated by the provincial government, but that brings its own set of challenges as there is no one policing if they actually stay isolated.

“Unfortunately like every other sector of society, although the self-isolation is a legally binding directive from AHS the enforcement for the most part is left in the hands of the individual directed to isolate. I believe that on the Alberta government website, under COVID response, there is a number people can call to report someone who is not following a health directive,” O’Shea told the Athabasca Advocate Sept. 11.

“We do not want schools to close again; that's just not good for anybody. If we shut down in let's say November or December and people had to go until June with no school that's not good for society," O'Shea said.

As for the restrictions put in place by the school division, O’Shea noted there has not been much resistance from parents or students.

“We haven't really had a lot of pushback on our restrictions, which is good, but we just want to keep the numbers down. I anticipated we would see some cases in our schools; I just didn't think we would have two (Edwin Parr and Smoky Lake) in the first week of school,” said O’Shea.