Barrhead Fish and Game Association president says local MLA office instrumental in reopening of their facility
0
May 23, 2020 7:05 AM By: Barry Kerton 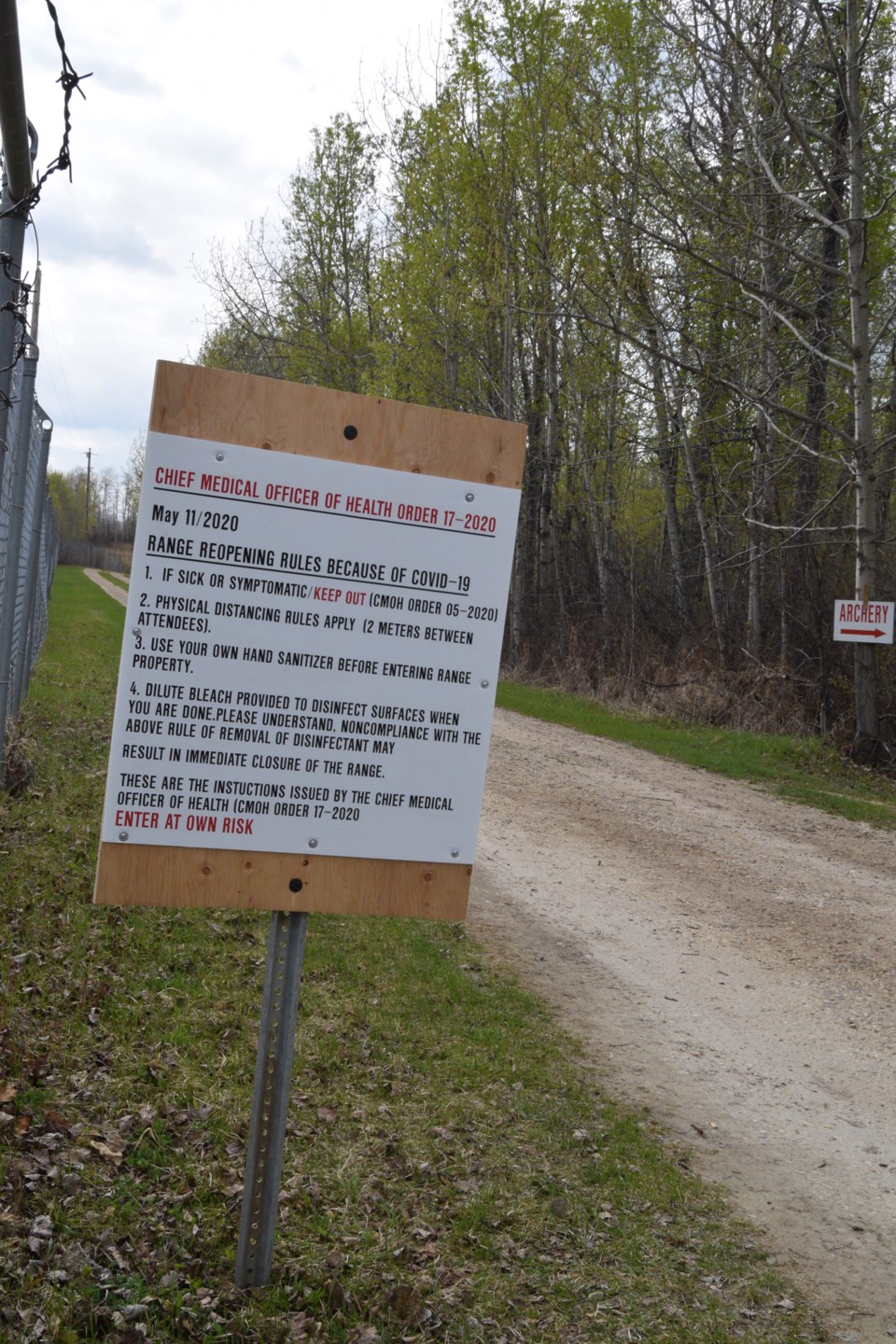 The Barrhead Fish and Game Association reopened its gun range on May 11 posting a set of rules users must follow at its enterance. Barry Kerton T&C

BARRHEAD-Shooting and archery enthusiasts will have another area to apply their pastime.

That is because late in the afternoon of May 11, Barrhead Fish and Game Association president Joe Prociuk opened up its gun range near Thunder Lake Provincial Park.

The association closed the gun range gates to the public in early March as part of the Alberta Health Services order to close all non-essential business as part of its efforts to slow the COVD-19 pandemic.

The gun range serves more than 600 members, many coming from outside the region such as Athabasca, Westlock, Whitecourt, Fort Saskatchewan, Morinville and St. Albert, partly because of its proximity to Thunder Lake Provincial Park.

The gun range also serves as a training area for RCMP, Alberta Sheriffs as well as municipal bylaw, peace and fish and wildlife officers.

"We fall under the same category as golf clubs, but we didn't know it at the time," Prociuk said, shortly after returning from opening the gun range.

Golf courses, as long as they followed, described guidelines were able to open May 4.

With the help of Athabasca-Barrhead-Westlock United Conservative Party (UCP) MLA Glenn van Dijken, Prociuk was included in a May 5 province-wide conference call.

Prociuk noted the conference call was more of an informational session for organizations and other shooting interest groups regarding the potential change in firearms regulations at the federal level and not about the rebooting of the economy or the opening of gun ranges per se.

Taking part in the conference were Premier Jason Kenney and Minster of Health Tyler Shandro.

Through the call, Prociuk asked when their facility could reopen and under what rules.

Within a day a health officer contacted the association and went over the rules the province, as dictated in CMOH 17-2020.

"Rule One, if you are feeling sick or are symptomatic, keep out," he said.

Other restrictions include standard physical distancing of at least two-metres between attendees, the use of hand sanitizer before entering the range (must be provided by the attendee) and bleach or disinfectant is provided at the shooting stations as well as at or near the two outdoor washroom facilities (pit toilets) so people can clean them after each use.

Due to the physical distance restrictions, the association has cancelled its group shooting events for the season such as trapshooting and pistol target shooting where there could be 20 or more participants.

The association posted a large sign of all the regulations at the gun range entrance.

Since the range's closure, Prociuk said he has been inundated with calls asking about when it would open again.

Its mandate is to advocate for the common interests of ethical hunters, anglers and outdoor enthusiasts dedicated to the responsible stewardship of Alberta’s environment.

The association created the range sometime in the 1960s as a safe place to practice their hobby.

Increase of COVID-19 cases in Edmonton linked to 2 family gatherings
Jun 1, 2020 5:55 PM
Comments
We welcome your feedback and encourage you to share your thoughts. We ask that you be respectful of others and their points of view, refrain from personal attacks and stay on topic. To learn about our commenting policies and how we moderate, please read our Community Guidelines.