Canada Day celebrations around the corner 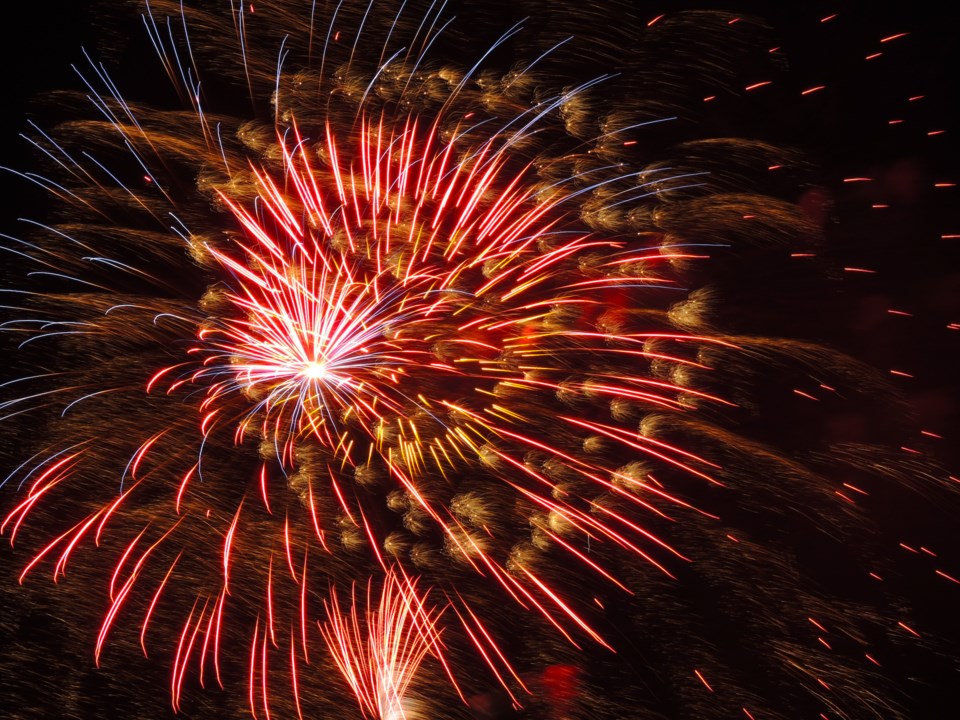 The Athabasca District Chamber of Commerce is putting on the annual Canada Day festivities July 1, but the parade and fireworks will look a little different for those looking to celebrate.  Stock image

ATHABASCA - Canada Day celebrations will be a little different in Athabasca this year, as the usual parade and fireworks will take on different flavours than residents are used to.

A reverse parade and a drive-in fireworks display are both in the works for Canada’s 153rd birthday, which will be a change of pace for those who are used to large crowds lining the streets to see the floats that drive by, and the even larger crowds that gather for the annual fireworks show.

“Normally, the Athabasca District Chamber of Commerce sponsors the parade that happens July 1 every year. We line people up and go around through the downtown core, showing off the floats and everybody is happy,” said chamber organizer Rick Baksza as he announced the parade last week on the Athabasca Advocate Facebook page. “This year, because of COVID, we’re going to have to change things just a little bit and we’re going to try to make it a little more exciting for everybody in town.”

The reverse parade itself will take place at that time, but businesses will be decorating their storefronts starting June 29, which will remain up until July 4, providing ample opportunity for residents to check out the Canada Day spirit of the downtown core.

“In this particular situation, businesses will dress up their office fronts showing their Canada Day pride and their businesses and we, the general public, July 1 at 11 a.m., will drive through the downtown, waving and cheering as we see all the businesses that have dressed up for the occasion,” said Baksza.

Residents are asked to meet between the Petro Canada card lock station and Independent Foods prior to 11 a.m. The parade will then head east, then south on Highway 2 before turning east of 49 Ave., and heading north along 49 St. Vehicles will then turn west on Highway 55 and finishes where the parade began.

The fireworks display will also go ahead at Riverfront Park close to 11 p.m. Onlookers are asked to remain in their vehicles for the show, and to arrive close to 10:30 p.m.

Chamber organizer Todd Dutchak was at town council’s June 16 meeting to share the chamber’s plans for the event and to ask for a contribution from the town.The plan is to treat it like a drive-in event, with everyone watching from their vehicles, though Dutchak admitted that may be difficult, especially if children take in the show as well. He advises everyone, if they need to be outside their vehicles, to maintain a proper distance of two metres from each other.

Mayor Colleen Powell and the rest of council did express concern for being able to control the event and the high probability of people foregoing social distancing requirements. They were also wary of providing the full $10,000 contribution Dutchak had proposed.

After a lengthy discussion about where the money would come from, council decided to use $5,000 that was originally destined for this year’s Magnificent River Rats Festival, which was cancelled due to the pandemic.

Coun. Ida Edwards, who is also on the River Rats organizing committee, expressed her deep concern with the idea of using the money for the fireworks, even though the festival is cancelled as it may have an effect on the ability to get future grants. In the end though, she was the only one opposed to the motion to provide the $5,000.

Dutchak recognized that concern, as well as the concerns about social-distancing, adding the chamber would also be live-streaming the fireworks show, so residents can take part from the comfort of their own homes, if they so desire.

“We’re also going to be videoing them as well, so you can watch them from home,” he said.

“It’s good for the community. It’s something the community needs,” said Dutchak, encouraging residents to show their Canada Day spirit.

“Break the COVID cabin fever and come on out to watch the fireworks.”