COVID-19 changes how Barrhead RCMP Detachment deals with the public

Detachment commander says to limit potential exposure to the virus the doors to the detachment are closed
0
Mar 25, 2020 2:02 PM By: Barry Kerton 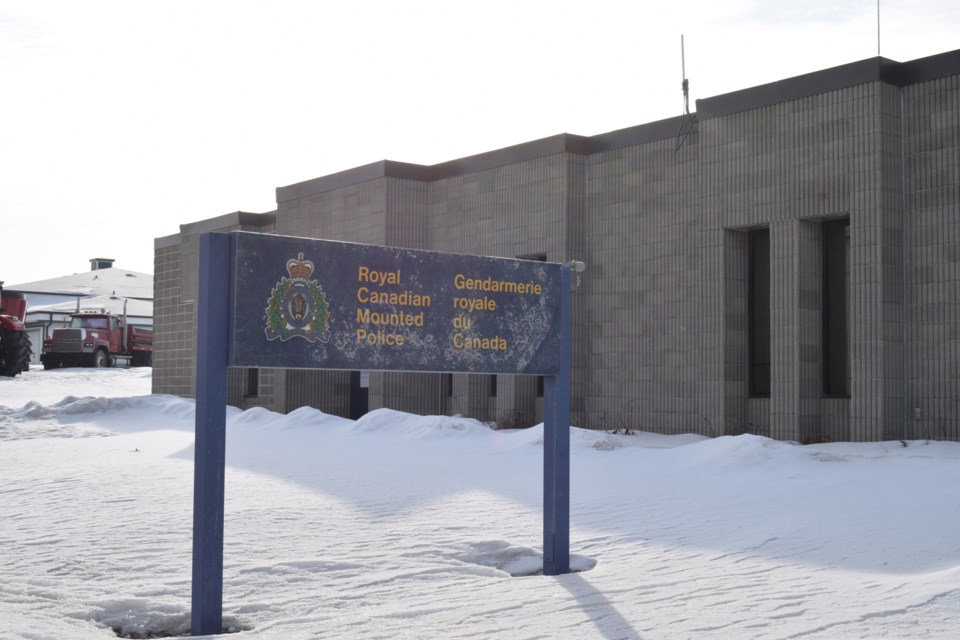 To limit potential exposure to the COVID-19 virus the Barrhead RCMP has locked its doors, and encourages the public to contact them via telephone. Barry Kerton/BL

BARRHEAD - If a member of the RCMP is truly needed, one will be available.

That is what Barrhead Detachment commander Sgt. Bob Dodds told the Barrhead Leader on March 18.

Like many government and public organizations, the detachment has effectively locked the doors to the public due as part of the on going efforts to combat the spread of COVID-19.

The detachment, as well as all across Canada, will no longer be providing criminal and security checks for the public unless it has to do with employment, which, he said, might not be that much of an inconvenience as unfortunately, the number of organizations and events requiring such checks out of necessity have been post-phoned or cancelled.

“If it is employment-related we will consider it,” he said. “If someone’s job is dependant on a police information check, then we would make arrangements ... but if they have to come into the building and come face-to-face with the staff, they would be required to take extra precautions, such as putting on a mask and gloves.”

Similarly, the RCMP is asking the public to call the detachment for such things as minor traffic reports or criminal complaints.

Whether or not the call or incident requires an in-person visit will be made case-by-case.

He used the example of a person who reported their licence plate stolen and the last time they saw it was September.

“There wasn’t a need for police attendance, so we took their information over the phone,” Dodds said. “On the other hand, we had another licence plate stolen from a parking lot so the members were over there looking for evidence such as video surveillance.”

He said for person crimes — crimes committed directly against a person — the police are going to attend.

“It is common sense,” Dodds said. “If a police officer has to be at your door, then that’s where they are going to be.”

However, he said if it is a job that can be done via telephone or another means, then that is what will happen.

Although the police are trying to limit their exposure to the public and the illness, Dodds said he didn’t want people to stop calling in reports of suspicious activity.

The detachment has also scaled back the number of people who work in the building to reduce the chances of potential infection and the risk of a person having to self isolate. For example, he said Barrhead Community Victim Services Unit (VSU) is no longer going to be working out of the building. If a VSU worker has to be dispatched they will be called out from their homes.

“We have to be cautious and not let our staff be unnecessarily exposed because we still need first responders,” Dodds said.

So far, it seems to be working. The Barrhead Detachment is still fully staffed, with no one having to self-isolate or be quarantined.

And if in the eventuality the detachment does lose several of its members temporarily, they can call upon other detachments or even K-Division headquarters.

“There are hundreds of members across the province that can be deployed. There will always be an RCMP presence,” he said.

Dodds added at a time like this where things are constantly evolving and people are understandably stressed, people should be more forgiving.

“Everyone is wondering what’s next and how long is it going to take,” he said. “So let’s give everyone a little extra space and extra leeway in terms of attitude and treat everyone with respect. That’s the best thing we can do to keep moving forward.”

Town of Westlock holds meeting via Zoom
Mar 29, 2020 12:22 PM
Comments
We welcome your feedback and encourage you to share your thoughts on this story. We ask that you be respectful of others and their points of view, refrain from personal attacks and stay on topic. To learn about our commenting policies and how we moderate, please read our Community Guidelines.