Dealing with abuse in a pandemic world 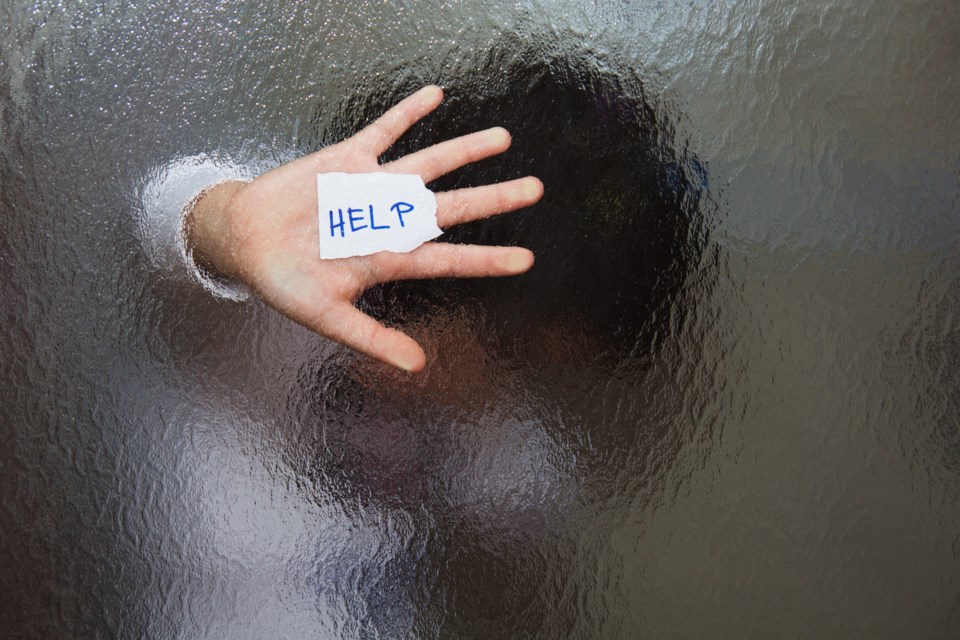 The COVID-19 pandemic has seen an increase in domestic abuse stretching resources to the limits, but there is still help available. File
ATHABASCA – Dealing with the rise of abuse in a pandemic world is a lot harder with the usual resources being limited or eliminated altogether due to physical distancing.

Rural communities traditionally underreport abuse as compared to urban areas and Irene Fitzsimmons, the Thrive coordinator for Healthy Families Healthy Futures has noticed an increase in calls since the pandemic forced people fully or partially out of work.

“I've certainly experienced in my work an increase for sure, and it hasn't slowed down for me,” Fitzsimmons said, adding she has noticed an increase in elder abuse as well. “It's not scientific, it's very local, the numbers of referrals of older adults has increased – older adults in their 70s and 80s – I've had an increase over the last (few) weeks.”

Fitzsimmons said part of the problem is that rural areas do not have the resources that can be found in urban areas, like public transportation or greater access to shelters.

“These issues already exist in our community – especially in rural and remote communities – family violence, intimate partner violence, the underreporting with the increased social and geographical isolation, the lack of resources, those have been with us for years,” Fitzsimmons said. “I think something like this just highlights the problems that are already exist.”

The lack of reporting in rural remote communities arises from the difficulties of geographical isolation on acreages and farms, the lack of shelters and other resources. Domestic violence resources in smaller communities are less and the geographic area that RCMP or victim service units cover is large.

“Most people that I deal with are not at that point (they want to press charges),” Fitzsimmons explained. "So, someone in a large urban center thinks that's the go-to place for everyone in a rural community. It isn't. That's where we as a community have different ways of working so it would be reaching out to the ‘Jackies’.”

The ‘Jackie’ in this case is Jackie Shank, a therapist at Take Care Counselling in Athabasca, who is also facing challenges with working with clients due to the pandemic.

"Certainly, for me in private practice it's changed significantly because of course, it's all video (or) it's all a telephone, one of the two,” Shank explained. "With those clients I have an established relationship with it's a bit of an easier transition because I already know those people and I already got a sense of what's going on for them. But for new clients, I think for both certainly myself as a clinician and the client it’s a new challenge.”

Fitzsimmons noted counselling and intervention is also done with the perpetrators of the abuse as well as the person being abused.

"(It’s) really important to say because many of those people that are perpetrating the abuse … they love the people that are in their world,” she explained. "So, it's also understanding the dynamic of the perpetrators of abuse and how do we reach out – that may not be our primary focus to start – but we also need to acknowledge that that's an important piece of working with who we might consider the victim of abuse.”

Shank noted it’s almost impossible to get services to individuals during the pandemic, and most people are more concerned with meeting their basic needs than leaving an abusive relationship.

“We're in the state of mind where people are really trying to just meet their basic living; food, shelter, get my kids' education while keeping myself safe,” Shank said. “So, this pandemic has not only just highlighted, but it removed all the handles to even provide support and help.”

Shank added she and Fitzsimmons have discussed how it's more dangerous right now for the person who's in the situation to call and it's dangerous for Fitzsimmons to reach out, creating a dilemma.

“When we safety plan with someone who might still have the person who's abusive in the home with them, we know the most dangerous time for people to leave is when they've decided to leave the relationship,” Fitzsimmons said. “And this kind of period of COVID-19, there is no place for them to go.”

That leaves Fitzsimmons to work on safety planning within the unsafe situation that they find themselves in because the option of leaving isn’t there.

Fitzsimmons and Shank also expressed concerns with teens who, due to being online more in what is likely an unsupervised setting, are at risk of being exploited or bullied online.

"We know from the research that's coming out now that the perpetrators of that whether they be more local or regional – you don't need them to be local or regional on technology – that they look for opportunities like this,” Fitzsimmons said. “They know that young people have more time on their hands, that that may be unsupervised and so the increase in the opportunities for that has certainly been shown that those instances are increased.”

The important thing is to remember that there is still help if you need it.

"We're still available and connecting. It's a different kind of connection,” Fitzsimmons stated. “Certainly, for me, my expectations with the people that I'm connecting with have to be realistic. I can't promise that I will come out and see them but we can keep in contact and I think for some of them just the connection (and) they know that there's someone out there who knows that they're alive. That's important during this.”

Shank noted that there are multiple resources available for anyone needing help either from abuse or if they are just needing someone to talk to because of stress from the pandemic.

She added, “Owl Pod is free access to mental health clinics and ibeliveyou.info is for sexual abuse survivors.

Increase of COVID-19 cases in Edmonton linked to 2 family gatherings
Jun 1, 2020 5:55 PM
Comments
We welcome your feedback and encourage you to share your thoughts. We ask that you be respectful of others and their points of view, refrain from personal attacks and stay on topic. To learn about our commenting policies and how we moderate, please read our Community Guidelines.