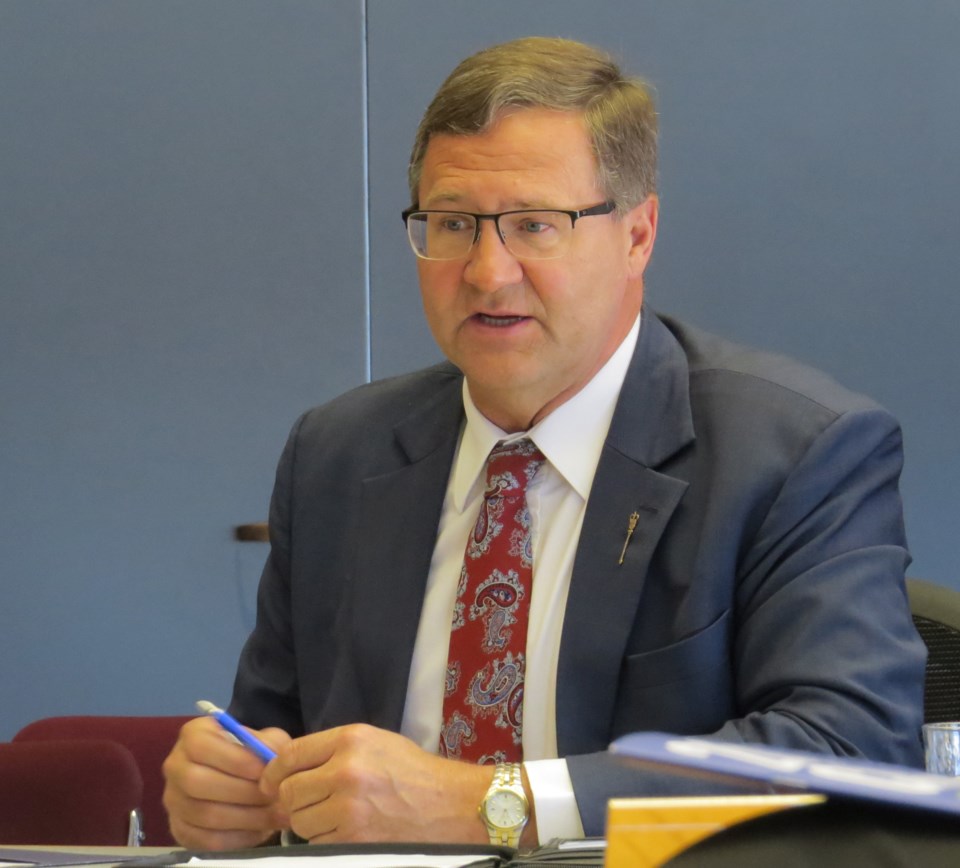 Athabasca-Barrhead-Westlock MLA Glenn van Dijken has signed a letter stating that the rollback to Step 1 restrictions announced on April 6 is the wrong decision. File photo

ATHABASCA-BARRHEAD-WESTLOCK - Local MLA Glenn van Dijken was one of 16 United Conservative Party (UCP) caucus members to add his name to a letter protesting the return to more stringent health restrictions.

In an interview on April 8, van Dijken said he was opposed with the decision made two days earlier to return to a "blanket approach," adding that he was worried that rural Alberta was going to lose some businesses that it didn't need to if the province had pursued a more regional approach to COVID restrictions.

“I have been advocating for a more regional approach with government for four months now. And it continues to be a blanket approach," he said.

On April 6, Premier Jason Kenney announced that Alberta would be rolling back to Step 1 under the four-step economic relaunch strategy as a result of a sudden spike in COVID-19 variant cases and hospitalizations.

A day later, van Dijken, the MLA for Athabasca-Barrhead-Westlock, published a letter to his Facebook page that he had signed along with 15 other MLAs, most of whom represent rural constituencies, protesting the rollback to Step 1 restrictions.

The letter opens by acknowledging the physical and mental health impacts that COVID-19 has had on “vulnerable members of our population,” adding that the co-signing MLAs have always been concerned about the health and safety of the most vulnerable and are grateful that vaccinations are underway.

It then acknowledges how the four-step economic relaunch strategy was announced in 2021 and how it provided a “step-by-step" plan to lift restrictions and restore confidence for small businesses and communities.

“We believe that (the April 6 announcement) to move our province backwards, effectively abandoning the plan that Albertans had worked diligently over the past months to follow, is the wrong decision,” the letter states.

“We have heard from our constituents, and they want us to defend their livelihoods and freedoms as Albertans. For months, we have raised these concerns at the highest levels of government and unfortunately, the approach of the government remains the same.”

The letter concludes by calling on their government colleagues to “recognize the pleas of our constituents” and states they will continue advocating for a transparent path forward that provides certainty to Alberta families, communities and businesses.

van Dijken acknowledged that there was a major outbreak of COVID-19 occurring in Athabasca, where there are currently 266 active cases of COVID-19 identified within the community, including 101 cases at Edwin Parr Composite School.

“I’m fully aware of the situation in Athabasca. I’ve been working with Alberta Health Services to ensure that they’re doing their best to address the concerns there and to make sure that they have enough people on the ground to work through that," he said.

The question he keeps being asked by business-owners, especially those who operate local restaurants or gyms, is how closing businesses in one part of the constituency that is far removed from Athabasca helps the situation.

“Our constituency is very, very large. We drive four hours from one end to the other. Businesses on one end of the constituency feel very, very much that they shouldn’t be penalized (for operating in) a region where they have minimal cases or no cases. That’s been the case for four months."

van Dijken indicated he had also heard from some in the medical community that a more regional approach would help with adherence to the public health restrictions.

“They believe that it gives people something to strive for. It gives them hope, some sense of achievement, that they’re able to continue to operate because they’ve worked hard to ensure that they stay within the guidelines," he said.

"When it becomes a blanket approach, they feel defeated. And so, the concern has been that we will lose some of them on adherence to guidelines.”

He noted that on April 7, he had to deal with a few phone calls from business people who feel they will not re-open again because of the rollback to Step 1 restrictions.

van Dijken said he had also communicated with different Chambers of Commerce highlighting their concerns around the viability of businesses in the face of restrictions, especially in rural Alberta where they're working with slim margins to begin with.

"One thing we’ve got to recognize that when some of these businesses close in rural Alberta, there’s a good chance that there’s nobody to re-open them down the road," he said.

With that in mind, van Dijken still urges local Albertans to stay vigilant, noting that they are approaching the finish line with the rollout of vaccinations.

“It is a race to get as many people vaccinated as possible," he said.

Hanson, who has already commented to Lakeland Today, said there has been a delayed response previously from his government in opening things up when COVID numbers were declining, but as soon as the number of cases began to rise immediate action was taken to shut things down again.

“What did we get? Eight hours’ notice on some of this stuff? So that’s the frustrating part for me,” he said, Wednesday afternoon. “I voiced my opinion in caucus against it and a lot of my colleagues did as well. We’re just trying to put forward as caucus members the opinions we’re hearing from our constituents — that’s our job as MLAs. Some of us decided that we need to make sure that the message gets out to our constituents that we are actually trying to stand up for them.”

Hanson went on to state that he would have preferred Kenney to have warned Albertans to toe the line on existing public health measures, recognizing the trajectory was heading in the wrong direction.

“Our restaurants up here that don’t have access to patios, it’s going to be tough on them and some were barely hanging on as it was . . . My support on Facebook has been 100 per cent positive so far for that letter.”

Asked about the potential impact on hospitals if COVID numbers continue to spike, Hanson said he understands that concern, but maintained he is speaking up “for what I’m hearing from the majority of my constituents and lot of my colleagues felt the same way. I’m not in this alone by a long stretch.”

COVID-19 cases within County of Barrhead more than double within three days
Apr 10, 2021 8:00 AM
Comments