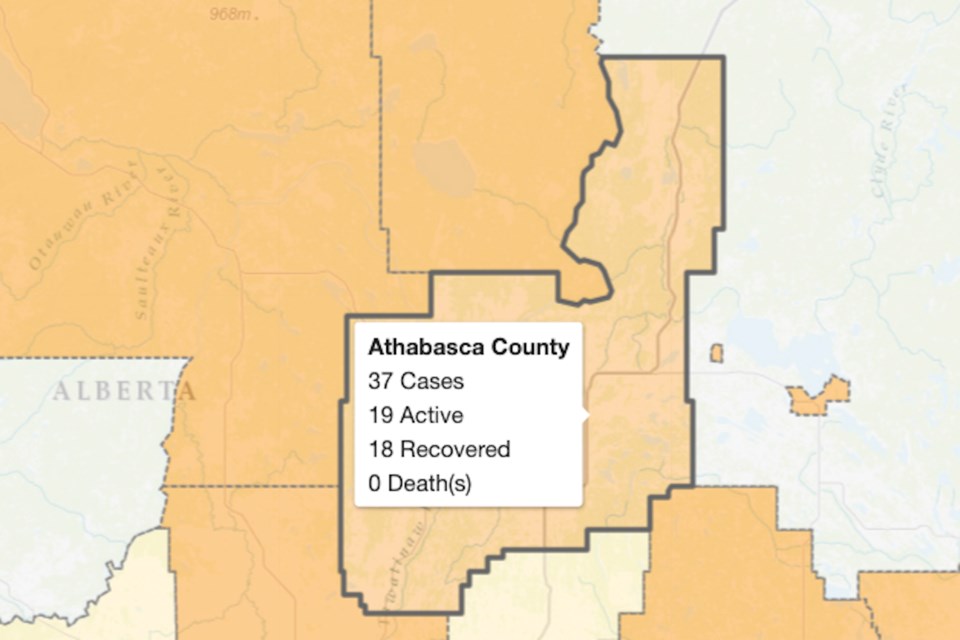 An additional case of COVID-19 was reported in the Athabasca area Nov. 26.

ATHABASCA - An additional case of COVID-19 was reported in the Athabasca region Thursday.

There are now 19 active cases within the borders of Athabasca County, which includes the Town of Athabasca and Village of Boyle. There have been 37 cases since the pandemic was declared in March. With a population between the three municipalities of 13,196, that brings the active rate per 100,000 residents to 141. The exact location of the new case is unknown, but the Boyle area remains at 10, according to the province's geospatial map.

A public health emergency was declared by Alberta premier Jason Kenney Tuesday, which introduced a list of new mandatory measures regarding social gatherings, schooling and masks in workplaces, among others. The Town of Athabasca and Athabasca County's temporary face-covering bylaws are still in effect for public spaces.

Athabasca County also announced today its offices would be closed to the public starting Dec. 1, and this afternoon a special meeting of the Athabasca Regional Multiplex Society, the potential closure of the facility until the new year was discussed.