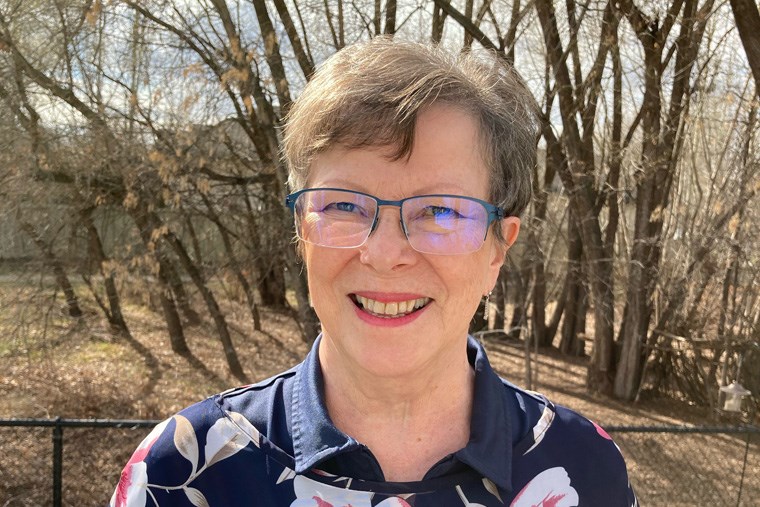 Congratulations to the winner of the World Women's Championship 50/50 Raffle for Monday, May 3, 2021

“It’s fantastic. Yesterday was my lucky day. I got my second dose of the vaccine and I won the 50/50”

With a couple more games in the win column, Team Canada is not the only one with something to smile about at the LGT World Women’s Curling Championship. Ruby Olson of St. Albert has over 3,000 big reasons to smile, as she is the cash prize winner from Monday’s 50/50 jackpot.

“It’s fantastic. Yesterday was my lucky day. I got my second dose of the vaccine and I won the 50/50,” said Ruby. “I have been spending my $20 on tickets every game day, telling Randy that I made my donation for today. I usually check the winning number before I buy my next ticket, but today was really busy and I hadn’t got to it yet. When Curling Alberta called, it was a wonderful treat.”

Ruby and her husband Randy are well known in Alberta’s curling community. Prior to the amalgamation of the provincial regions, Ruby worked for the Alberta Curling Federation until her retirement. She also volunteered as an event manager during the Alberta men’s and women’s championships when they were hosted at the Leduc Curling Club. Her husband, Randy has been involved in curling his entire life as a player and a coach. He managed the Leduc Curling Club for five years and now volunteers for Curling Alberta in doing the draws for sanctioned events. Ruby and Randy have switched entirely to two-person stick curling and are the 2019 Alberta Two Person Curling Champions. “Curling has been our life,” adds Ruby simply.

They have quite a talented and accomplished family, including some grandchildren that they have missed hugging for 14 long months. “Lori is our famous curling daughter,” piped up Randy, while Ruby added that their other daughter lives in Vancouver and is involved in dance.

Last season marked the first time in over 50 years that Ruby and Randy did not curl, but they are looking forward to getting back on the ice in the fall. In the meantime, they are keeping busy with Ruby recently volunteering to become a peer-to-peer support worker and Randy working to build and promote the stick curling community in Alberta. Between retirement and the last fourteen months of living in a COVID world, Ruby has developed a whole new skill set. “I have become an absolutely excellent online shopper and curb side pick-up expert” she laughed.

Thank you Ruby and Randy for always supporting our sport on and off the ice, and to all the dedicated fans who generously support Curling Alberta’s 50/50 initiative. It is that community-minded spirit that will helps create a lasting legacy for our sport and keep the grassroots curling spirit alive and thriving in communities across Alberta.

50/50 tickets are available each game day of the LGT World Women’s Curling Championship. Tickets can be purchased from 9:00 AM – 10:00 PM MT Buy Your Tickets Here!

SPONSORED CONTENT: This content is made possible by our Sponsor; it was produced by GWM Content Studio, Great West Media's commercial content division, on behalf of Curling Alberta. It is not written by and does not necessarily reflect the views of the editorial staff.