The film is being presented by Canmore's artsPlace for free streaming from April 21 to May 9. Drew Nicholas and Sandy White Hawk will also participate in a discussion on Wednesday (May 5) when they will be interviewed by Bow Valley locals Travis Rider, a Stoney Nakoda community member, and Métis Elder Darin Ladouceur.
May 6, 2021 8:30 AM By: RMO Staff 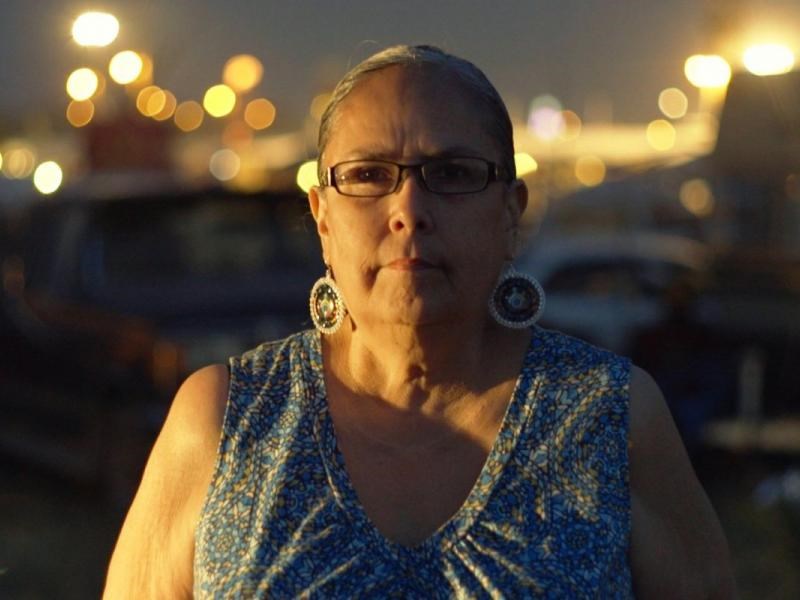 From April 21 until May 9, artsPlace is presenting the film Blood Memory and will host an on discussion with its direcor and Sandy White Hawk (pictured). SUBMITTED PHOTOline

CANMORE – It took almost a decade to make the documentary film Blood Memory.

Focused on the little-talked-about period from 1958-67 in the United States, the Indian Adoption Era saw the federal government remove 35 per cent of Indigenous children form their homes and families.

It is a trauma and a history that director Drew Nicholas explores in the film by following the story of Sandy White Hawk as she organizes a ceremony for the first time to bring together those taken from the Rosebud Sioux Tribe and put up for adoption, or in foster care. White Hawk, an international child welfare advocate, was born in that community and taken from it more than 60 years ago.

"This film took nearly 10 years to make because the story demanded patience, respect, and commitment to community relations," Nicholas said in an email.

"Our goal was not to take a story from the community to shock a broader audience, but to find a way in which the film would empower the community who shared their stories with us.

"The lessons within the film will hopefully guide all those who view Blood Memory to better understand the impact adoption has had on Indigenous communities and help break the silent barriers to true reconciliation."

The film is being presented by Canmore's artsPlace for free streaming from April 21 to May 9. Nicholas and White Hawk will also participate in a discussion on Wednesday (May 5) when they will be interviewed by Bow Valley locals Travis Rider, a Stoney Nakoda community member, and Métis Elder Darin Ladouceur.

The online discussion is part of artsPlace's free Cultural Learning Circles program, held the first Wednesday of the month.

Dawn Sanders Dahl, Indigenous relationships and programs manager at the Whyte Museum, believes Blood Memory is an important film for Canadians to watch as it addresses similar issues that Indigenous people experience in this country, including the '60s scoop, the reserve system, and how government policies like the Indian Act and Treaties continue to affect them.

"There are people who live here who have similar experiences and this film may resonate with them," Sanders Dahl said in an email. "And there are people here who do not have connection to the original first peoples of the Bow Valley.

"This film may help provide an understanding around what the barriers are – not only in the USA – and why politics and forced assimilation has created challenges for Indigenous peoples in so many different ways."

Saunders Dahl and the Whyte helped bring the film to artsPlace for this month's Cultural Learning Circle. She said many Indigenous people have similar feelings of not belongin, or being displaced, when it comes to their identity and culture.

"My prayer is that all nations may build a trail together for the stolen ones to find their way back home to the families they weren't allowed to know, to the culture and spiritual ways of being that has and continues to be a salvation to those of us who have been torn apart emotionally, physically, spiritually and mentally by colonization and its effects," added Métis Elder Ladouceur in an written statement.

The online discussion will be a free virtual event for those who register to download the film on the artsPlace website.