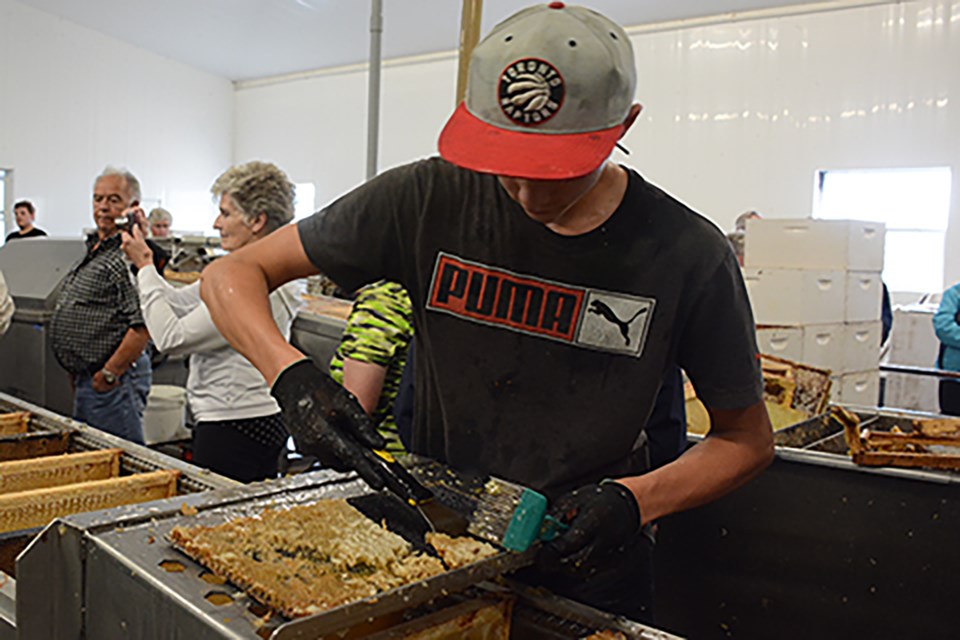 WESTLOCK – Agriculture Canada recently deemed agriculture and agri-food essential services in Canada, but in many instances, there are roadblocks due to the COVID-19 pandemic that will make it difficult for some sectors of agriculture who have depended on seasonal labour year after year. Workers come from countries like Mexico and the Philippines, normally do the seasonal work, and return to their homes for the winter.

Temporary foreign workers have filled that gap over many years in such agriculture work as market gardens and honey production and on farms as well. Many return year after year, and are very familiar with the work they have to do, which is often quite physical. But while the federal government has allowed the temporary foreign workers program to go ahead with modifications to account for COVID-19, employers are experiencing hurdles getting workers into the country.

Workers in the beekeeping industry, for example, should already have arrived at the beginning of April, according to the beekeepers of Alberta. Depending on the size of their operation, some beekeepers hire four or five or as many as a dozen workers each year.

This year, it’s become much more difficult for them to travel around to get their paperwork.

And even if they were to arrive as early as this week, for example, they would be subject to the two week quarantine period required. Employers would have to pay them for that time as well as any work they would be doing later on. Add to that, the process of getting work visas has stalled in some countries.

Some might suggest with all the job layoffs currently, why not hire local.

Bill Termeer, a beekeeper near Sexsmith in the Peace River country said in a recent release it’s a struggle to hire locals to do the seasonal work. “Albertans don’t want to come back to the job year after year.”

An April 7 CBC release notes Canadian farmers bring in thousands of foreign workers every year to plant and harvest crops.

Is hiring locals an option?

Beth Connery, labour chair for the Canadian Horticulture Council said there are risks to replacing temporary foreign workers with Canadians. “What happens if things go back to normal and those people go back to their old jobs? And if we’ve got crops out in the field, how will they be harvested?”

Food production is important. So is honey. Without workers, some farms and market gardens wouldn’t be able to produce the amount of food as normal, which in turn could create a shortage. And if beekeepers can’t get workers, they would have to cut back as well, and bees are important to agriculture in pollinating plants as they gather nectar. Without pollination, plants won’t produce.

COVID-19 has presented some very difficult scenarios beyond what most people feel as a current inconvenience and loss of jobs. In agriculture, the effect could be much greater than many realize. Hopefully, in the very near term, those who employ temporary foreign workers will be able to move forward.

Justin Lawrence, spokesperson for Alberta’s Agriculture and Forestry Department said in a recent email that the department has asked the federal government to increase flexibility for farmers in the business risk management program. He added the government has several financial aids for farmers, including $153 million in a disaster relief fund and $74.7 million to help cover insurance claims and pay income support for workers.