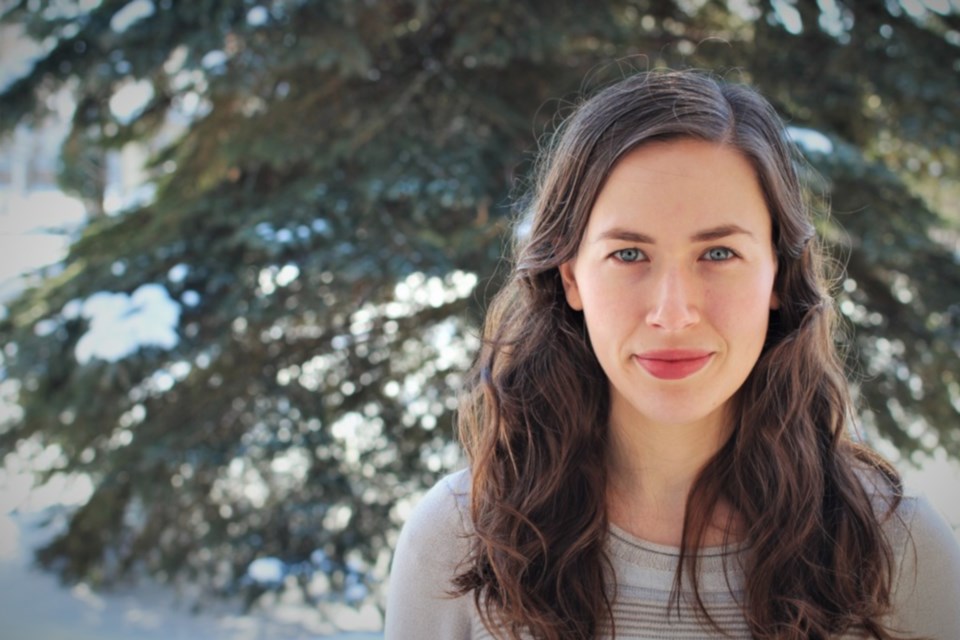 Athabasca University tutor Dr. Susan Cake is challenging long-time president Gil McGowan for the leadership of the Alberta Federation of Labour (AFL) at the May 13-15 convention.Supplied/Susan Cake

ATHABASCA - The next president of the Alberta Federation of Labour may have an Athabasca connection.

Thirty-three-year-old Cake has a Ph.D. in Sociology from the University of Alberta and has been working as a tutor at Athabasca University (AU) in the Faculty of Humanities and Social Sciences as well as the director of policy analysis with the AFL, but got her start in labour activism in Ontario at the tender age of 11 when teachers went on strike under then premier Mike Harris.

“My sister and I were kind of left to our own devices, she was older than me, so she was keeping an eye out on me,” Cake said in an April 21 interview. “And she was like, ‘Well let's go down to school and see what's happening’ and that was the first time I had ever seen a picket line.”

From that day, Cake spent a lot of time supporting the teachers in the 1997 strike, which was the largest teachers' strike in North America with most of the 126,000 public and Catholic teachers walking out of nearly 4,742 schools, over Ontario’s proposal to overhaul the education system.

“There's a lot going on for labour in Alberta right now,” Cake said. “We're having a lot of legislative changes, there is a lot of shifting of the ground in terms of how workplaces function, how they operate because of COVID.”

She sees the challenges as an opportunity for the labour movement to refresh itself and move forward.

“That's the direction I would love to see a movement that I've been part of for years take, and it wasn't necessarily taking that and so I (decided) if I want this change to happen — and I think others might — I'm going to try to go ahead and make that change,” she said.

Cake grew up in a labour-blended household; her father worked in the automotive industry, but was never part of the union, and her mother worked in unionized jobs almost exclusively.

“He ended up being in various non-unionized places, but benefited from the union,” said Cake. “So, what his employer would do was benchmark everything to the next unionized site, which is a tactic to avoid having a union.”

But, Cake said, it was her mother who had more stability.

“We knew growing up who took us to appointments, who we called when we were sick from school was my mom because she had a more secure job,” she said.

She also saw her mother fall victim to privatization when the company she worked at for over 30 years was sold and the new company tried to get sites decertified and fired Cake’s mother for a repetitive strain injury.

“They tried to escort her out and she's like ‘No one goes in my locker,’” said Cake. “She caused a huge kerfuffle; all of the staff were crying. She was really key to their community.”

It was that combination of her mother’s activism, watching the teachers strike and growing up in a working-class family that inspired Cake to get involved in the labour movement.

“She really is the one that taught me when you see something that's wrong you stand up for it, even if it's not affecting you,” she said.

Now Cake will be facing McGowan who has been AFL president since Ralph Klein was premier.

“This is the first time in 16 years that there is a contested presidential election. So, it's the first time that folks get to make a decision,” said Cake. “I think that's great, that's fantastic.”

Her platform includes focusing on organizing and engaging the AFL membership and changing the messaging of the organization.

“I want to pivot to more values-based messaging, because I believe that you move people no matter where they are on the political spectrum based on their values,” she said. “I think the labour movement has winning values; the values that I believe Albertans do have and we've seen evidence of it — taking care of your neighbour, responding to things collectively, making sure everyone's okay — values of fairness, a fair shot in life, a fair chance to succeed.”

She also wants to amplify the voices and stories of workers from across Alberta highlighting their lived experiences.

“This is how you translate government policy for folks in a meaningful way,” she said. “Talking about how it impacts them in their lives and their communities, in their workplace.”