Dr. Kent Bernes receives the award for his work in promoting rural medicine
Jun 1, 2021 8:00 AM By: Barry Kerton 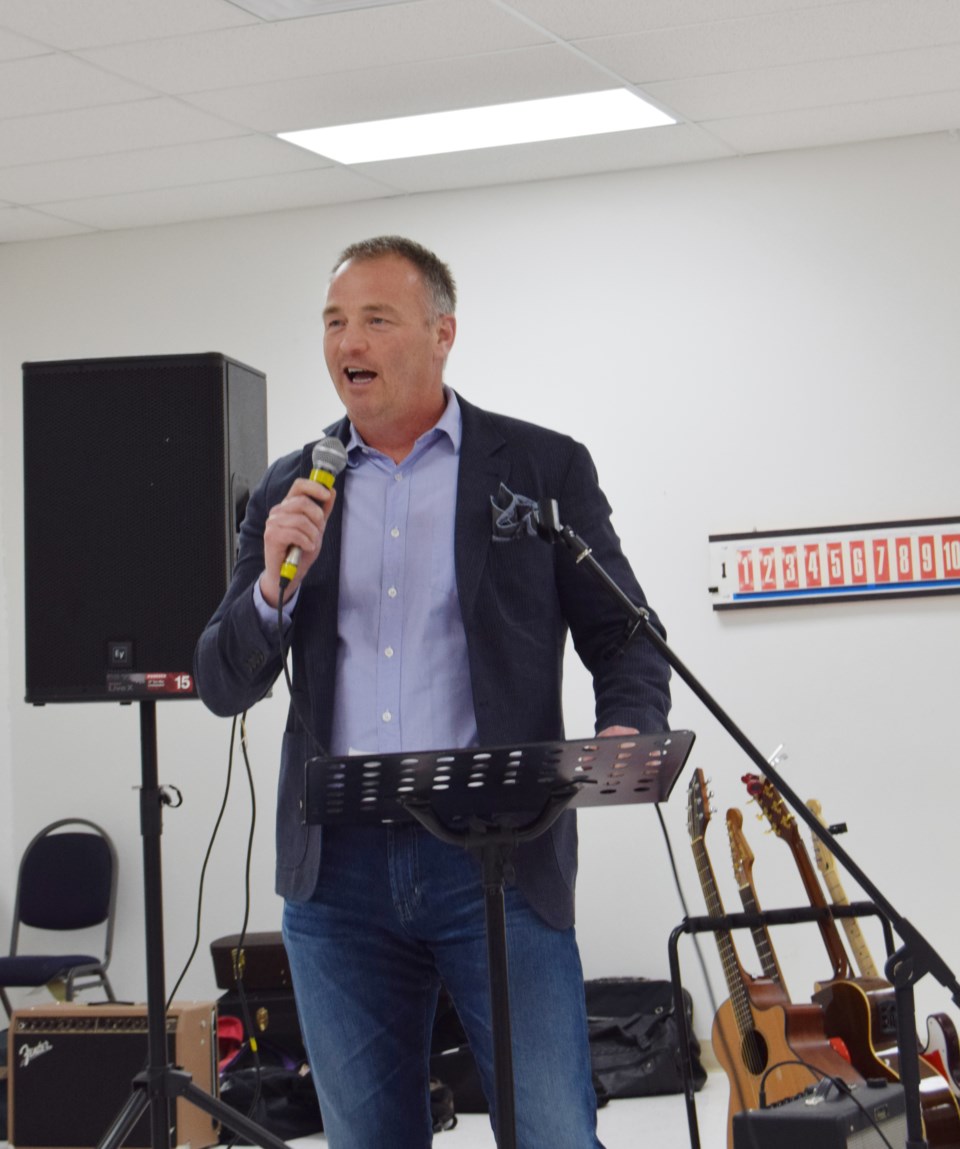 RhPAP announced that Dr. Kent Bernes won the award through its website on May 26. It recognizes the contributions of rural physicians, especially those unsung heroes who provide Alberta rural communities with outstanding patient care, and who make notable contributions to both medical practice and their communities.

The province established RhPAP in 1991 to address the shortage of medical professionals in rural communities.

Bernes came to Barrhead 28 years ago and now serves as the community's medical director. This is in addition to having his medical practice as part of Barrhead Clinic.

When Bernes first came to Barrhead, he believed it was only going to be temporary, perhaps a year or two.

"I was going to pay off some of my student loans, then go back to school and become a pediatrician and practice in the city,” he told several university students during a RhPAP Skills Day event in Barrhead in 2019.

However, things changed quickly and Bernes found himself married with two young children.

“Do I regret not going back to school and becoming a pediatrician? I don’t think so. There are a lot of benefits to being part of the medical community in a small community," he said, adding he tells young medical professionals about those benefits whenever he can.

RhPAP executive director Bernard Anderson said Bernes was selected based upon numerous glowing recommendations and testimonials from the Barrhead community speaking to his dedication to his patients, his colleagues, and his students.

"It is clear from the letters that accompanied the nomination for this award that Dr. Bernes is a valued member of his community,” Anderson said. “He has played a key role not just in shaping what health care looks like in Barrhead, but also in influencing his colleagues and students in their love of rural medicine and providing them with a wonderful environment in which to work.”

Anderson added that Bernes' leadership ability in his role as the medical director has allowed him to build and expand the local hospital and assemble a talented and dedicated team of health professionals.

The Barrhead Leader reached out to the pair because they have worked with Bernes as part of the Barrhead physician attraction and retention committee (ARC). Penny is the town council's current representative, while Lyster served on the committee for several years.

Penny also worked with Alberta Health Services (AHS) for several years in different capacities, the latest being a manager of a seniors’ health area in the AHS north zone before she retired. She started her career in Barrhead as a registered nurse working at the Healthcare Centre.

Both Lyster and Penny singled out Bernes for his efforts in oncology and cardiology by seeking out specialized training so residents needing cancer or heart treatment did not have to leave the community.

However, they both said that while Barrhead residents, especially those who are patients of Bernes, have benefited from his skill and knowledge as a doctor, the community has benefited even more from his mentoring efforts. Not only mentoring his fellow physicians and university students about medical techniques and potential specialities but where they might want to practice.

"Guiding students, residents and other young people that working in a small community is not a bad thing to do," Penny said. “If a young medical professional had any thoughts of becoming a specialist after working in a small community for a while, they quickly realize that they will not get pigeonholed. You get to do a bit of everything and that can be very appealing. Dr. Bernes and his career is a good example of that.”

Lyster said while Bernes was instrumental in ARC's efforts to bring Skills Day to Barrhead, it is only a small part of his efforts to bring light not only the need for medical practitioners in rural Alberta but the benefits of practising medicine in a rural community.

"I am so thrilled that he has been recognized for his efforts. Any accolades he receives are well deserved. He has been actively recruiting, taking on leadership and just doing great work for the benefit of our community,” Lyster said.

As for Bernes, he said he was taken entirely by surprise.

Although he knew the Barrhead ARC committee had submitted his name for consideration for the Rhapsody Award, he did not believe he was truly in contention.

"There are just so many deserving individuals," he said. "The website calls [Rhapsody Award winners] "unsung heroes. I'm not sure I feel like a hero, but I have certainly have been trying over the years. It is just a huge honour. I'm indebted to the community who have been very supportive of me and to all my colleagues, they are a great team ... to receive such accolades, it is amazing."

RhPAP celebrates Rhapsody Award recipients with a recognition event in their home community. Unfortunately, due to COVID-19, the event had to be postponed. However, RhPAP said the event will be rescheduled as soon as public health restrictions allow. More than likely, it will be sometime in September. In addition to the Rhapsody award itself, RhPAP makes a monetary donation to a local non-profit organization on behalf of the recipient.