FCSS executive director says the Thrive program will not be renewed after its current funding runs out unless a new funding source is found
Jan 14, 2020 3:35 PM By: Barry Kerton 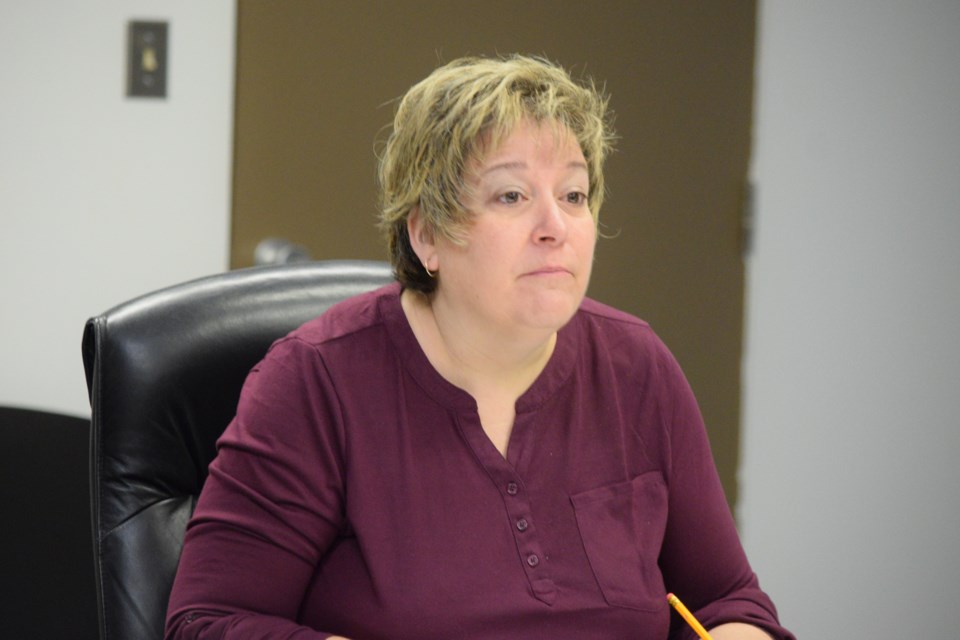 BARRHEAD - Barrhead's Thrive program might soon be becoming to an end.

That is what Barrhead and District Family and Community Services (FCSS) executive director Shelly Dewsnap said to County of Barrhead councillors Jan. 7.

Dewsnap was at the council for her regular quarterly report as well as to answer any questions regarding the organization's 2020 budget.

“This is probably going to be the last year of our Thrive program,” she said.

Thrive is FCSS’s family violence and relationship abuse prevention initiative. It gets its name because that is what they hope its clients will do after accessing its services.

Although Barrhead’s FCSS is unique in the province, in that they are a stand-alone not-for-profit organization, they like all other FCSS organizations in Alberta receive a large portion of the funding through the municipal and provincial operating grants. The province is responsible for 80 percent of base funding while municipalities contribute 20 percent. In recent years, the Barrhead municipalities have contributed more than their required base funding amount.

FCSS’ base 80/20 funding must be used for programs of a preventative nature. As Thrive is more of a reactionary program, in that its clients seek out its services after suffering abuse, the agency had to seek out alternative funding.

In March 2018, this funding also came to an end. However, the program was able to continue thanks to FCSS community fundraising efforts.

This includes $30,000 contributions from both the Barrhead Rotary Club and the Town of Barrhead.

“Unless there is a sustainable government grant out there, we would be hard-pressed to continue to fundraise the $30,000 to $50,000 yearly needed to sustain the program,” Dewsnap said.

That being said, she is hopeful the province will come up with a new funding model that would let the program continue in some form.

Dewsnap said FCSS continues to work with the province to come up with a replacement for the loss of Parent Link.

In November, the province announced that it would be cancelling the contracts and grants with 300 organizations that operate Parent Link Centres and similar programs. Parent Link Centres provide free programming and resources for families with young children (infants to six-years-old) as well as Early Childhood Development (ECD) funding.

The government plans to replace them with Family Resource Networks (FRN) by March 2020.

She said although Parent Link was not an FCSS program, its cancellation does impact the organization.

Most notably, Dewsnap said the loss of Parent Link will mean increased costs to FCSS as they will no longer be able to share expenses, such as the lease on the building they shared, as well as the income from administration services they supplied.

That being said, she noted FCSS hopes to step-in to help fill the gap left by Parent Link.

“We have put in a proposal ... and I hope we are successful,” Dewsnap said, adding even if they are successful, the contract would be for much less than what Parent Link received.

Although the province did not cut back FCSS funding, other provincial cuts, as well as inflation, could mean the FCSS programming is in jeopardy, one of them being the FSL.

The purpose of the FSL program is to provide help to students to find the right supports to meet their daily needs. FCSS provides FSL programming in partnership with Pembina Hills School Division (PHSD) and Woodlands County.

Normally, Dewsnap noted the FSL program has two workers, but because of an inability to come to a funding agreement with PHSD, FCSS was unable to fill one of the vacancies.

“We are committed until December 2020 and we hope that after the spring budget Pembina Hills will come on board again,” she said.

Due to funding constraints, FCSS will be scaling back its youth programming.

“We have spent our casino funds and our next one [casino] isn’t until 2021, so we are operating completely through community and FCSS funding,” Dewsnap said.