BRFS chief Gary Hove says the grass is so dry the smallest spark could start a wildfire
Apr 17, 2021 12:00 PM By: Barry Kerton 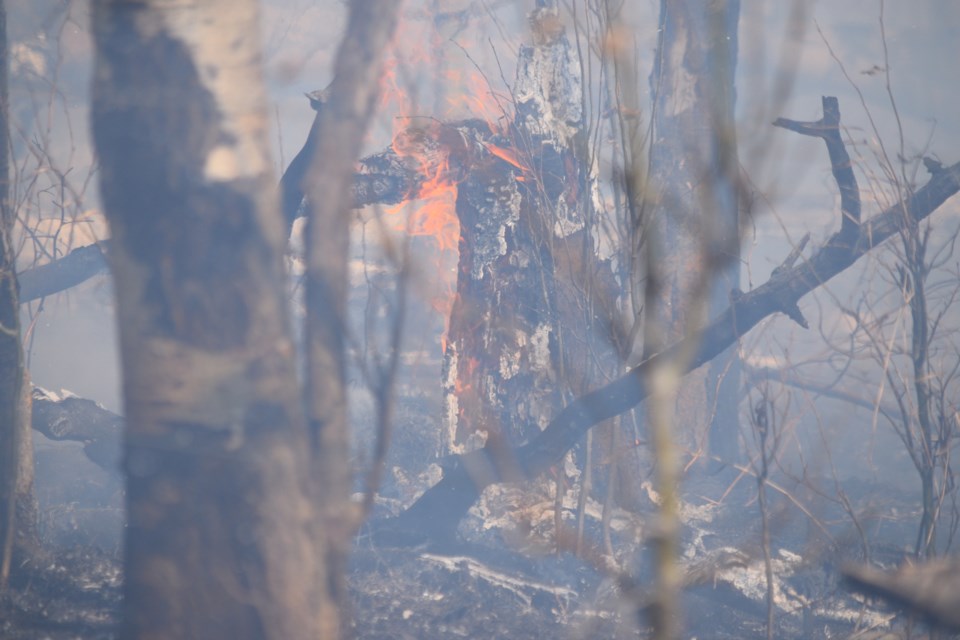 A Barrhead Regional Fire Services were called out to a grass fire on April 13 on a property off of Range Road 32. It was one of several grass fires the fire department has attended in the last week. Barry Kerton/BL

If anyone had any doubt, all they have to do is talk to the Barrhead Regional Fire Services (BRFS).

As a result of the dry conditions, the BRFS issued a fire ban/restriction order starting April 16 at 4 p.m.

The ban prohibits all campfires and other open fires or charcoal briquettes in the backcountry or random camping areas. It also suspends all new fire permits issued for large burning, brush piles and windrows.

BRFS chief Gary Hove noted that although all County of Barrhead and Town of Barrhead campgrounds are closed and therefore campfires are not permitted at these locations.

No fire permits will be issued for the duration of the Fire Restriction, as per the Forest & Prairie Protection Act.

Not included in the ban are "safe fires" contained in cooking and heating appliances and which are fuelled by fluids or gases such as barbecues.

Hove also encouraged people to postpone burning if possible and if they choose to burn in an approved burn barrel, backyard fire pit or under an existing permit to use extreme caution.

"Not should people exercise extreme caution if they do decide to have a fire," he said. "The grass is quite dry right now, so people really need to remember not to throw their cigarette butts out the window and to look underneath their vehicles, especially if they are hauling something, to see if a chain is dragging because in these conditions the smallest spark could start a fire."