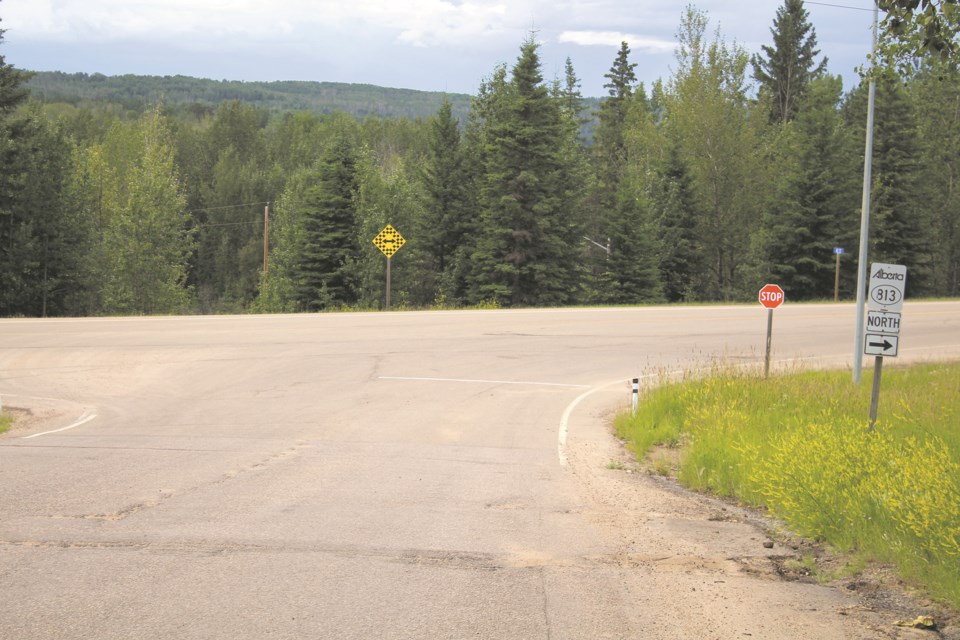 Town of Athabasca council have concerns about some slippage occurring around the intersection of Hwy 813 and 43 Street.  Heather Stocking/T&C

ATHABASCA – When the Town of Athabasca council met July 14, they raised concerns about slippage around the intersection of Hwy 813 and 43 Street and hoped that this issue can be addressed during some preliminary work.

Council was going to send a letter to Alberta Transportation to look into it but Coun. Dave Pacholok explained that some initial work was set to begin regarding the bridge replacement so they hoped the concerns could be addressed sooner than later.

"We know that they will be starting to do some work on the bridge within the next couple weeks. The only thing was that we were concerned about a little bit more slippage is going on the curves coming down in front of Home Hardware – those areas that seem to be slipping a little more – and so we wanted to address all of them with the Transportation people so that our concerns are recognized,” said Pacholok.

Council decided to send a letter thanking the representatives from Transportation for listening to their initial concerns about the bridge and to request the slippage issue be added to the work that is underway.

“The reason for our letter now is so that we include the addition of the intersection of Home Hardware; was to consider addressing it at the same time,” said Coun. Rob Balay.

In response to a July 13 email from Town and Country This Week asking for an update on the timeline of the replacement of old bridge Brooklyn Elhard, assistant to Transportation Minister Ric McIver, replied July 17.

“The detailed design is almost complete and utility relocation has begun. Alberta Transportation expects to tender the project later this year, with construction to begin in 2021. The project remains on track for completion by Winter 2024,” said Elhard.

Woman dead in collision with moose
Aug 5, 2020 9:37 AM
Comments
We welcome your feedback and encourage you to share your thoughts. We ask that you be respectful of others and their points of view, refrain from personal attacks and stay on topic. To learn about our commenting policies and how we moderate, please read our Community Guidelines.