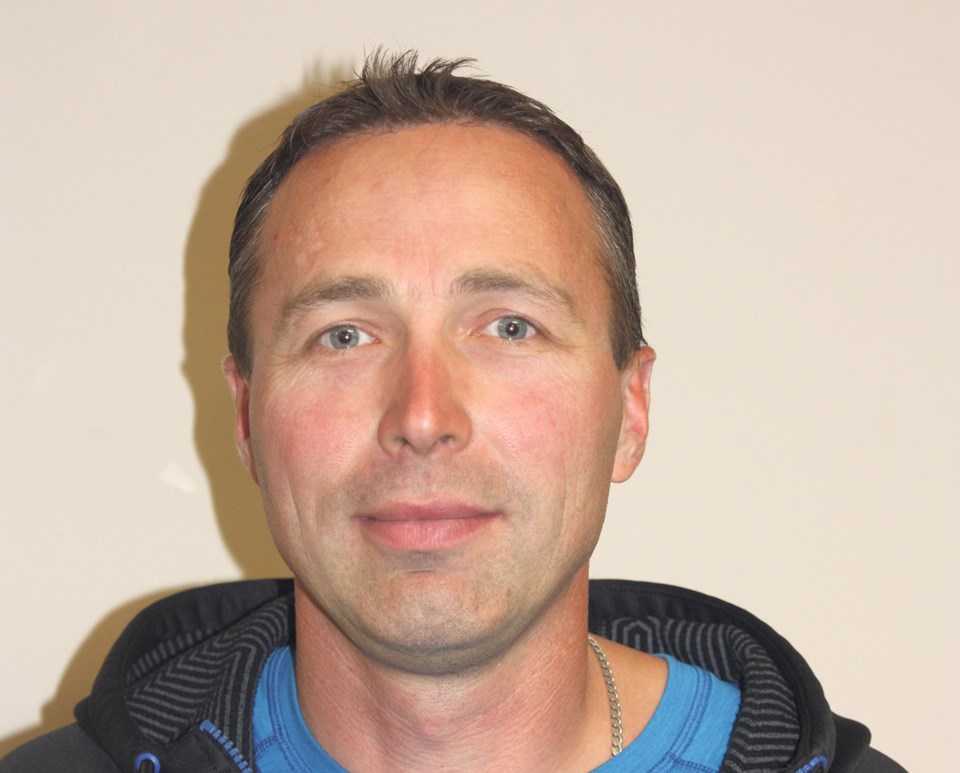 Jared Stitsen is the first Westlock County incumbent to declare his candidacy in the Oct. 18 municipal election. In addition to being reeve, Stitsen, who hails from Busby, represents Division 2 on council.

WESTLOCK — The first of the incumbent candidates for a seat on Westlock County council, current reeve Jared Stitsen, says he has a lot of good work to continue as he makes his reelection bid.

The 42-year-old Busby fire chief says it took a while for the current council to find a rhythm, but things have been progressing in the last year.

“I just see that there’s lots of work left to do. There's some great things we started, we kind of were spinning our wheels, if you will, for the first part of our term. We had some CAO issues and now we’re moving along with Rick (McDonald) as our interim, and now with Kay (Spiess), we’re getting to where we’re actually getting things done, right?” Stitsen told the Westlock News July 14, the day he submitted his nomination papers for his Division 2 seat.

“It's the working stage of it. It seemed like it’s the last year that we actually got things accomplished that we wanted to have so that’s exciting. I wish it would’ve happened in our first or second year, but sometimes that’s how it goes. We're moving onward and upward and I just want to continue on with that.”

At the top of his list of priorities for an upcoming term — and reasons for seeking reelection — is economic development.

"Everybody knows Westlock County is in a bad position for funds with the decline in income over the years, and of course the rising costs. Things should’ve been done years ago with economic development, but we’re committed to doing it now and I kind of want to see this initiative through and work to make Westlock County a better place,” Stitsen said.

“We need to bring more into Westlock County. We can’t do things like we did five, 10, 20 years ago. We have to move forward. We're kind of behind the ball on it but definitely it’s what needed in Westlock County. We want the county to still be here, exist in the future.

“We want to work on economic development and bring more into Westlock County. We need a bigger tax base, we can’t be relying on the same residents for all the taxes,” adding that he doesn’t like the county’s high taxes either and wants to keep the transfer sites open.

He added collaboration with the Town of Westlock has been improving, including in service-provisions. During his tenure as councillor and later reeve, the two have signed intermunicipal development plans, and have created the regional economic development committee, together with the Village of Clyde. The consultant the three municipalities have hired is scheduled to deliver an economic development plan in September.

The three are also the recipients of a grant for emergency services to conduct a review and come up with a regional approach that will include firefighting.

“I really like that we’re working together. It's awesome,” Stitsen said.

He added too that under McDonald and Spiess’ CAO tenure, employee relations at the county have improved.

“They had a lot of pressure on them, and it’s great to see now the improving in the workplace culture. They’re excited to get back to work and work on the projects, this is what we need. There shouldn’t be any stress in the workplace and it’s a win-win for everyone.”

"If I do happen to get in and the new council wishes, I would definitely like to continue and do more. There's so many things to do. It’s a different perspective as reeve, there’s a lot more moving parts and I enjoy that, I like getting to meet with the residents and being the spokesperson for the county. As reeve, you’re up front, meeting with them more often and I really enjoy the one-on-one, meeting up with the residents.”