Dave McKenzie says career opportunities are the main reason why physicians decide to leave Barrhead
Jan 5, 2020 8:46 AM By: Barry Kerton 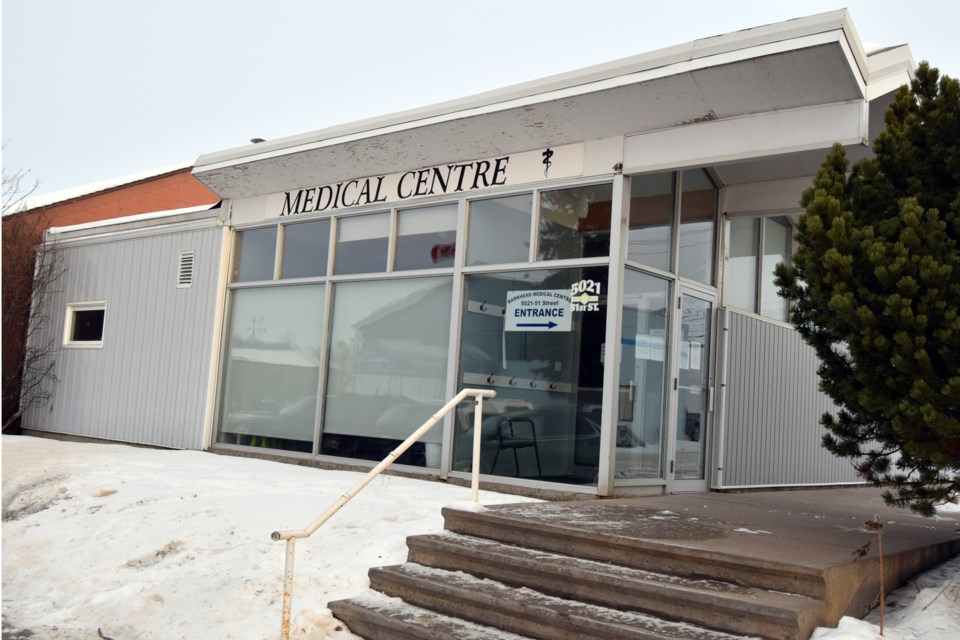 A casualty of Barrhead not having enough family doctors is that the Barrhead Medical Centre was forced to close its doors after its last two remaining physicians left the community in December. The good news is that there are rumours an interested party is interested in taking over the practice. Barry Kerton/BL

BARRHEAD - Barrhead residents continue to be concerned about the apparent lack of health professionals practicing in the community.

To be more specific, they believe there are not enough family doctors to serve the community.

That is what Town of Barrhead mayor Dave McKenzie told the Barrhead Leader on Dec. 30.

The Leader asked McKenzie about his opinion on a possible lack of family doctors after hearing from readers who were having difficulty finding a regular family doctor.

Over the last year, the community has lost five doctors, including two general practitioners in December from the Barrhead Medical Centre. The loss effectively closed the clinic.

He said that although municipalities have little influence in recruiting physicians, the real or perceived lack of doctors is a concern they have for the entire community.

Alberta Health Services (AHS) determines how many physicians communities need and is the active recruiter to fill vacancies.

“It makes it hard to market a community if you don’t have good medical services,” he said. “It is one of those amenities you need to have just like having a good fire and police service, or education.”

McKenzie is quick to point out that Barrhead is fortunate to have a skilled and dedicated medical community starting from emergency first responders in the ambulance service and fire department, to the doctors and nurses working in the medical clinics and the hospital.

Having said that, he was concerned when he heard that so many doctors were leaving the community which is why the town formed an ad hoc committee to conduct exit interviews with departing physicians.

McKenzie noted that exit interviews are common within large organizations he and the business community were curious about the recent physician departures.

And although he reiterated the municipality, residents and the business community have little input on who and how many physicians AHS recruits, they do play a crucial role in their retention.

Playing a role in making sure medical professionals feel welcome in the community is Barrhead’s Physician Attraction and Retention Committee (affectionately known as BARC).

Although Barrhead has had a Physicians Attraction and Retention Committee since 2007, for many of those years the committee only consisted of the Town of Barrhead mayor and Rita Lyster, a long-time Barrhead pharmacist.

In the summer of 2018, the seven-member committee that includes representatives from both Barrhead municipalities and the medical community, as well as community members at large, was revitalized.

While BARC is an independent committee, it works closely with the Rural Health Professions Action Plan (RhPAP).

The province established RhPAP in 1991 as a way to address the shortage of medical professionals in rural communities.

In October, BARC hosted a thank you dinner for Barrhead’s medical professionals.

What the committee learned through the interviews, the reasons why the doctors decided to leave varied, by and large, it was to pursue other professional opportunities.

“Every one of them said how much they enjoyed the community and felt they were well received,” McKenzie said.

He said the doctors, most of which came from outside Canada, were pleasantly surprised by the community’s diversity.

Courts must go on and Legal Aid Alberta is here to help
Aug 8, 2020 3:01 PM
Comments
We welcome your feedback and encourage you to share your thoughts. We ask that you be respectful of others and their points of view, refrain from personal attacks and stay on topic. To learn about our commenting policies and how we moderate, please read our Community Guidelines.