Fire chiefs want you to test your CO alarm 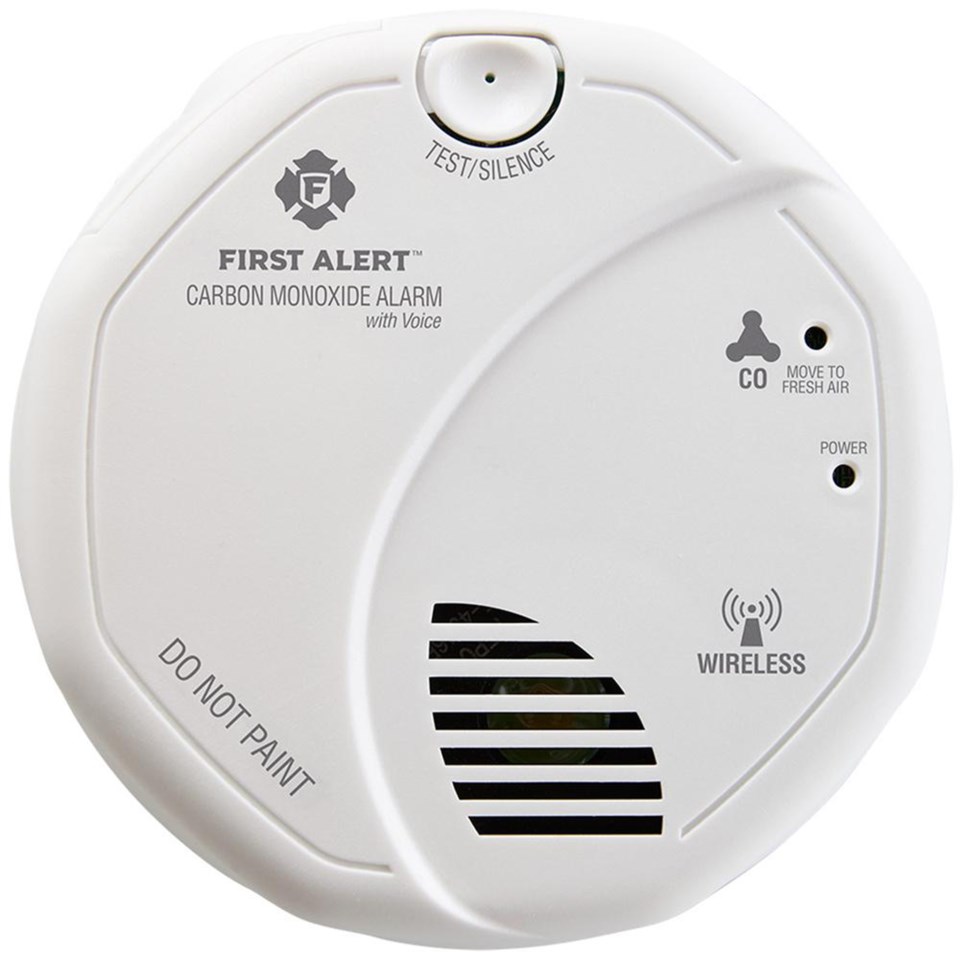 WESTLOCK - Seventy per cent of Albertans have at least one carbon monoxide alarm, but less than half are likely to test them even once a year.

That from the Alberta Fire Chiefs Association (AFCA), which launched a carbon monoxide (CO) awareness campaign last week, urging people to test their alarms at least once a month.

The campaign is intended to motivate Albertans to take account of the alarms in their homes and make them “unignorable” by “sticking eyes, moustaches, ears or other human-like features” on them.

“They had a detection device, so they were notified that there’s a problem in the home. There was enough (CO) in the home to be fatal,” he said.

“Although carbon monoxide alarms are becoming more common, our research shows that not enough Albertans are testing the alarms they have or (are) concerned about the risk,” said AFCA executive director Fred Tyrrell said in a press release.

Significantly, AFCA’s figures show that only 29 per cent of people are concerned about carbon monoxide poisoning.

“Carbon monoxide is known as the silent killer. You might have light symptoms, the typical aches and pains, you may think you’re just coming down with something,” said Biro.

Only a working carbon monoxide alarm can detect the substance properly since the gas is invisible and odourless, but it is highly poisonous.

Although most people typically think the furnace is the source of CO emissions in the home, the AFCA says homeowners should also pay attention to gas-stove ranges, fireplaces, space heaters and dryers – all are potential sources of carbon monoxide from improper use or lack of maintenance.

In the event of a CO alarm going off, a 911 dispatcher will typically instruct the individual to exit the home, said Biro.

“A lot of times, when we get on scene, they’re sitting in their vehicles outside.”

Once there, firefighters in self-contained breathing apparatuses (SCBAs) will test the home with a gas monitor, registering the levels of CO in the home and looking for the potential source of the leakage. The testing is then followed up with the appropriate utility company.

“We’ve had our experience with fatal carbon monoxide (in the county and in the town) … about five years ago.”

Every year during fire prevention week, local firefighters encourage people to install carbon monoxide detection devices in their homes. Around Westlock, fire associations will be spreading the message via social media as well.

Vandals strike Pirate’s Hill
Jun 5, 2020 11:29 AM
Comments
We welcome your feedback and encourage you to share your thoughts. We ask that you be respectful of others and their points of view, refrain from personal attacks and stay on topic. To learn about our commenting policies and how we moderate, please read our Community Guidelines.