Grads will shine bright in ‘Hollywood’ 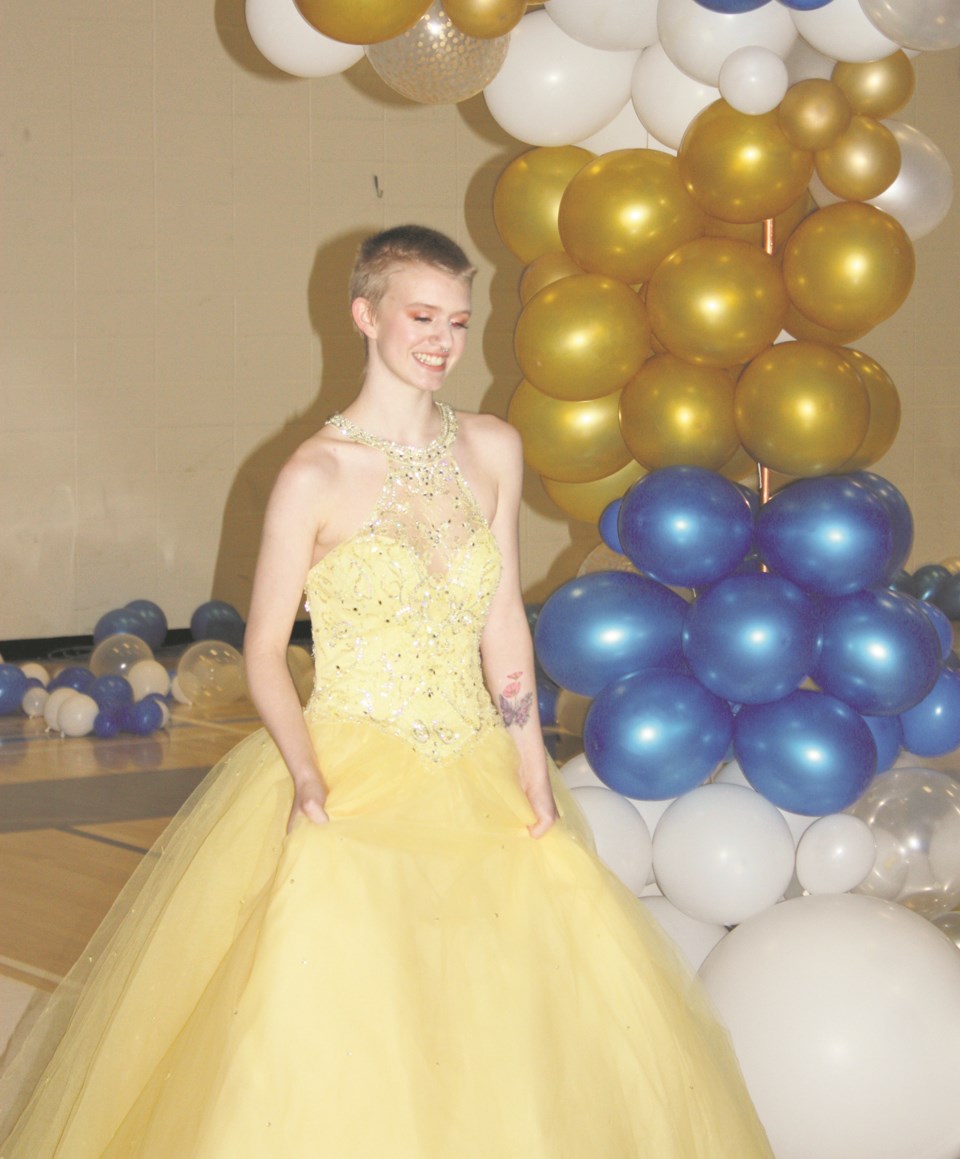 In 2020 Megan Chamberlain took part in a very different looking graduation ceremony held in September due to the outbreak of the pandemic. This year the format will be similar but will include caps and gowns instead of suits and fancy dresses at the June 25 celebration. File

ATHABASCA — In many ways this year’s graduation ceremony at Edwin Parr Composite (EPC) will be the same as last year, but with a few added surprises.

Associate principal Sean Morrison – also an EPC graduate not that many years ago – said in a June 17 interview the theme chosen by the 113 grads is ‘Hollywood’ but he wouldn’t divulge many more details than that.

“I don't want to give away everything that we're doing at grad because I want there to be a surprise for the grads,” said Morrison. “We're trying to try to make it a surprise, a little bit, for everybody.”

One of the new things he did confirm, and isn’t a secret for the graduates, is a new dress code of sorts.

“This is the first time EPC has ever been cap-and-gown,” he said. “We were moving to that (anyway) and we said, ‘Let's just bite the bullet.’”

Last year’s ceremony was postponed until September, but this year it is June 25 and even though the date is more familiar the process is still closed to the public following COVID-19 protocols.

“They come in their masks – the grad isn't because they'll be walking alone the whole time spaced from everybody – so the guests go to a designated area which is actually right in front of the stage,” said Morrison.

Each grad will have their photo and biography on the video wall above the stage in full view of their guests, they will be presented with their diploma and any awards before the guests and graduate move outside for the next group to enter.

“We stagger it; basically, everybody's doing the same thing,” he said. “The only people in the gym are the grad and their immediate guests.”

Morrison added the format will likely go back to the old version one day – 1,400 people attending in the Multiplex Fieldhouse – but for now he appreciates the more personal touch this format offers.

“In a typical grad (ceremony) the grad gets 10 seconds of individual time; you go and you sit down as a group and then you’re called across stage, shake hands, you leave,” he said. “This way you get the walk, you get sort of a more intimate setting; it's more than a drive-by, but not quite what we do for a normal grad.”

The class is divided into three groups and enter the staging area at 12:30, 1:30 and 2:30 with the ceremony, which will also be live-streamed on the EPC Facebook page, being completed by 3 p.m.